As anyone living a life of continuous wartime stress from either the front line of battle or behind the lines can tell you, one develops a “sixth sense” to protect themselves—to include US Marine Staff Sergeant Martin Richburg, who in 2006, used his “sixth sense” in the Iraq war zone to protect himself and his fellow soldiers from hidden improvised explosive devices—and is important to note as what happened with Sergeant Richburg is part of the multi-million-dollar scientific research being conducted since 2014 by a team of US Navy scientists led by Dr. Peter Squire from the Office of Naval Research (ONR)—and are research scientists who know this mysterious intuition, called by many US Navy sailors and Marines their “Spidey Sense”, is provable and real—with Dr. Squire and US Navy Lieutenant Commander Brent Olde of ONR’s Warfighter Performance Department for Human and Bioengineered Systems stating about their research:

We have to understand what gives rise to this so-called sixth sense.

If the researchers understand the process, there may be ways to accelerate it — and possibly spread the powers of intuition throughout military units.

If we can characterize this intuitive decision-making process and model it, then the hope is to accelerate the acquisition of these skills.

Are there ways to improve premonition through training? 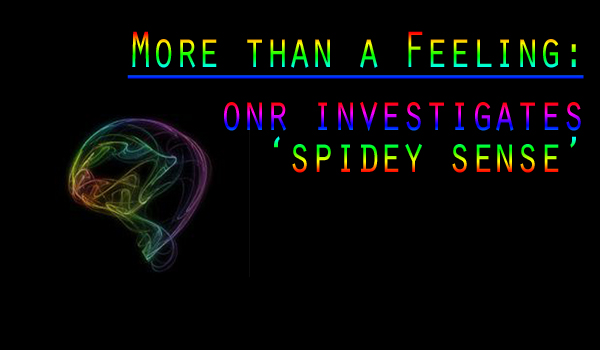 I don’t know if these US Navy research scientists have found a way to improve this “sixth sense” premonition through training, and we all know they’d never tell us if they did—but personally I can tell you that this mysterious intuition is very real for those of us fighting behind the lines of the war against godless anti-Christ socialist globalist demons—and yesterday my “Spidey Sense” went off the charts!

Here’s what happened—my day started off yesterday with a gobsmacking slap to the face over United States Supreme Court Justice Neil Gorsuch coming under a withering socialist attack after he appeared on the popular Fox And Friends morning show and wished its hosts a “Merry Christmas”—as according to these socialists, “Merry Christmas” is no longer a pleasant centuries old season greeting, but is now a “Republican narrative” no longer allowed to be used.

Before I could fully digest this latest socialist outrage, my mind was further assaulted while watching CNN's chief legal analyst Jeffrey Toobin trash in disbelief his own news network because they released a new poll not only showing that a majority of Americans didn’t want Trump impeached, there was a big 13-point shift among Democrats not wanting impeachment—with 90% of them having backed removal last month in November, but whose numbers have crashed by 13 points to 77% where it remains today.

For those like me and the Sisters viewing these events from their greatest historical context, these socialists only erupt in such hate and rage when they know they are losing—something they expected would never occur as they controlled all of the major media outlets to craft and deploy their lies and deceptions—but to their panic and horror, are being battled back against by those of us still telling you the truth—which means we have to be destroyed no matter what.

And that’s what caused my “Spidey Sense” to kick in yesterday—and within a few minutes of it kicking in, saw me receiving a call from the Sisters secretary to inform me that they had just received an email from PayPal informing them that after 15-years of never having as much as single complaint, their account had been permanently suspended with no reasons being given as to why and its stating there was no way to appeal their decision—with PayPal further telling the Sisters that all of their money in the account was going to be held for an indeterminate period of time only PayPal will decide upon—and because of, means that the many of you who give to us on a monthly basis are no longer able to. (at least through PayPal, and I’ll explain this in a bit)

For those of you unaware of how PayPal is eradicating all true news sites opposing their godless socialist views, you should know that what has just happened to the Sisters is nothing new at all—as their destruction of conservative Christian websites began shortly after President Donald Trump took office in 2017—and continues up to today with PayPal being aided by a radical socialist anti-Christian and anti-Trump organization calling itself the Southern Poverty Law Center—who daily gives PayPal a list of pro-Christian and pro-Trump sites to ban—and is so disreputable, the FBI has removed this organization from its list of legitimate resources. 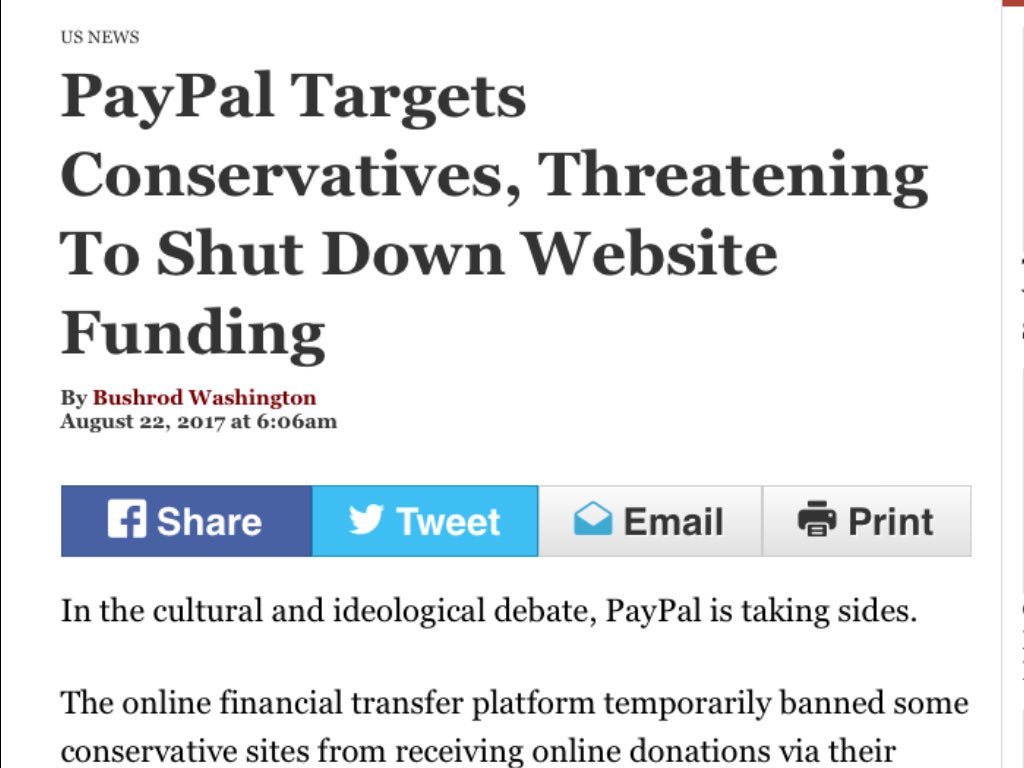 For those of you outraged by what PayPal is doing and believe something can be done, let me assure you this isn’t at all possible—and is best explained by the American nonprofit consumer rights organization Elliott Advocacy who point out: “It’s quite difficult or even impossible to get PayPal to reverse its decision once you find yourself banned, and PayPal will not reveal the specific reason for banning”.

So in going through all of this despair yesterday, and as ALWAYS happens, I received another message from the Sisters containing the words “I know your works. Behold, I have set before you an open door, which no one is able to shut. I know that you have but little power, and yet you have kept my word and have not denied my name.” that are found in the Book of Revelation, Chapter 3, Verse 8—and attached to was technical document from the American “computer angels” who have long aided the Sisters in their mission of truth.

The manifestation of this technical document you can see for yourself by going below and clicking on the “Make A Difference! Donate” icon—which will bring you to the Sisters’ brand new fundraising site which those of you who give on an automated monthly basis are able to continue doing so—as well as those of you give from time-to-time of the generous bounty our Good Lord has entrusted into your care—and which can hopefully help the Sisters in at least recovering the $130 PayPal has stolen from them.

And before I leave you folks, and on very personal note, I have to admit to all of you that the crushing news of what PayPal had done to the Sisters brought me to my knees in tears—an actual sobbing fit I’m now ashamed of because in my dark despair, I momentarily forgot our Lord’s words given to us in the Book of Isaiah, Chapter 41, Verse 10 that say “So do not fear, for I am with you; do not be dismayed, for I am your God. I will strengthen you and help you; I will uphold you with my righteous right hand.”—and is the same “righteous right hand” that’s holding me now as I write these words—and I prayerfully hope is holding you too!

Thank you for listening and aiding us in our hour of desperate need by going below and giving what you can, and, as always, please feel free to write me at sorchafaal@fastmail.fm with any comments/questions/suggestions, remembering to put ATTN: BRIAN in the subject line—and Merry Christmas!