War Has Just Been Declared On Me, On Me Personally—Now I Am Alone, On

This past week saw a seminal turning point (an event or moment strongly influencing later developments) occurring in the United States when 16-year-old Nicholas Sandmann was propelled from obscurity to national prominence—not because of anything this young man had done, but solely because he had the wrong skin colour (white), wrong religion (Christian), wrong sex (male) and wore unapproved headgear (MAGA hat)—all of which were deemed offensive enough by one of the most powerful propaganda machines in modern times (called the American mainstream media), he was set upon by a “social media mob” of hundreds-of-thousands demanding his death. 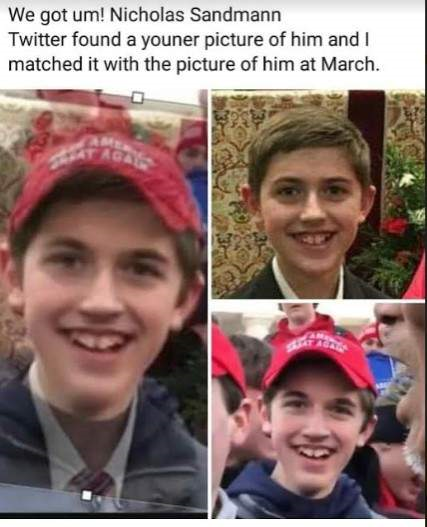 Eighty-four years ago, in 1935, a likewise seminal turning point occurred in the European nation called the German Reich—and was documented by 20-year-old Ulrich Boschwitz who, like Nickolas Sandmann, awoke one day to discover that he had the wrong skin colour (olive), belonged to the wrong religion (Judaism), was the wrong sex (male), and wore the wrong headgear (yarmulke)—all of which caused actual mobs to demand his death after that nation’s vast propaganda machine whipped them into a murderous frenzy.

Unlike Nikolas Sandmann, though, Ulrich Boschwitz didn’t wait around for the mobs to get him—with his first, in 1935, fleeing to Sweden, in 1937 his fleeing to Luxemburg, and in 1939 fleeing to the United Kingdom—who promptly deported him half a world away to Australia, but, in 1942, allowed him to return—but who was killed enroute back to when his ship was torpedoed and sunk.

Ulrich Boschwitz, however, was able to leave behind to all of the future Nick Sandmanns a warning—that’s contained in his book Der Reisende that was written over the course of a few weeks in November-1938 during his exile in Luxemburg while “The Night of the Broken Glass” (Kristallnacht) was occurring in the German Reich, that was the start of Holocaust that claimed tens-of-millions of Jewish lives.

Der Reisende was published in England and in New York as “The Man Who Took Trains” and “The Fugitive” (respectively), and in France as “Le Fugitif”—and whose chilling words Ulrich Boschwitz wrote should slam the American people awake before they suffer the same fate as he did:

It is strange…Ten minutes ago my house, a part of my fortune were at stake.  Now my bones are at stake.  How fast it goes.

Life is forbidden to us … do you want to comply with that?

Failing to heed Ulrich Boschwitz’s warning are millions of American-Christian and President Donald Trump supporters—all of whom are now living on enemy territory where a state of war has been declared against them—but who, like the Jewish peoples that once lived in the German Reich, are failing to awaken to the enormity of the genocidal crimes being planned against them.

Not being understood by the Christians in America why they have to be destroyed is because in 2016, coinciding with the election of President Trump, the world’s top Christian theologians and scholars declared that globalization was anti-Christ and demonic—with their warning that its final goal was to abolish all nations to create a one-world government whose leaders would oversee a new-world religion. 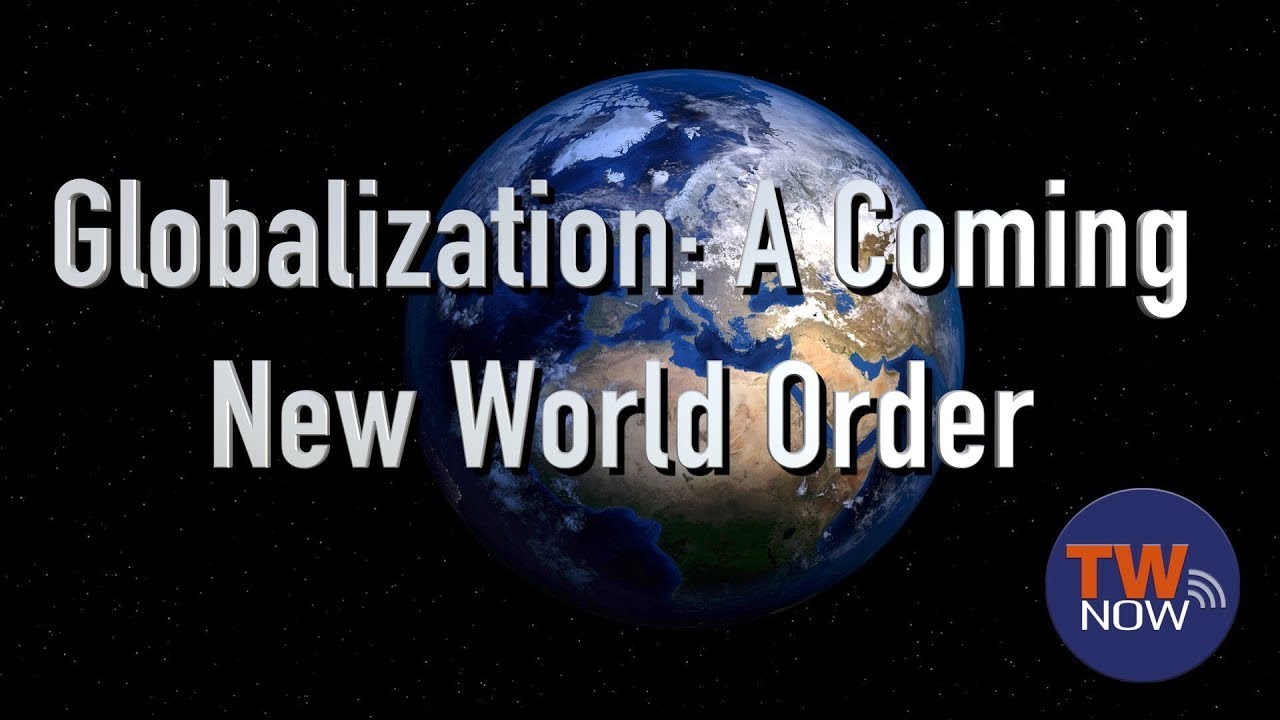 So, it is no wonder that these demonic globalist forces began a police state takedown of President Trump and war against all of his Christian supporters—a war joined by America’s top tech giants whose forces have joined with the “Deep State” to eradicate from all public view and discussion anything they deem a threat to themselves—who to date have destroyed tens-of-thousands of Christian, pro-Trump and conservative websites—have activated a new programme called News Guard to silence tens-of-thousands more—and today sees YouTube vowing to destroy anything they self-determine doesn’t promote and/or support their globalist-socialist views.

This globalist information war against Christians in America and President Trump, you should know, now has the non-profit Bulletin of the Atomic Scientists (the creators of the “Doomsday Clock”) warning that this manipulation of facts, fake news and information overload are all factors that have brought humans as close to destroying the planet as ever—a warning spurred, without a doubt, due to both Russia and China now developing super EMP bombs for “Blackout Warfare” that will send the United States and its globalist allies back to the stone age—as neither one of these nations will allow themselves to be destroyed. 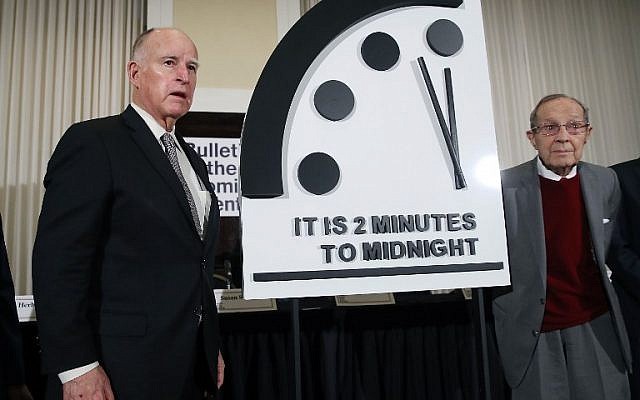 Standing in the breech to defend his nation’s Christian peoples and, indeed, the entire Western civilization is President Trump—a once in a lifetime political genius-mastermind who began his journey to take back control of the United States by his exactly following the Commentariolum Petitionis—which is the 64 B.C. political pamphlet written by the great Roman orator Marcus Cicero’s younger brother Quintus Tullius Cicero—that in English is roughly translated into “How To Win An Election”—and whose precepts, written nearly 2,000-years-ago, were used by Trump to deadly effect against all of his opponents like Hillary Clinton include:

Almost every destructive rumor that makes its way to the public begins among family and friends.

Remind the public of what scoundrels your opponents are to smear these men at every opportunity with the crimes, sexual scandals, and corruption they have brought on themselves.

Actually filing corruption charges isn’t necessary, just let them know you are willing to do so and let fear do its mischief.

Be sure to put on a good show, one filled with color and spectacle.

You must always think about publicity, it is vital that you use all of your assets to spread the word about your campaign to the widest possible audience using your skills as a public speaker.

Preach a gospel of hope to the voters.

Make your zealous supporters believe that you will always be there to help them and smother them in flattery.

But stick to vague generalities that will assure the common people that you have always been on their side.

If you break a promise, the outcome is uncertain and the number of people affected is small.

But if you refuse to make a promise, the result is certain and produces immediate anger in a larger number of voters.

Fill the house with supporters and pour promises into their heads so they’ll be enthusiastic enough about your message to proselytize on your behalf.

People are moved more by appearances than reality, they would prefer you give them a gracious lie than an outright refusal. 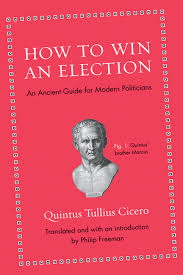 Also to know about President Trump during his journey of reclaiming his nation for his Christian citizens is his clothing himself in human history’s most revered archetypes—that are the collectively-inherited unconscious ideas, patterns of thought, images, etc., that are universally present in individual psyches—and that include the “Loveable Rogue” who recklessly defies norms and social conventions but who still evokes empathy—who goes on a “Hero's Journey” where in a decisive crisis wins a victory, and then comes home changed or transformed—all of which Trump has masterfully enfolded into a “Three-Act Structure”—which is the model used in narrative fiction that divides a story into three parts (acts), often called the Setup, the Confrontation and the Resolution.

The place where President Trump is now in this “Three-Act Play” for the ages is the “Confrontation”—where he finds himself in ever worsening situations—with him seemingly unable to resolve problems because he does not yet have the skills to deal with the forces of antagonism that confront him—thus requiring him not only to learn new skills, but arrive at a higher sense of awareness of who he is and what he is capable of, in order for him to deal with the predicament he’s now facing, which in turn changes who he is.

Left unknown at this time is how this “Three-Act Play” ends, but that we’ll all soon discover when the “Resolution” begins—that’s most commonly referred to as the “climax”—and is the scene or sequence in which the main tensions of this story are brought to their most intense point and the dramatic question answered.

My greatest hope for all of you is that you’ll be around to see the finish of this play—but won’t happen until YOU wake up and begin to realize that you’re all main actors in this historic drama, too!

And yes, when Ulrich Boschwitz wrote “It is strange…ten minutes ago my house, a part of my fortune were at stake…now my bones are at stake…HOW FAST IT GOES…war has just been declared on me, on me personally…THIS IS IT…a moment ago war was really declared on me, conclusively, and now I am alone, on enemy territory”, HE WAS SPEAKING TO YOU!

Unlike Ulrich Boschwitz, though, YOU have a say in how your future is going to turn out—that means your putting your “words” into “money” to aid those of us keeping the truth flowing to you—and your, also, remembering that all of us aiding you, just like yourselves, are now behind the lines in enemy territory with “our bones at stake”.

Finally folks, in dark times such as these, I find my mind wandering back to the words of America’s Founding Father Samuel Adams—who during one of the gravest moments of his nation’s Revolutionary War when all seemed lost, sent this message to his country’s citizens “Courage, then, my countrymen, our contest is not only whether we ourselves shall be free, but whether there shall be left to mankind an asylum on earth for civil and religious liberty.”—and whose words to his Sons and Daughters today, of which you are, I hope blaze in your hearts, souls and minds once again—with that fire of faith propelling you to action to aid those of us helping you before all is lost—PLEASE GIVE WHAT YOU CAN TODAY.