You Don’t Know Her—But She Could Be You!

I doubt that any of you have ever heard about Cleta Mitchell, nor should you have, unless you happen to have a need for a top campaign-finance lawyer in —but what’s been happening to her actually shocks me because if it can happen to her, it can happen to anybody!

Here’s the story—over 10 years ago, Cleta Mitchell did some legal work for the National Rifle Association and never heard from them again, so you can imagine her surprise when this past March she found herself dragged into the Trump-Russia investigation when Democrats on the House Intelligence Committee issued an interim report saying that they still wanted to interview “key witnesses”, including Ms. Mitchell, who they claimed was “involved in or may have knowledge of third-party political outreach from the Kremlin to the Trump campaign, including persons linked to the National Rifle Association (NRA)”.

Quoting from the Wall Street Journal article about this, Anatomy of a Fusion Smear, here’s what happened next:

The story cited two anonymous sources claiming Congress was investigating Ms. Mitchell’s worries that the NRA had been “channeling funds into the 2016 elections to help Donald Trump.”

Ms. Mitchell says none of this is true. She hadn’t done legal work for the NRA in at least a decade, had zero contact with it in 2016, and had spoken to no one about its actions.

She says she told this to McClatchy, which published the story anyway. 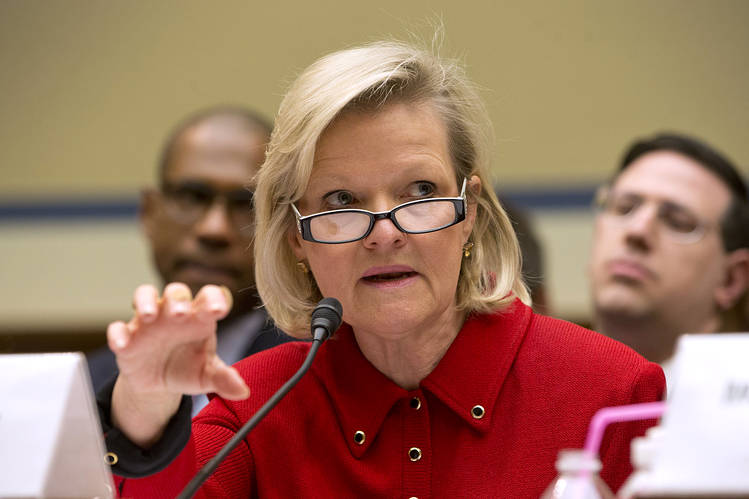 How Ms. Mitchell became a “key witness” the Democrats wanted to interview provides yet another example of how far American liberals have shamelessly sunk in their embrace of “Deep State” criminals trying to destroy Trump—because, as it turns out, MI6 officer Christopher Steele and US Justice Department Attorney Bruce Ohr,  the creators of the made up Trump-Russia Dossier, had a conversation with each other whose note about said: “A Russian senator may have been involved in funneling Russian money to the NRA to use in the campaign.  An NRA lawyer named Cleta Mitchell found out about the money pipeline and was very upset, but the election was over”.

This entirely made up Steele-Ohr piece of fiction about Ms. Mitchell didn’t make it into the fantasy document Trump-Russia Dossier, as even they realized it was a lie they couldn’t even come close to proving—but this 39-word note was all the Democrats and their out-to-get Trump media needed to create yet another “fake news” headline, and their not caring in the least how much it damaged the reputation of Ms. Mitchell.

I wish I could tell you that since this Steele-Ohr lie about Ms. Mitchell has now been exposed her life and reputation will be restored, but I can’t—because The New York Times has just begun an attempt to rehabilitate both Christopher Steele and Bruce Ohr in their 1 September article Agents Tried to Flip Russian Oligarchs. The Fallout Spread to Trump.

And I’m here to tell you folks, if you ever needed 100% proof showing what pure propaganda looks like, this is the article to read!

Now as you know (because we’ve already given you all the evidence you need), Christopher Steele, Bruce Ohr, and Ohr’s wife Nellie are all devout communists who created the Trump-Russia Dossier while colluding with the “Deep State” to keep Trump from being elected, and in failing, have worked overtime to destroy his presidency—but that The New York Times won’t tell their readers the truth about, with their instead choosing to portray Christopher Steele and Bruce Ohr as mythical heros trying to save America from Russia—and their not even bothering to mention that Nellie Ohr was hired by Fusion GPS to write the whole damn thing!

I’ll give The New York Times credit for one bit of honesty in this article though, they wrote about Russian billionaire Oleg Deripaska saying “He had worked with the United States government in the past, including on a thwarted effort to rescue an F.B.I. agent captured in Iran, on which he reportedly spent as much as $25 million of his own money.”—but with their failing miserably to tell their readers the truth that Deripaska was illegally hired by then FBI Director Robert Mueller and FBI Deputy Director Andrew McCabe to put up $25 million of his own money to free former FBI Agent Robert Levinson—who was captured in Iran while working for the CIA, and whose freedom wasn’t a “thwarted effort” as the lying New York Times claims, but whose deal worked out by Deripaska to free Levinson was stopped by Hillary Clinton, who still has $5 million of Deripaska’s money! 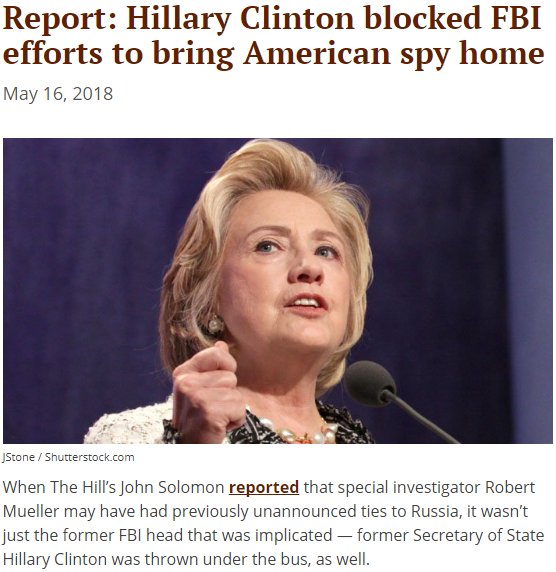 I wish I could tell you where all of this mess is going to end up at, but after reading my Irish friend Danielle Ryan describing how US Senator John McCain’s “truly juvenile funeral” was a disgusting exercise in historical revisionism where his history of war mongering, his laundry list of regime change fantasies, his cavorting with neo-Nazis in Ukraine and jihadist terrorists in Syria were all mysteriously dropped from the official record of the his life, I’m not so sure anymore.

After all, when you have a country where a war monger like McCain is celebrated, while at the same time a woman like Ms. Mitchell has her reputation destroyed, who is truly safe anymore in a place where truth no longer matters and lies rule the day?

As always, please feel free to write me at sorchafaal@fastmail.fm with any comments/questions/suggestions, remembering to put ATTN: BRIAN in the subject line.