A literally mind-bending new 737 page report circulating in the Kremlin today prepared by Aerospace Defence Forces (ADF) scientists states that this past January’s confirmation by the California Institute of Technology (Caltech) of the National Aeronautics and Space Administration (NASA) 2005 discovery of a new planet in our solar system has been confirmed to be linked to information supplied to the Federation from two American space programme experts who over the past 17 years have warned our Earth is under “threat of destruction” and the “myths of our past” should now be believed.

According to this report, in early 1999, the Federation (at its Embassy in Washington D.C.) received an unsolicited “trove of documents” from a Kennedy Space Center (KSC) computer programmer named Lloyd Albright who stated that he was part of a team of experts tasked with compiling data on threats posed to US space shuttles from the believed to be debris nearing Earth from the July 1994 impact on the surface of Planet Jupiter of Comet Shoemaker–Levy 9—which NASA had calculated would take 5 years to travel from Jupiter to Earth.

Albright’s information, this report continues, showed no “direct threats” to US space shuttles flights in 1999, but did foresee the potential for “debris interference” from “the Jupiter region” with our Earth occurring in late 2002 to early 2003—which coincided with the 1 February 2003 destruction of space shuttle Columbia when it attempted to reinter Earth’s atmosphere.

Most “astonishing/alarming” about Albright’s information though, this report notes, were the NASA computer calculations relating to a “massive/major” disturbance of “objects” located in the Asteroid Belt between the planets Mars and Jupiter that could only be caused by the interference of an as yet unidentified large gravitational force—i.e. an unknown planet.

Shortly after the Federation’s receiving Albright’s information, this report says, American news agencies reported, in August 1999, that he had been arrested in the State of Ohio where he had been found living in a cave due to his fears that a meteor was going to hit Earth and cause a destructive tsunami 60 meters (200 feet) high—and all subsequent information about him in this ADF report remains highly classified.

Following Albright’s “warnings/suspicions” to the Federation in 1999, this report continues, on 2 February 2007, US astronaut and Navy Captain Lisa Nowak “presented herself” to the Federation’s Embassy in Mexico City where in an extended interview (via teleconference) with ADF scientists she detailed her 4-17 July 2006 Discovery space shuttle mission stating that “everything is known now”, “Pluto is going to take the fall”, “Jupiter will be the first to go”, “they won’t tell anyone the truth”, and “I’ve never believed the Bible, but now I have to”. 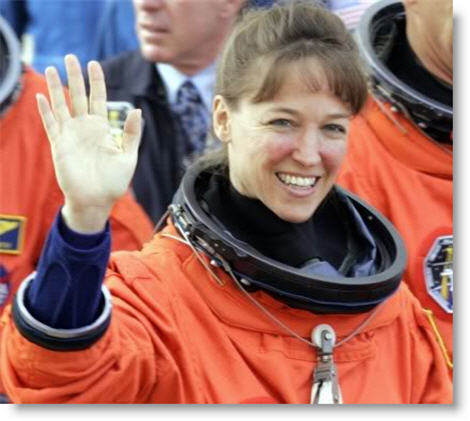 Upon Captain Nowak’s return to the United States from Mexico City, this report notes, within days she was arrested in Florida and charged with the attempted kidnapping of what was said to be her lesbian lover who was a US Air Force engineer, which were soon upgraded to attempted murder charges.  In 2009, however, this report says, Captain Nowak pleaded guilty to lesser charges receiving a sentence of 1 year probation and in 2010 she was demoted from Captain to Commander and discharged from the US Navy, and in 2011, all records of her case were sealed—and all subsequent information about her in this ADF report remains highly classified.

The complications of synthesizing this massive ADF report, and Albright’s and Captain Nowak’s contribution to it, are staggering due to the complexity of the science involved and the highly classified portions not allowed to be publically known—but in its barest essence, here is what it says:

Both Albright and Captain Nowak provided evidence to the Federation detailing NASA’s knowledge of new planet in our solar system—with Captain Nowak’s 2006 space shuttle mission providing the most conclusive evidence of this being so.

Captain Nowak further provided proof that in NASA fearing that other scientists around the world would soon discover what they did about this new planet, and in order to keep the public “confused/misdirected”, “demoted/downgraded” Pluto from being a planet on 13 September 2006 after the scientific results from her July 2006 shuttle mission were confirmed—with the reasoning being so that they could change their 2005 findings of a 10th Planet, to being known now as our solar systems 9th Planet—the distinction being that should this new planet be named the 10th one, the biblical and mythological overtones upon the public would become impossible to control. 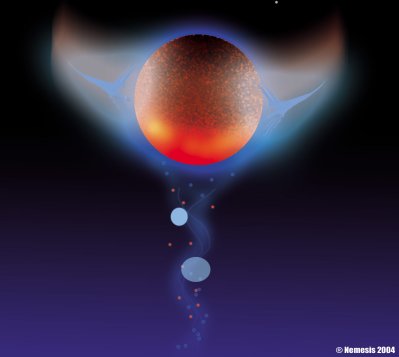 Also to be noted about Albright’s and Captain Nowak’s information used by the ADF in this report were the NASA calculations they provided showing that Jupiter would come under an increasing “assault/attack” from this new planet—and has been confirmed by not only the 1994 Comet Shoemaker–Levy 9 strike upon it, but also the strikes on it occurring in 2009, in 2012, and just last week in 2016—all of them giving “credence/weight” to Captain Nowak’s 2007 warning to ADF scientists that “Jupiter will be the first to go”.

As to where this mysterious new planet comes from (and is only the 3rd “true planet” discovered since ancient times), ADF scientists in this report state, is from the center of our own Milky Way Galaxy—and has been on an orbital path towards us for nearly 5 billion years.

The evidence supporting this ADF claim, this report continues, was confirmed this past November (2015) when NASA “looked” nearly 5 billion years into the past with their telescopes, including the Nuclear Spectroscopic Telescope Array (NuSTAR), and observed the impossible that had never happened before—a massive object ejecting itself from the supermassive black hole at the center of our galaxy—and having so much energy NASA scientists can only compare it to the total energy that is emitted by the entire galaxy. 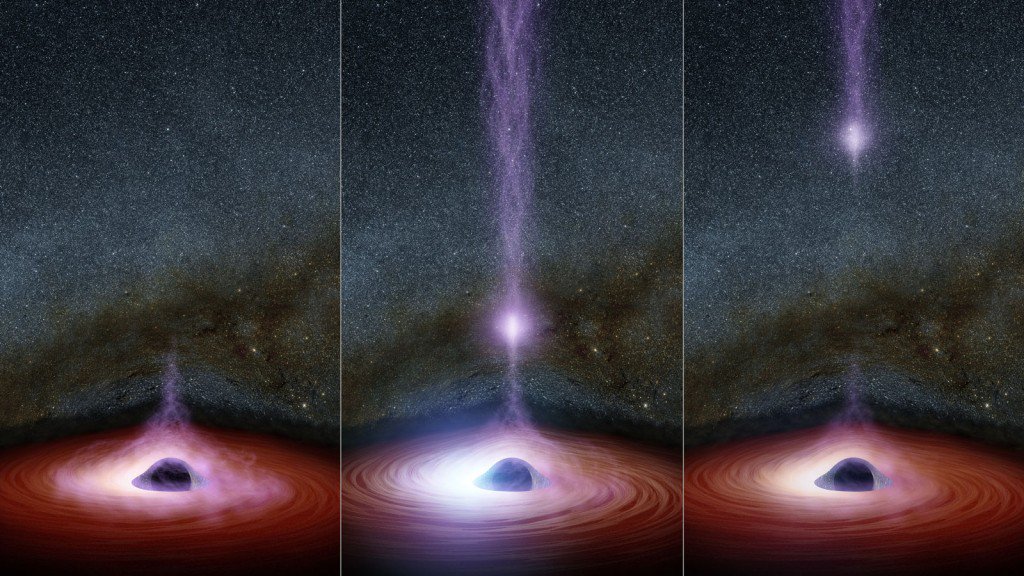 JPL, NASA telescope image of mysterious object ejected from the supermassive black hole at the center of the Milky Way Galaxy

With the age of our Earth being generally accepted to be 4.54 billion years old, with an error range of 50 million years, this report says, this mysterious object ejected from the center of our galaxy could very well now have not only entered into our solar system, but is more than likely to be the new planet Caltech has recently announced their discovery of.

But not totally to science do ADF scientists make this astonishing supposition, but rather to ancient myths—especially since this mysterious new planet originated from the supermassive black hole at the center of our galaxy in Sagittarius A* near of the constellations Sagittarius and Scorpius.

Unlike Western scientists who discard the ancient knowledge of our world, Russian scientists examine these ancient myths to find, if any, their connections to modern discoveries—which in this particular case, as this report details, leads them to the oldest such stories of our world regarding Sagittarius—which the Babylonians identified as the god Nergal, a strange centaur-like creature firing an arrow from a bow portrayed in hymns and myths as a god of war and pestilence and the deity who presides over the netherworld and of whom the Hebrew Bible warned about. 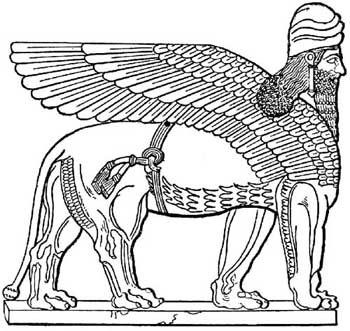 And in its rather frightening conclusion, ADF scientists note that in the world’s oldest creation epic, the Babylonian Enûma Eliš (Enuma Elish), that the more familiar Book of Genesis is based on, both the Earth and its “destroyer” (the newly discovered planet believed ejected from the supermassive black hole at the center of our galaxy) were “born” at the same time—but will meet in the last days when the final judgment will come—and as most widely known from the Bible’s Book of Revelation that warns: 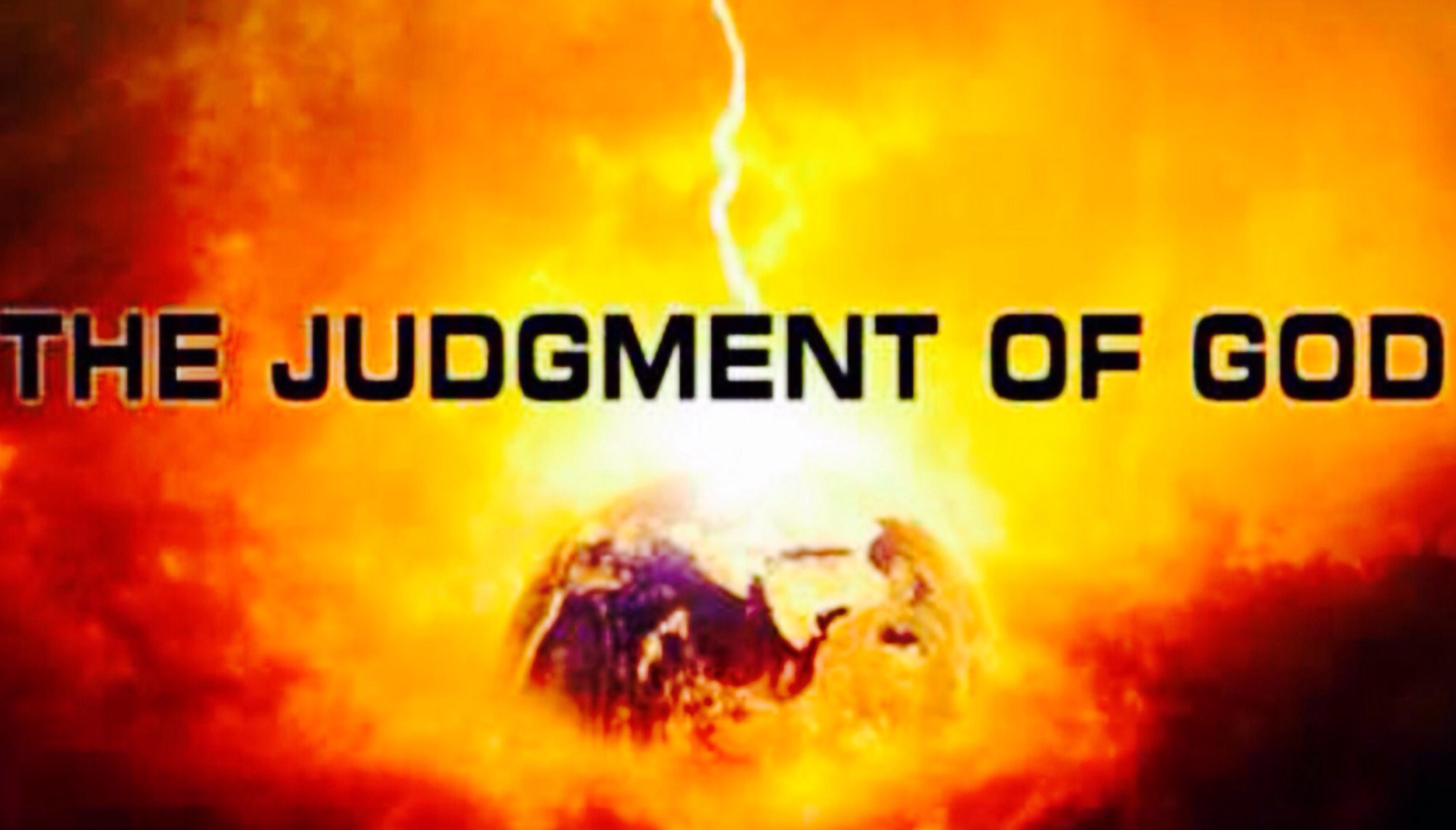 April 4, 2016 © EU and US all rights reserved.  Permission to use this report in its entirety is granted under the condition it is linked back to its original source at WhatDoesItMean.Com. Freebase content licensed under CC-BY and GFDL.