A chilling and foreboding Ministry of Defense (MoD) “urgent action” report sent out in the past hour to Russian commanders operating in the Levant War Zone states that the Federation and the United States have reached an historic agreement to coordinate their military forces in closing, forever, a 98 kilometer (61 miles) section of the border between Syria and Turkey called the “Gap of the Apocalypse” which Prime Minister Medvedev has warned if it is not closed off will unleash World War III.

According to this report, this “Gap of the Apocalypse” along the Turkish-Syrian border is the most dangerous area in this conflict zone as it has for years provided the “outside world” access for arming and supplying Islamic State (ISIS/ISIL/Daesh) and al-Qaeda affiliated al-Nusra Front (JaN) terrorists by their main sponsors Turkey and Saudi Arabia—and who instead of achieving their goal of toppling the Syrian regime to destroy the Kurdish and Christian peoples have brought the world the brink of the abyss. 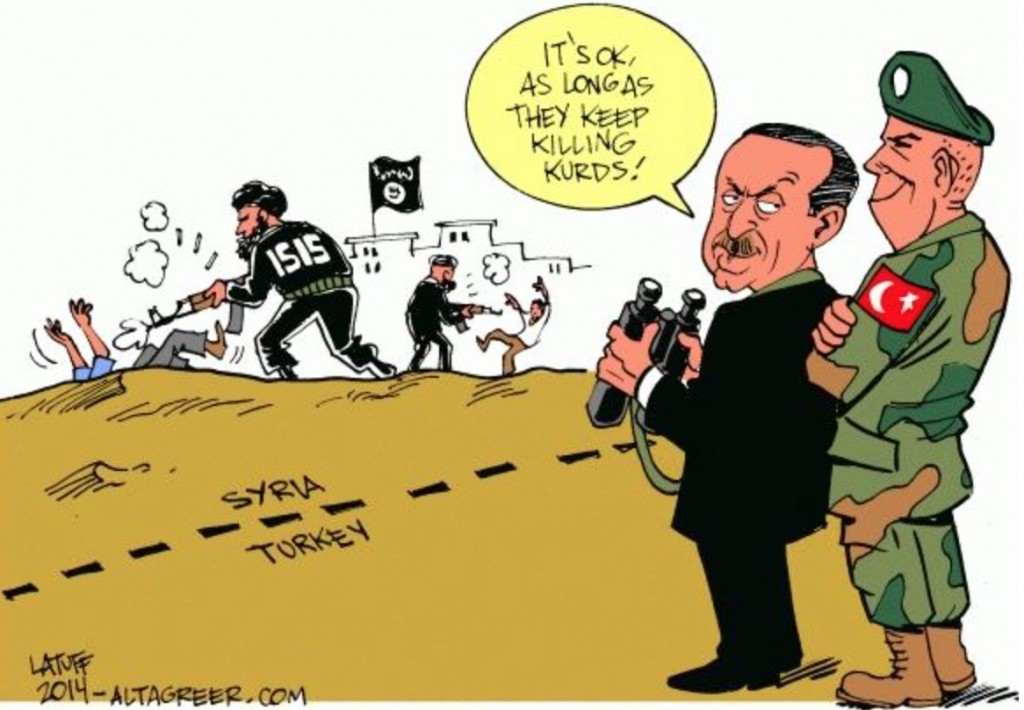 Upon the Obama regime witnessing for itself the full horror unleashed upon the Levant by these Islamic terrorists, this report continues, it has been furiously trying to extricate itself (politically and militarily) from the nightmare it had helped to create—which culminated this week with the first combined action of Federation and United States military forces aiding Kurdish People's Protection Units (YPG) and their Arab allies in retaking Syria’s Menagh Military Airbase from Islamic terrorist forces, and who are now best positioned to close the “Gap of the Apocalypse” and retake the Syrian-Turkish border entirely. 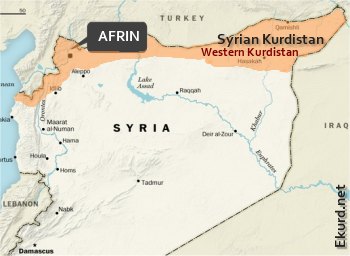 Being led on the ground by US Special Forces troops, and being protected from the air by Russian aircraft strategic bombings, this report notes, Kurdish YPG fighters were able to complete their victory in spite of the threat issued by Turkish President Recep Erdogan last month warning that he would not allow these Kurds to occupy land west of the Euphrates River, where this airbase is located, and close off this gap. 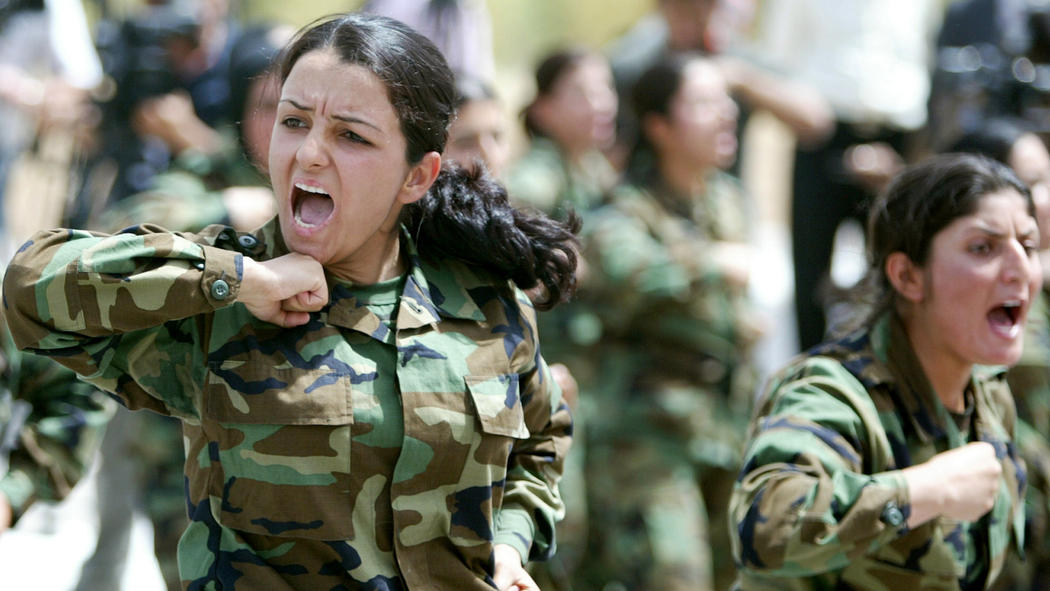 Not just in aiding Kurdish YPG forces to retake Menagh Airbase, this report further notes, the Federation and United States militaries further cooperated this past week when Russian commanders allowed the US Air Force to bomb the soon to be liberated city of Aleppo—which Turkey’s government then threatened to invade to protect their terrorist “brothers”.

Foreign Minister Lavrov in countering Turkey’s threat to invade Syria, this report continues, stated that the US-led coalition will not allow “such reckless plans” to materialize—but which then was equally countered by Saudi Arabia who said that their plans to invade Syria were “final” and “irreversible”.

Upon hearing Saudi Arabia’s threat to invade Syria, this report grimly says, Prime Minister Medvedev then, in turn, threatened them with World War III should they do so and stated:

“All sides must be compelled to sit at the negotiating table, instead of unleashing yet another war on Earth.  Any kinds of land operations, as a rule, lead to a permanent war.  Look at what’s happened in Afghanistan and a number of other countries.  I am not even going to bring up poor Libya.

The Americans and our Arab partners must think well: do they want a permanent war?  Do they think they can really quickly win it?  It is impossible, especially in the Arab world?  Everyone is fighting against everyone there.”

In knowing how close World War III was to becoming a reality, this report continues, Foreign Minister Lavrov and Secretary of State John Kerry then hastily created the historic agreement to bring to peace to .

Foreign Minister Sergei Lavrov, this report notes, stated that the projected date for ending at least some of the airstrikes in Syria is a week from today--but he emphasized that “terrorist” groups would continue to be targeted, including the Islamic State and al-Nusra, and that the determination of eligible targets and geographic areas is to be left up to a task force of nations, headed by Russia and the United States, that will adjudicate differences of opinion. 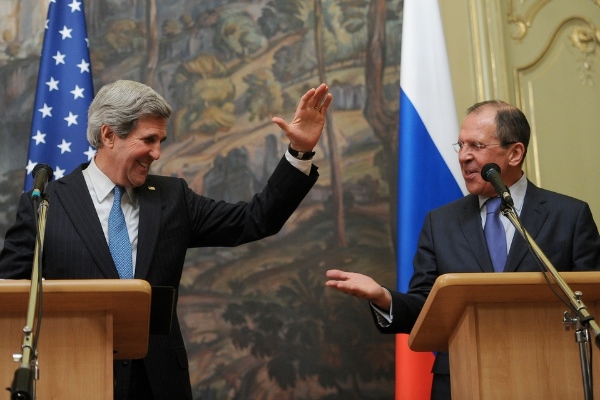 With Turkey being “left in the cold” due to this historic agreement, this report continues, the Federation will further demand of the Obama regime that it immediately cease allowing Turkish airstrikes against the very Kurdish fighters US Special Forces are training and fighting with—an insane policy Russia could never fully understand in the first place.

And as to how both Turkey and Saudi Arabia will react to the Federation and the United States now combining their military might to bring peace into this region, this report concludes, may not be the greatest danger facing this historic agreement—but rather the “political madness” in America may be its undoing, especially after Admiral Ali Shamkhani, secretary of the Supreme National Security Council of Iran, announced earlier today that his nation had been approached by representatives of America’s Republican Party seeking a secret deal to stop the recently completed prisoner swap in order to affect their nations presidential race. 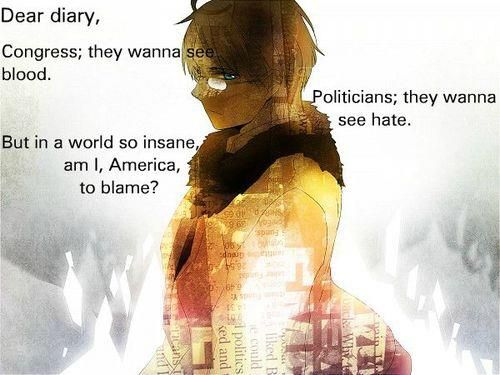 February 12, 2016 © EU and US all rights reserved.  Permission to use this report in its entirety is granted under the condition it is linked back to its original source at WhatDoesItMean.Com. Freebase content licensed under CC-BY and GFDL.