Obama “Surrender” To Putin Throws US Media Into “Complete Meltdown”

A new report prepared by the Office of the President (OP) circulating in the Kremlin today states that the historic events of the past 72-hours occurring between the Federation and the United States can be correctly characterized as a “complete surrender” by President Barack Obama to President Putin that has led to a “strategic withdrawal for reassessment” of American forces operating against Islamic State (ISIS/ISIL/Daesh) terrorists in the Levant War Zone—which, in turn, has led to the “complete meltdown” of the US media establishment, most particularly their “Axis of Propaganda” outlets The New York Times and the Washington Post, whose lies about this conflict have now been exposed for the entire world to see. 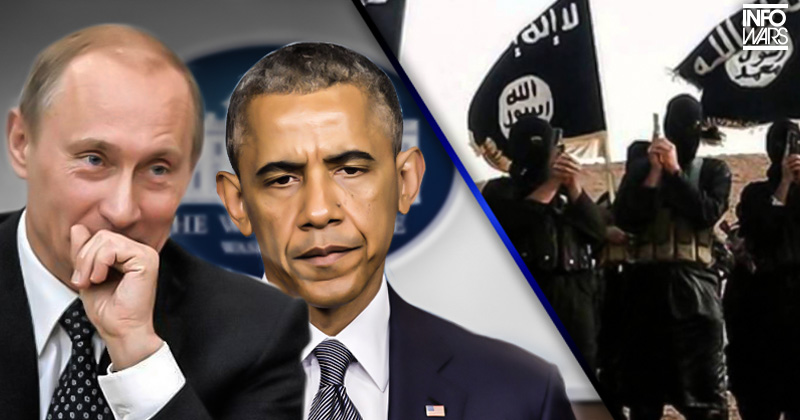 According to this report, in a series of meetings held in Moscow with US Secretary of State John Kerry, Foreign Secretary Lavrov, and President Putin himself, the Obama regime was put on “immediate notice” by the Federation that the United States “kiddy game” in Syria and Iraq was over and that the threat of nuclear warfare between America and Russia was “now on the table”.

After presenting to Secretary Kerry the Federations entire portfolio of evidence regarding which nations, and intelligence services, were supporting the Islamic State, this report continues, and turning over to the Americans the secret emails of both former US Secretary of State Hillary Clinton and present US Defense Secretary Ash Carter obtained by the Federal Security Service (FSB) from these two US officials private unsecured emails, the Obama regime immediately “surrendered” and announced the following historic moves towards what may be peace in this region:

US Secretary of State John Kerry announced that the Obama regime would no longer be seeking regime change in Syria—which just 4 weeks ago President Obama vowed he would never allow happen.

US Vice President Joseph Biden ordered Turkey to immediately remove its invading troops from Iraq—which just 6 days ago the US State Department refused to even acknowledge happened.

The Pentagon ordered the immediate removal from Turkey of the F-15 fighter jets the US had just stationed there and which posed a threat to Federation Aerospace Forces.

The Obama regime agreed to join Russia in offering a UN Resolution seeking to cut off Islamic State funding—an action that will occur at a rare UN Security Council meeting to be chaired by the later today. 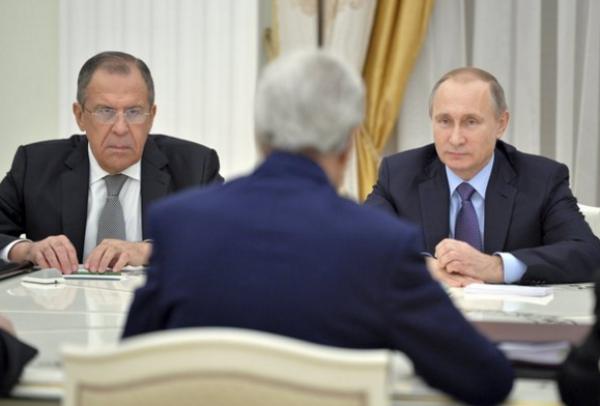 Helping to change the Obama regimes “direction/directing” of this war against the Islamic State, this report says, was a critical document within the portfolio detailing last weeks massive global attack by the Islamic State that nearly brought down the world’s 13 internet root name servers—which, should it have been successful, would have plunged the United States into total and complete chaos so severe that noted cyber security expert John McAfee warned it would be “more devastating than any nuclear war”.

The portfolio on last weeks attempt by the Islamic State to destroy the global Internet presented by President Putin to Secretary Kerry, this report continues, further confirms news reports that this attack was launched from servers and IP addresses owned by the British government—but which they say they sold to Saudi Arabia.

In knowing that the Obama regime was surrendering to President Putin, this report further notes, Saudi Arabia then announced it was forming its own coalition of 34 mainly Muslim nations to fight the Islamic State without US support—but which Indonesia said it did not know it was going to be a military alliance and doesn’t want to join and a senior Pakistani lawmaker only learned about from a Reuters reporter, and that Turkey described as an ideological association rather than a military alliance.

Proving this assessment of the Saudis “coalition” against the Islamic State true, this report says, was that its first “attack” was launched against the American Presidential candidate Donald Trump and not any terrorists—and whom President Putin praised and stated about Donald Trump “He is a bright and talented person without any doubt. He is the absolute leader of the presidential race”. 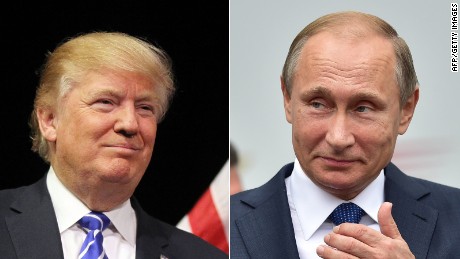 Fortunately for the Obama regime who, obviously, wants no part in World War III, this report concludes, Aerospace Forces will now be able to focus entirely on the “backstabbing” Turkish government who downed a defenseless Aerospace Forces bomber over Syria instead of worrying about American planes too—and which President Putin bluntly warned these supporters of the Islamic State:

“They [Turkish authorities] thought that we would turn tail and run! No, Russia is not that country. We have increased our presence in Syria, have increased the number of combat aircraft deployed there. There was no Russian air defense system there –now there's the S-400. If before, Turkey had constantly violated Syrian airspace, let them try it now.” 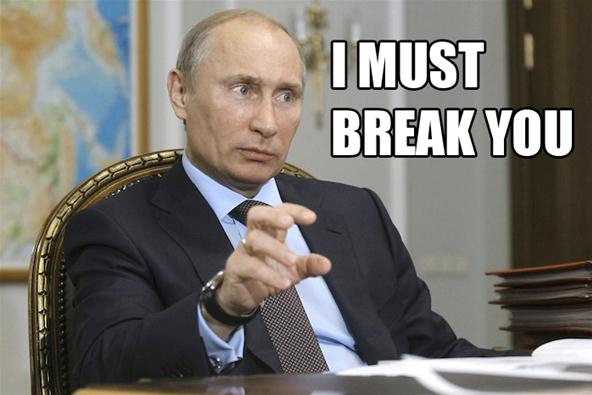 December 17, 2015 © EU and US all rights reserved.  Permission to use this report in its entirety is granted under the condition it is linked back to its original source at WhatDoesItMean.Com. Freebase content licensed under CC-BY and GFDL.