A somber Ministry of Defense (MoD) report circulating in the Kremlin states that President Putin, earlier today, authorized a “de facto” war against Obama regime-NATO-Western backed forces in Syria and exactly stated to his top Defense officials: “I order[you] to act extremely tough. Any targets that threaten Russian forces or our infrastructure on the ground should be immediately destroyed.”

Equally as grim as this order is, this report says, President Putin’s previous order to prepare the Federations atomic weapons forces are, also, said to have been completed with these Defense officials now reporting that 95% of the Federations nuclear forces are now at permanent readiness.

Spurring these latest Federation war moves, this report explains, are Syrian battlefield reports showing that the American, French, and British aircraft that have been deployed to this war zone are jet fighters whose purpose is air-to-air combat, not ground attack—and that these jet fighters are not deployed to attack Islamic State terrorist forces on the ground, but to threaten the Russian fighter-bombers that are attacking their ground targets—and which in knowing President Putin’s psychology, it is always better to strike first then second.

Even more concerning to MoD experts, this report continues, is that the Obama regime is, also, preparing to unleash total war in the Levant by combining 20,000 American-NATO troops with 80,000 Sunni Arab troops from the nations of Saudi Arabia, UAE, Qatar and Jordan to join Turkish military forces that have already invaded Iraq.

In order for President Obama to justify this total war move, this report says, he is backing within the US Congress the Kaine-Flake bill in the Senate (the Rigell-Welch bill in the House) that has bipartisan backers in both the House and the Senate that repeals the previous Iraq War authorization and authorizes three years of conflict, with options to reauthorize it. 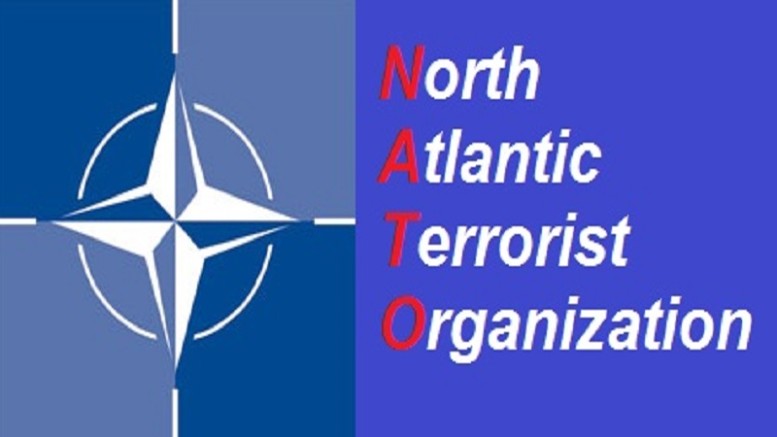 With Defense Minister Sergey Shoigu reporting today, however, that 4,000 sorties by Aerospace Forces have destroyed more than 8,000 Islamic State terrorist facilities, and even though these barbarians still hold 70% of Syria’s territory, sheer numbers of military forces can in no way defeat them—because this war isn’t only against men, but the mental-religious ideology that controls them.

In explaining this mental-religious mindset, this report continues, it must be noted that the online magazine of these Islamic State terrorists is called Dabiq and sets out their vision—and that this title is no accident as it is a town in northern Syria currently held by them where, according to Islamic prophecy, “the armies of Rome will mass to meet the armies of Islam”.

Confidential comments about this Islamic States mental-religious mindset, too, made by Major General Michael K. Nagata, then US Special Operations commander in the Middle East, this report points out, were even more correct than the West is telling their peoples about this grave threat—and as he stated: “We have not defeated the idea. We do not even understand the idea.”

Also to be noted about the Islamic State, this report grimly states, are that these types of Caliphates cannot exist as underground movements, because territorial authority is a requirement.  But take away its command of territory, and all those oaths of allegiance are no longer binding—which by the Obama regimes and its Sunni Arab allies protection of them most assuredly will ensure its continued existence. 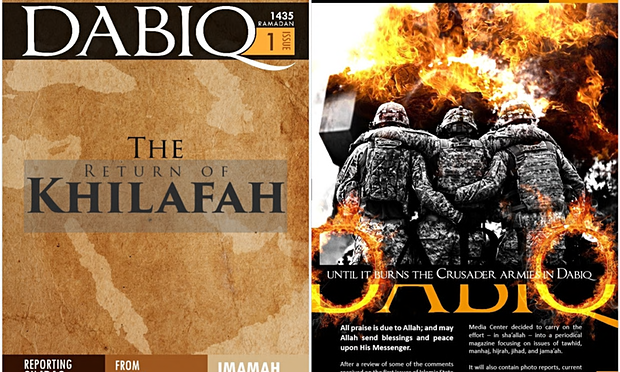 As to why the Obama regime and its allies are supporting a Sunni Muslim world where those who embrace “Hollywood values” regarding abortion, adultery and homosexuality would get their heads chopped off as quickly as converts to Christianity, this report continues, it should be noted that some in the West are beginning to see the danger they are in—after all, in nations where these Sunni Muslims are already huge majorities, one needs to rightly ask: Where are the Jews? Where have all the Christians gone?

With nations like Japan and Israel (for example) never allowing immigration into their countries by peoples of Muslim faith, this report continues, they have protected themselves from internal Islamic destruction—unlike the United States, though, where the highly influential American imam and college professor, Yasir Qadhi, described by a 2011 New York Times Magazine essay as “one of the most influential conservative clerics in American Islam”, has told his followers: “Christians are “by necessity and by definition … the most evil of all evils. Like all “unbelievers” and “polytheists,” Christians are “filthy.” They are “najusa” (feces, urine) — “a filthy impure dirty substance.”

And with these Western nations, like the United States, allowing themselves to be continually invaded by these Islamic State terrorists and their supporters, this report concludes, more attacks against them are soon to come too—especially when viewed in the light of Germany reporting today that over 400 of these terrorists in their country are “ready to attack at a moments notices”, and new reports coming from the American Midwest State of Missouri that suspected Islamic terrorists this past week have bought over 150 cell phones and have, also, been stealing propane tanks. 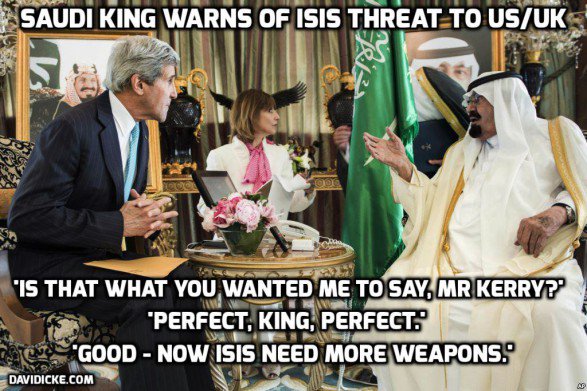 December 11, 2015 © EU and US all rights reserved.  Permission to use this report in its entirety is granted under the condition it is linked back to its original source at WhatDoesItMean.Com. Freebase content licensed under CC-BY and GFDL.