The Ministry of Defense (MoD) is reporting today that Aerospace Forces operating in the Levant War Zone have unleashed over the past 5 days what they designate as a wholesale “Doomsday Fury” bombing campaign against Islamic State (ISIS/ISIL/Daesh) terrorist forces operating in Syria—and which new reports are now showing the Obama regime is preparing a 100,000 member invasion force to fight against too.

According to this report, between 5-8 December, Aerospace Forces beginning this “Doomsday Fury” attack have launched 1,920 bombs and at least 15 submarine based cruise missiles at Islamic State terrorist forces—which do not include the last 24 hours attacks described by the MoD as:

“In accordance to the task assigned by the Supreme Commander-in-Chief of the Russian Armed Forces concerning enhancing combat air operations in the Syrian Arab Republic, crews of Tu-160, Tu-95MS and Tu-22M3 long-range aircraft of the Russian Aerospace Forces carried out strikes with air-based cruise missiles at the ISIS terrorist objects within the air operation.

Today, from 5.00 through 5.30 a.m. (MSK), twelve Tu-22M3 long-range bombers carried out strikes at the ISIS terrorist facilities in Raqqah and Deir-ez-Zor provinces. 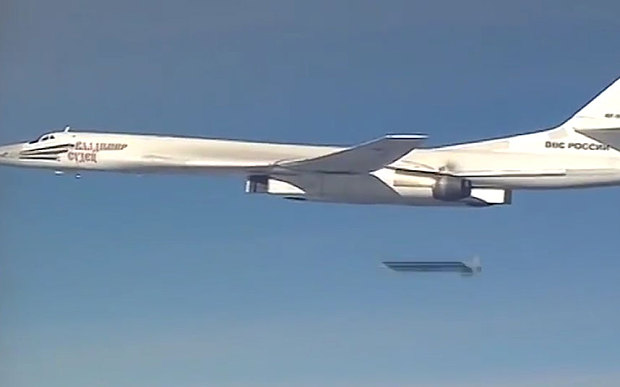 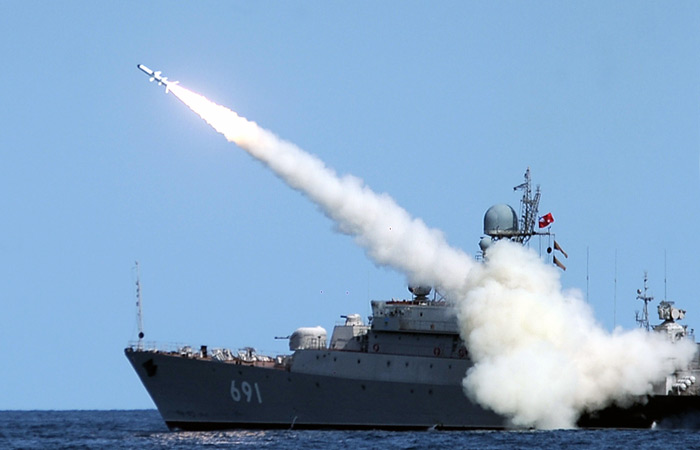 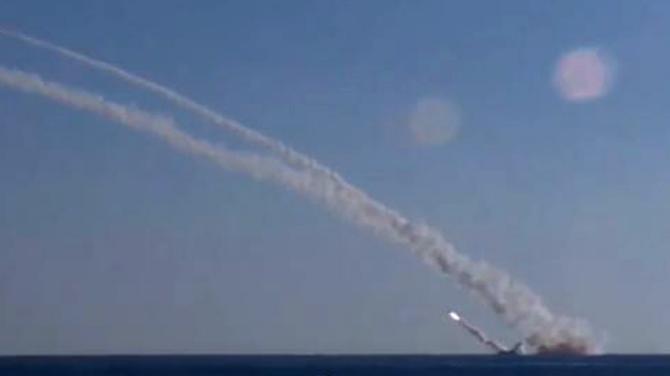 Most astounding to Aerospace Forces commanders waging this “Doomsday Fury” campaign against these Islamic State terrorists, this report continues, was Obama regime Defense Secretary, Ash Carter, yesterday telling the US Congress that the US airstrike campaign is leaving the lights on in these terrorists “capital” city of Raqqa to avoid depriving its citizens of electricity and other services—but which also means the Islamic State’s bureaucracy has plenty of energy to power its various broadcast and social media dispatches to recruit more fighters and inspire attacks aboard, such as in Europe and the United States.

Equally as astounding as allowing these Islamic State terrorist barbarians to keep their lights on and communication systems operating, this report notes, is the Obama regime, also, continuing to allow their ally Turkey to keep bombing Kurdish fighters—who while being bombed by Turkey are also being supplied by the US.

So confusing has the Obama regimes position become in fact, this report continues, Foreign Ministry spokeswoman Maria Zakharova was forced earlier today to accuse them of conducting a “pretend war” and further stated: “To figure out where the members of coalition are acting is quite hard. That's why the US-led coalition should reveal its strategy for fighting terrorism in Iraq and Syria. It would be good for [them] to acquaint the world with their conception of what the coalition is doing in the region.” 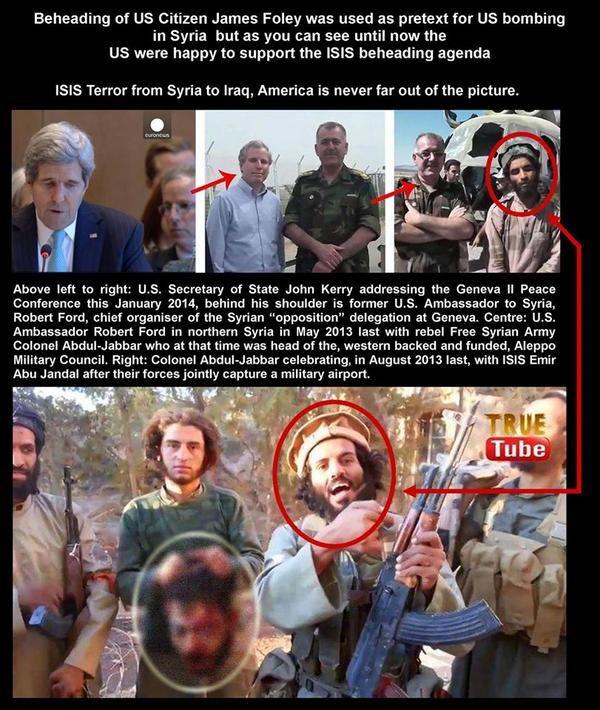 Unlike the Obama regime though, this report says, Federation military forces know exactly how to conduct a war—and which in the 7 weeks since the bombing of these terrorists in Syria began by Russia, Syrian Arab Army forces have been able to retake from the Islamic State the strategic city of Homs, and are, also, continuing their massive ground assault towards the city of Raqqa.

With life in Raqqa under Islamic State rule being described by its residents as like “living in a giant prison”, this report continues, Aerospace Forces, unlike their American counterparts, are, indeed, targeting the electrical supplies of these terrorists, and though creating a hardship for the civilians living there, is a needed war move to free these peoples from their barbaric captors.

Obama regime Defense Secretary Carter, however, this report notes, has sided with the Islamic State terrorists now controlling Raqqa—and stated so before the US Congress yesterday when he said that, “for the foreseeable future” the civilians in this “prison” will have to continue to accept their fate.

Fortunately though for the captured peoples of Raqqa, this report points out, is that Britain, like France before it, and in a blow to the Obama regime, has sided with Russia in this war to destroy the Islamic State—but which even to this very day the American people are still not being allowed to know about.

And with Russian airstrikes against the Islamic State costing 6-times less the Americans, this report concludes, Russia’s expenditures for this war being only $5 million to $7.5 million a day shows clearly that the Obama regimes only true motive in this conflict is to enrich their defense establishment and banking backers—and as evidenced by the recently released reports proving that the US paid nearly $50 million to train just 4 or 5 Syrian fighters—but with no one actually asking where this money really went. 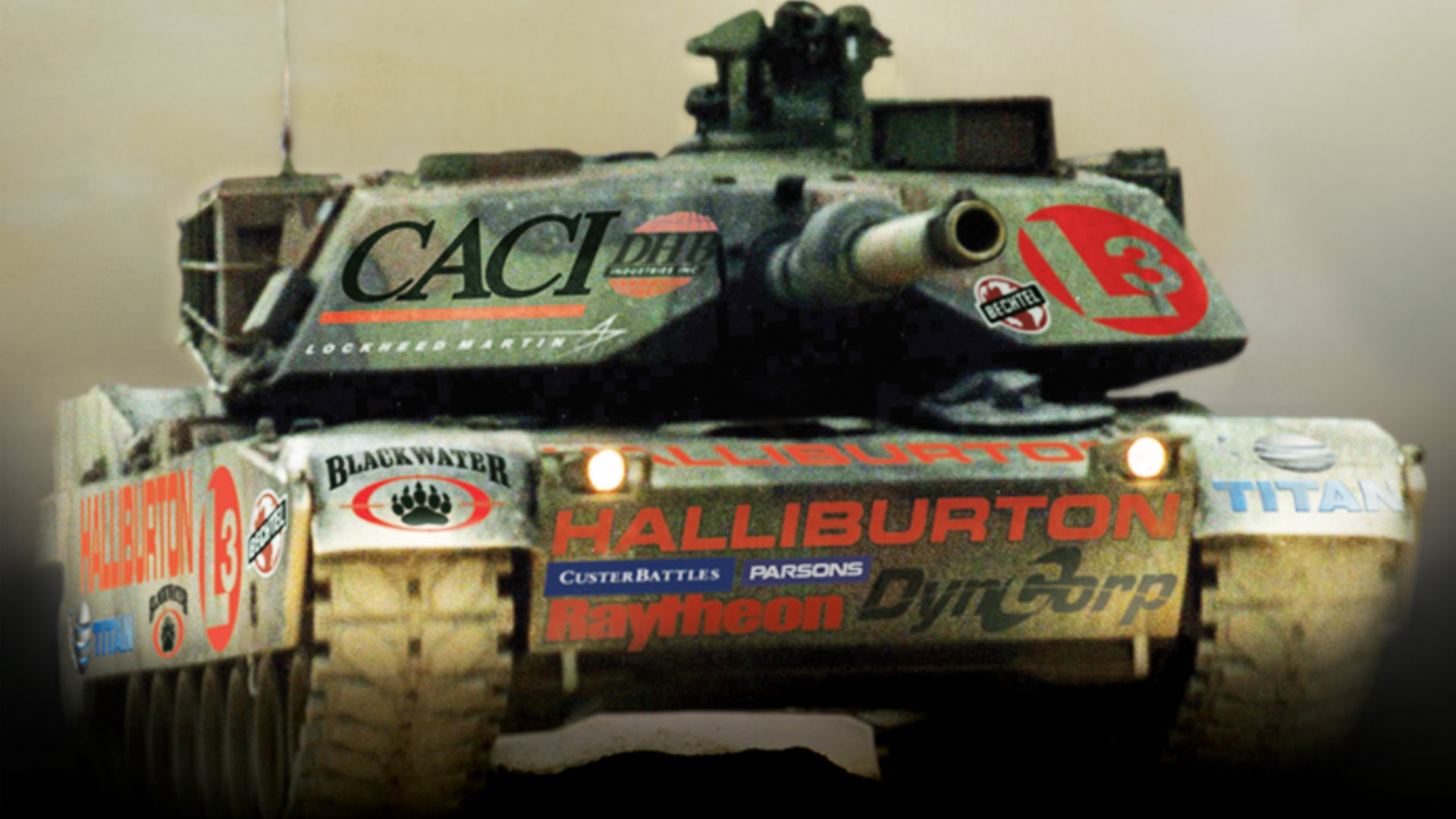 December 10, 2015 © EU and US all rights reserved.  Permission to use this report in its entirety is granted under the condition it is linked back to its original source at WhatDoesItMean.Com. Freebase content licensed under CC-BY and GFDL.