A stunning new report issued today by the Ministry of Defense (MoD) to the policy makers of the Security Council (SC) states that yesterdays attacks in Paris can be likened to a “ritual massacre” and was “orchestrated/directed” by a secretive “element/cabal” of Freemasons (Masonic/Masons) holding high positions of power within the United States Central Intelligence Agency (CIA), the French General Directorate for External Security (DGSE), the British Secret Intelligence Service (SIS/MI6), Israel’s Directorate of Military Intelligence (DMI) and the Vatican.[Note: words/phrases appearing in quotes “” in this report are English approximations for Russian words having no exact language counterpart]

According to this report, the Main Intelligence Directorate (GRU) first alerted the MoD to the potential of this “Friday the 13th” plot a fortnight ago (27 October) after a highly secretive meeting was held in Washington D.C. attended by the Director of the CIA, John Brennan, DGSE Director Bernard Bajolet, former MI6 Chief John Sawers and former DMI Chief, and current Israeli National Security Advisor, Yaacov Amidror.

The overt purpose for this extraordinary meeting of the West’s top intelligence masterminds, this report continues, was their public discussion at an event called the CIA-GW Intelligence Conference: Panel on The Shared 21st Century International Mission where the future of the Middle East (at least from the Western perspective) was being determined.

The covert reason, however, for this meeting, this report says, was “revealed/discovered” by the GRU when these spy masterminds met in secret after their conference at the home of US Vice President Joseph Biden, who is the top Roman Catholic Jesuit (Society of Jesus) holding power in America today, and presided over by CIA Director John Brennan who, like Vice President Biden, is a Jesuit-trained intelligence analyst with an interest in Just War theory.

Immediately after this 27 October meeting of these Western spy chiefs with Vice President Biden, this report states, the initial GRU report filed with the MoD about it “warned/strongly suggested” that the Jesuit-Masonic makeup of these “cabal/plotters” could not rule out a retaliatory strike against the Federation organized by this group on 13 November as these secretive organizations frequently, if not always, “schedule/plan” their false-flag massacres to coincide with “important/mystical” dates important to them.

Important to note is that unlike many of its other national counterparts, the Federation devotes an enormous amount of monetary and intellectual resources to what is called “esoteric/satanic/religious” intelligence due to their experiences in the Great Patriotic War (World War II) against the German Nazi Empire—a war fought not only against armies, but against the “unknown/unseen” forces behind that monstrous regime.

Especially alarming about the 27 October meeting of these spy chiefs in Washington D.C., this report continues, was DGSE Director Bernard Bajolet stating afterwards that the Federation protected nation of Syria “will be different from what had been established after World War II”—which in turn led the GRU to warn the MoD that the Freemasons “Master Magic numbers of 11 and 13” were now in play.

And exactly as the GRU had warned, yesterday, 13 November, the latest of the West’s “ritual massacres” intended to remake the entire world into their image occurred in Paris when Western-backed Islamic State (ISIS/ISIL) terrorists led a coordinated attack against 6 defenseless targets killing at least 128 and wounding 180 more with 99 of the survivors being reported in critical condition. 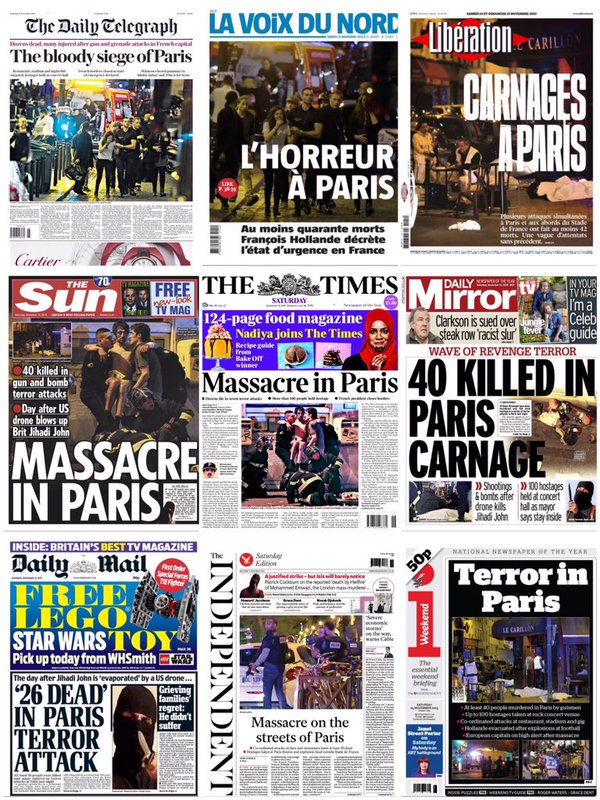 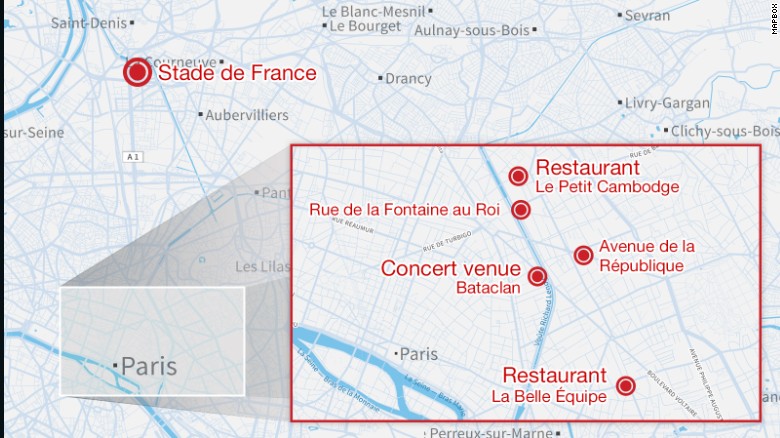 The significance of these Freemason-Jesuit plotters exacting yesterday’s Friday the 13th massacre on Paris, this report explains, is due to their secretive organizations banishment, arresting and outlawing of all of their members on Friday the 13 October 1307 against their declaration of innocence, and the subsequent burning at the stake of their Grand Master, Jacques de Molay, outside of the Notre Dame Cathedral seven years later on Friday 13 March 1314. 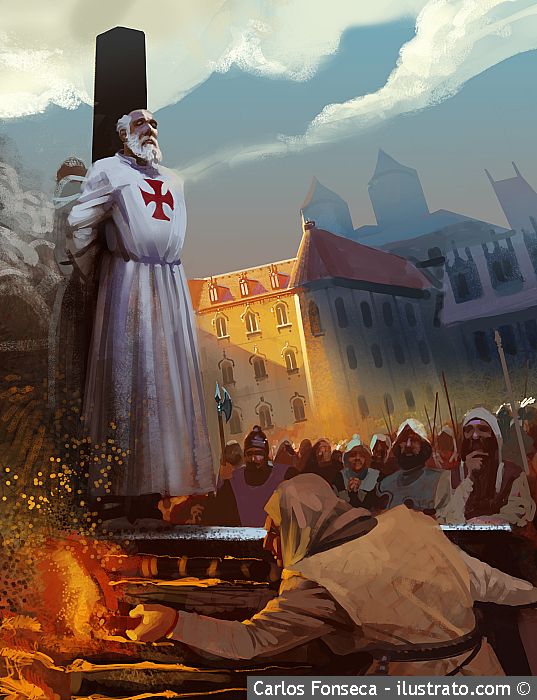 Critical to note too, this report says, are that previous GRU warnings had been issued in 2013 that the Freemason-Jesuits would take revenge for the killing of their Grand Master after the election to the Roman Catholic Papacy of Pope Francis (the first Jesuit to be installed as Pope in the Church’s entire history) on 13 March of that year—699 years to the date after the fiery execution of Jacques de Molay in front of Notre Dame Cathedral, and in spite of the fact that Jesuits are bound by oath not to seek higher office in the Roman Catholic Church due to their past association with the Freemasons.

To the “identical/connection” between the Jesuits and Freemasons, this report further explains, was first documented by the United States Congress in 1913 [Congressional Record, House Bill 1523, Contested election case of Eugene C. Bonniwell, against Thos. S. Butler, February 15, 1913, pages 3215-3216] when the oaths taken by each of these secretive organizations were discovered to be nearly exactly the same in their members pledging their allegiance to their cause against any and all governments or nations:

Pledge of the Jesuits

I, ..........., now, in the presence of Almighty God, the Blessed Virgin Mary, the blessed Michael the Archangel, the blessed St. John the Baptist, the holy Apostles St. Peter and St. Paul and all the saints and sacred hosts of heaven, and to you, my ghostly father, the Superior General of the Society of Jesus, founded by St. Ignatius Loyola in the Pontificate of Paul the Third, and continued to the present, do by the womb of the virgin, the matrix of God, and the rod of Jesus Christ, declare and swear, that his holiness the Pope is Christ's Vice-regent and is the true and only head of the Catholic or Universal Church throughout the earth; and that by virtue of the keys of binding and loosing, given to his Holiness by my Savior, Jesus Christ, he hath power to depose heretical kings, princes, states, commonwealths and governments, all being illegal without his sacred confirmation and that they may safely be destroyed.

I, ............, now in the presence of Almighty God, the blessed Virgin Mary, the blessed St. John the Baptist, the Holy Apostles, St. Peter and St. Paul, and all the saints, sacred host of heaven, and to you, my Ghostly Father, the superior general of the Society of Jesus rounded by St. Ignatius Loyola, in the pontification of Paul the III and continued to the present, do by the womb at the Virgin, the matrix of God, and the rod of Jesus Christ, declare and swear that His Holiness the Pope, is Christ's vice regent and is the true and only head of the Catholic or Universal Church throughout the earth; and that by virtue of the keys of binding and loosing given His Holiness by my Savior, Jesus Christ, he hath power to depose heretical kings, princes, States, Commonwealths, and Governments and they may be safely destroyed. Therefore to the utmost of ray power I will defend this doctrine and His Holiness's right and custom against all usurpers of the heretical or Protestant authority whatever, especially the Lutheran Church of Germany, Holland, Denmark, Sweden, and Norway and the now pretended authority and Churches of England and Scotland, and the branches of same now established in Ireland and on the Continent of America and elsewhere, and all adherents in regard that they may be usurped and heretical, opposing the sacred Mother Church of Rome. 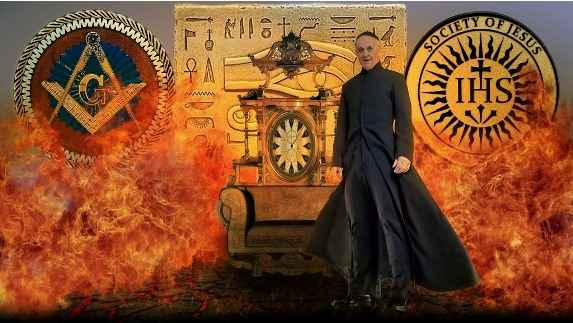 Aside from the revenge factor being at play in yesterday’s Friday the 13th massacre, this report continues, is it also being able to serve as the springboard for the Jesuit-Freemason’s ultimate goal of causing World War III.

To how this will be accomplished, this report says, and at least as these plotters hope it will, will be for France to declare yesterday’s Friday the 13th massacre as an act of war—which upon their doing so will bring into immediate force Article 5 of the North Atlantic Treaty Organization (NATO) treaty the French nation rejoined in 2009 after a 43 year absence.

Article 5 of the NATO treaty, this report explains, says that the response to an attack on any member may include armed force, but it does not mandate it. All that NATO actually promises is to take “such action as it deems necessary” to restore and maintain security. That could be anything from nuclear war to a stiff diplomatic protest.

The only time Article 5 of the NATO treaty has ever been invoked in its entire history, this report further states, was on 12 September 2001 after the attacks on the United States—which remains in effect to today, but with France at the time not being member would necessitate histories second invocation of it so that France can legally (at least in the eyes of the West) engage in total global war with its allies. 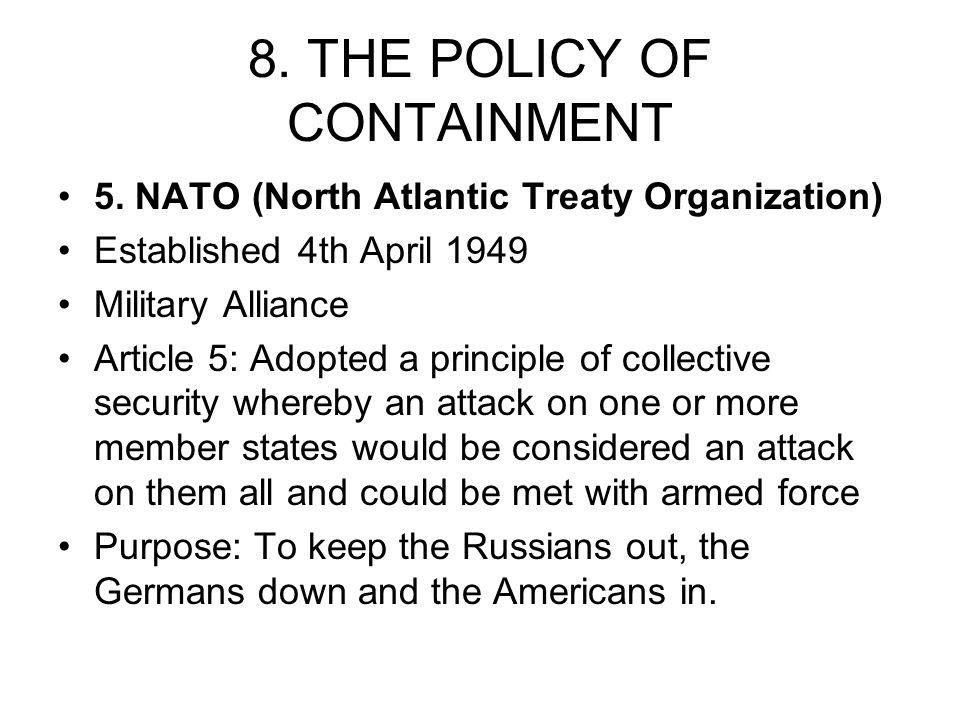 With French President Francois Hollande declaring today that this Friday the 13th massacre is, indeed, an “act of war” perpetrated by the Islamic State, MoD expert analysts in this report say, and with , likewise, claiming responsibility, the French have now vowed a “merciless response” setting the stage for a direct military confrontation with the Federation.

And even though the Foreign Ministry has warned against early conclusions regarding reasons and objectives the terrorists had in Paris; as all information should come from investigators, this report notes, the Western propaganda press has now gone into “high gear” pushing their citizens toward war.

As the Federation, since 30 September, has been bombing the Islamic State and its terrorist allies into oblivion, the greatest fear of these Jesuit-Freemason plotters, this report warns, is that their not so secret support of these barbarians with weapons and resources will become more apparent to the world unmasking these monsters and revealing who they really are—and with that what their global agenda is too.

But with doing as the Foreign Ministry says they should do, this report concludes, the true motives of this Friday the 13th massacre will, likewise, be revealed for what it truly is—and which President Obama himself agrees with as just the day prior to this attack, 12 October, he rightfully noted that the Islamic State was not getting stronger and has now been contained.

To the final outcome of this great tragedy this report doesn’t speculate upon—but one can hope that the real truth of this massacre becomes more widely known before, and as always, these warmongers plunge our world into total war. 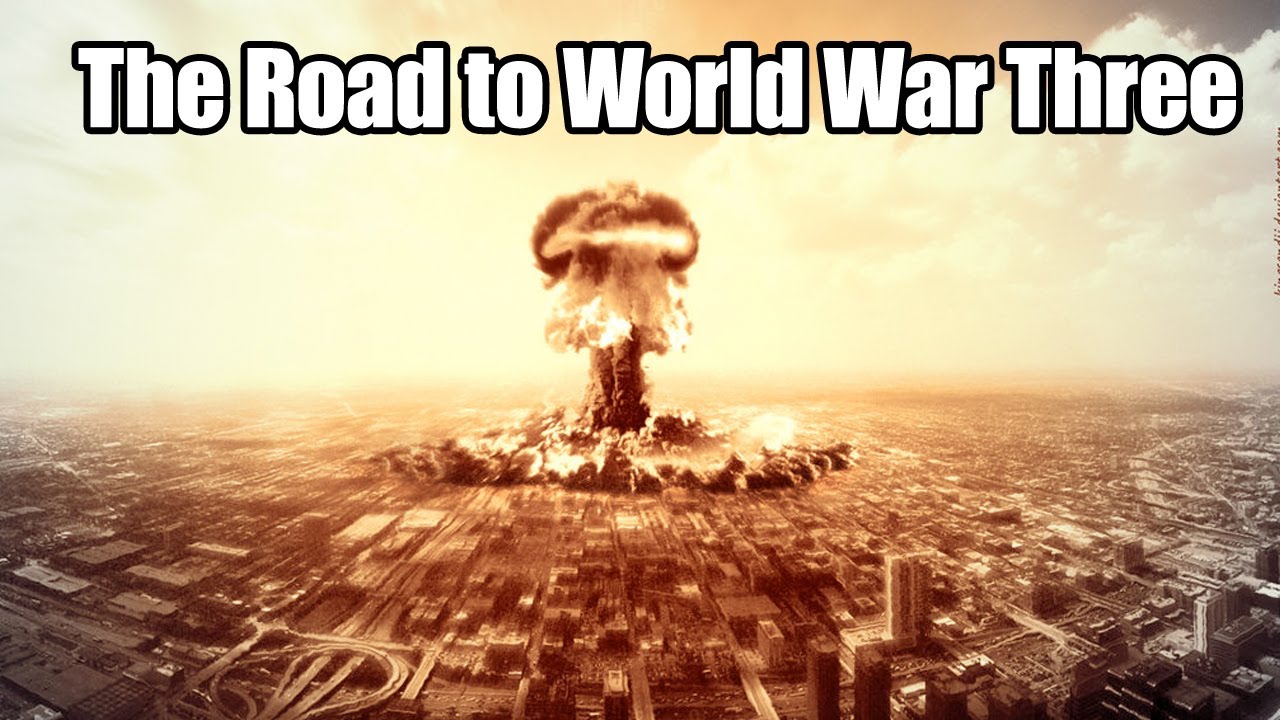 November 14, 2015 © EU and US all rights reserved.  Permission to use this report in its entirety is granted under the condition it is linked back to its original source at WhatDoesItMean.Com. Freebase content licensed under CC-BY and GFDL.