The Ministry of Defense (MoD) is reporting today that this mornings “emergency activation” to immediate combat readiness status of the 102nd Military Base near Gyumri, Armenia (Caucasus region), is directly related to the 4 July “war order” issued by President Putin authorizing the sinking of the US Navy’s guided missile destroyer USS Porter (DDG-78) that just entered into the Black Sea on 5 July.

According to this report, on 4 July, President Putin “communicated directly” with President Barack Obama outlining the “exact parameters” of his “war order” and further expressed the Federations “grave concerns” regarding the United States massive global war games that are currently underway, or due to start this month, that include, in part, Talisman Sabre 2015, Jade Helm 15 and Breeze 15.

Of the greatest concern to the Federation regarding these massive US war moves, this report continues, is Breeze 15 that includes 30 ships and around 1,700 personnel from Greece, Bulgaria, Turkey as well as the US belonging to the Standing NATO Maritime Group 1 (SNMG1) and the Standing NATO Mine Countermeasures Group 2 (SNMCMG2) that began operations in the Black Sea on 3 July.

And heightening these “grave concerns” even more, this report explains, was Greek Prime Minster Alexis Tsipras stating to President Putin last week that the Greek Navy contingent of NATO’s Breeze 15 war game had been refused permission by his government to participate in it due to that nation’s severe financial crisis, thus leading to fears the Obama regime was planning to use this “exercise” in a coup against that country and its democratically elected leaders. 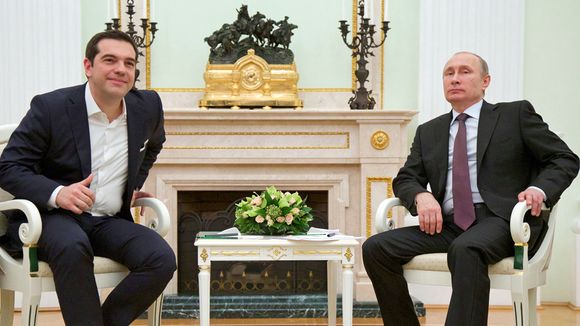 To the fears that the Obama regime is, in fact, planning a coup against the Greek government, this report notes, were first raised this past March when Obama sent to that nation Victoria Nuland, Assistant US Secretary of State for European and Eurasian affairs, who in 2014 headed the coup against the democratically government of Ukraine, as well as the “secret” coup d’etat in Georgia too.

As the Guardian News Service states on Nuland’s 17 March mission to on behalf of the bankster-led, and controlled, Obama regime they say she “flew into the capital amid mounting US concerns that the great euro debt crisis has begun to pose a geopolitical threat. Allowed to veer out of control, Greece could end up in the ambit of Russia, financially bereft and without the EU links that keep it bounded to the west. Nato’s south-eastern flank would be immeasurably weakened at a time of mounting global security worries over Islamic fundamentalists in the Middle East.”

Also to be noted, this report warns, Nuland has also “actively subverted” the Greek military structure causing the unprecedented interference seen by that nations former military leaders ahead of this past Sunday’s election wherein US-EU backed banksters were crushed by the citizens of that nation when, to the shock of the EU-US, they voted overwhelmingly against the further destruction of their lives and nation thus angering these Western criminals who want nothing more than to put more billions into their private banking accounts while these people starve.

The WSWS News Service further reported on this unprecedented interference in this election by stating:

“Hours before anti-austerity demonstrators flooded the streets of central Athens on Friday, a number of retired Greek military officers publicly called for a “yes” vote in Sunday's referendum on the European Union's demands, defying Prime Minister Alexis Tsipras's call for a “no” vote.

The contrast between masses of workers denouncing EU austerity and the pronouncements of prominent military figures could not have been starker. Retired General Fragkoulis Fragkos, a former defense minister and one-time head of the Greek army general staff, called for a “loud yes on Sunday.” In 2011, Fragkos was cashiered by then-Prime Minister George Papandreou amid rumors of a coup.

Clearly referring to Tsipras, Fragkos said that “the moral values and principles that have always defined us Greeks are not under negotiation with any clueless and historically ignorant [politician] who is advancing his own party interest.”

The statement continued: “The strength of our country is the most important thing we have, and this is being put in jeopardy. Our exit from Europe will make our country weaker. We will lose allies that have stood by our side. We will lose the strength we gain from associations and groupings to which we belong historically and culturally.”

These declarations constitute an enormous act of political intimidation.” 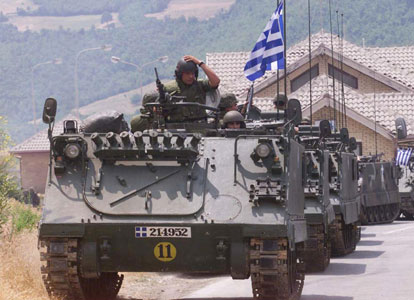 But to the greatest “fear/concern” causing President Putin to issue this “war order”, and then directly relay it to President Obama on 4 July, this report explains, is related to the Obama regimes proxy-war being fermented in the Federation’s Caucasus region by CIA-backed Islamic State fighters.

MoD strategic analysts in this report further note that last month when ISIS declared a new governorate called Wilayat Qawqaz in this Federation region it was an “act of war” against the Federation perpetrated by the Obama regime as it has already been proven in fact that this terrorist group receives all of its funding from the CIA through a number of secret Swiss bank accounts.

To the “red lines” outlined in President Putin’s “war order” given to President Obama, this report continues, one of the first “points” dictates that any assault (terrorist attack) upon the Federation by any CIA-directed ISIS fighters will be considered as an attack upon itself ordered by the .

And to this “war order” authorizing the sinking of USS Porter in the Black Sea, this report says, President Putin has directed in it that “any and all” American military assests operating within 1,000 kilometers (621 miles) of any ISIS attack upon the Caucasus region is to be considered a legitimate target…and which this ship would be within while it operates in the Black Sea.

As to how the Obama regime has responded to this Federation “war order”, this report concludes, it is not fully known…other than to note that within 48 hours of receiving it from President Putin, President Obama “fled to the Pentagon” in a rare visit to meet with his top military leaders about their nations ISIS strategy…or to plot the Greek coup…or just start World War III. 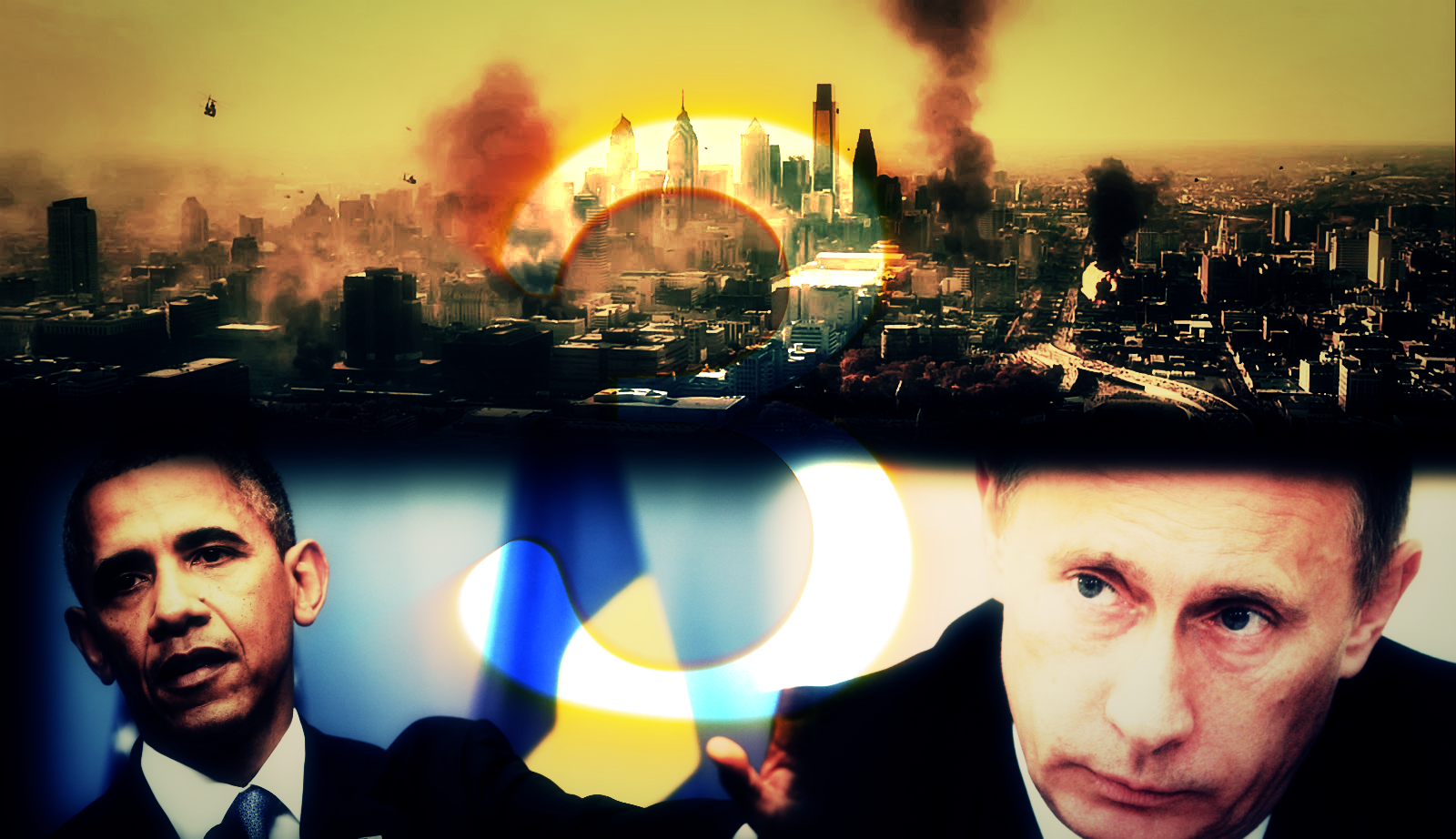 July 7, 2015 © EU and US all rights reserved.  Permission to use this report in its entirety is granted under the condition it is linked back to its original source at WhatDoesItMean.Com. Freebase content licensed under CC-BY and GFDL.