An “emergency” national security report prepared by the Ministry of Defense (MoD) circulating in the Kremlin today is warning that the “sea-creature” discovered on Sakhalin Island in the Far East this past week by local residents has now been identified as a “chimera” deliberately created in/by the United States for purposes as yet unknown and, therefore, now poses a “heightened” security risk to the Federation.

According to this report, on 28 June, a security guard stationed at Shakhtersk Airport on Sakhalin Island, while on a regularly scheduled perimeter patrol accompanied by his “female friend”, observed the carcass of a “sea-creature” that had washed ashore approximately 300 meters (984 feet) from the runway.

Upon this security guard observing this “sea-creature”, this report continues, he and his “female friend” exited their vehicle for a closer examination and to obtain photographs of what they described as an approximately 5.5 meter (18 feet) long fish-like animal having fur instead of scales and possessing a nearly 1.5 meter (5 feet) bird-like beak. 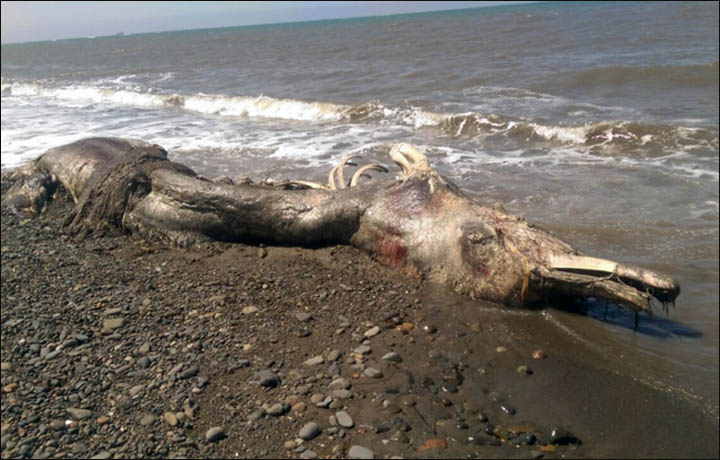 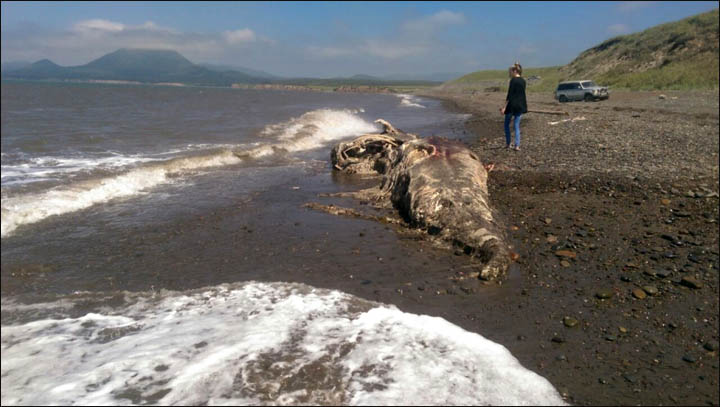 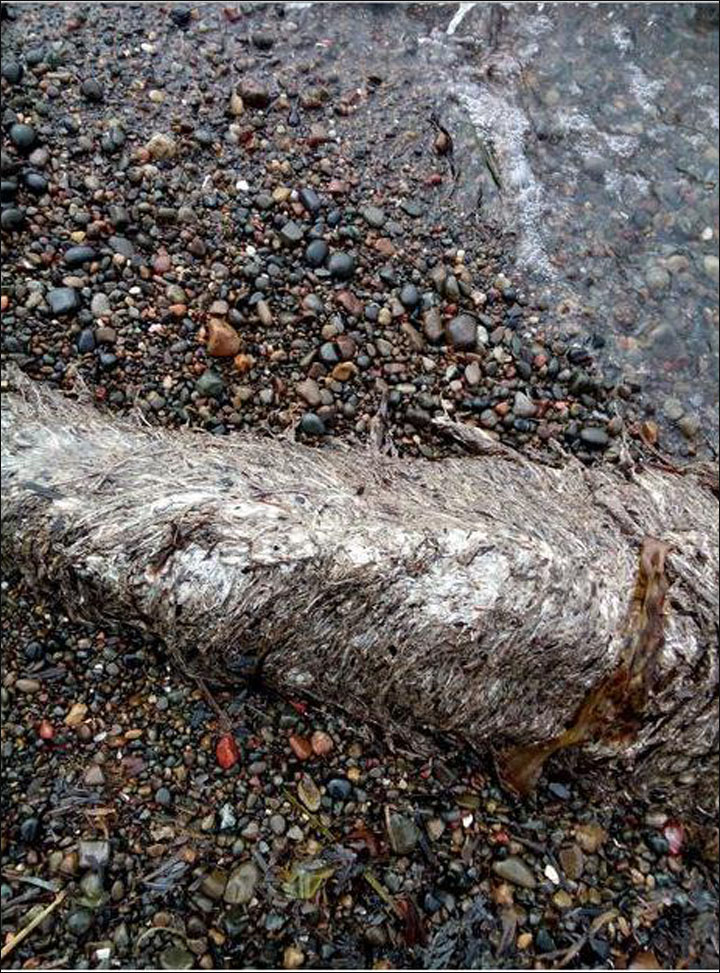 Upon the discovery of this “sea-creature”, this report says, scientists from the Sakhalin Research Institute of Fisheries and Oceanography (SRIFO) were immediately dispatched to the scene to conduct an examination of the carcass and gather DNA samples in order to indentify its origins and species.

Once the initial DNA results of this “sea-creature” by SRIFO scientists showed “alarming irregularities” though, this report continues, they contacted the MoD’s System of Forward-looking Military Research and Development (SFLMRD) for additional “expertise and guidance”.

As the SFLMRD is tasked with monitoring and analysis of all threats to the national security of the Federation posed by international science, this report explains, the DNA results of this “sea-creature” showing it contained “genetic elements” of sea otters, Arctic lamprey (eel) and “gynandromorphy-celled” poultry (chicken) [Note: every cell in a chicken has its own male or female identity] clearly marks this discovery as an “unknown element” requiring this level of scrutiny.

SFLMRD scientists contributing to this MoD report further state that this otter-lamprey-poultry “sea-creature” is not a natural species of any kind thus making it a “chimera”…a single organism composed of genetically distinct cells.

As to who would “construct” such a chimera as this “sea-creature”, this report notes, both the United States and United Kingdom have for years been conducting bizarre genetic experiments involving animal-to-animal, animal-to-plant and animal-to-human hybrids thus making them both liable to have contributed to its creation.

But to this exact “sea-creature” discovered on Sakhalin Island, these scientists note, by its containing the DNA of both the sea otter and lamprey native to the eastern Pacific Ocean regions of Alaska make it “more likely than not” that the United States was behind its making.

And, perhaps, most interesting (or bizarre) in this report are SFLMRD scientists description of this chimera “sea-creature” as being “genetically created” to be a combined salt-freshwater sea mammal able to adapt to the cold northern coastal regions of the Pacific Ocean thus making it suitable for “aquaculture proposes” due to its high protein content.

In coming to this conclusion about this chimera “sea-creature”, these scientists explain, if one were to genetically create an “oceanic equivalent” of a herd of cows, or flock of poultry, to feed a population whose main land food sources were all but depleted, this is exactly the animal you would create.

With the sea otter having an innate social structure within their DNA conducive to their staying in large groups, the lamprey as being a human food source, and poultry, likewise, being one of the largest food sources for humans, SFLMRD scientists in this report further explain, the creation of herds/flocks of these “sea-creatures” for aquaculture purposes would, in fact, significantly minimize the amount of feed grains having to now be grown to feed their land-based equivalents.

And as to how this particular “sea-creature” ended up on the shores of Sakhalin Island, this MoD report states, was most likely due to a severe Arctic storm that pounded the Aleutian Island regions of Alaska earlier last month, and where a number of vast lamprey aquaculture sea-farms are located which it could have escaped from. So powerful, in fact, was this Arctic storm that a few days later the citizens of , reported numerous lamprey’s falling out of the sky.

Once escaped from its aquaculture facility, this report speculates, this “sea-creature” was then, most likely, caught in the Oyashio Current causing it to eventually end up on . 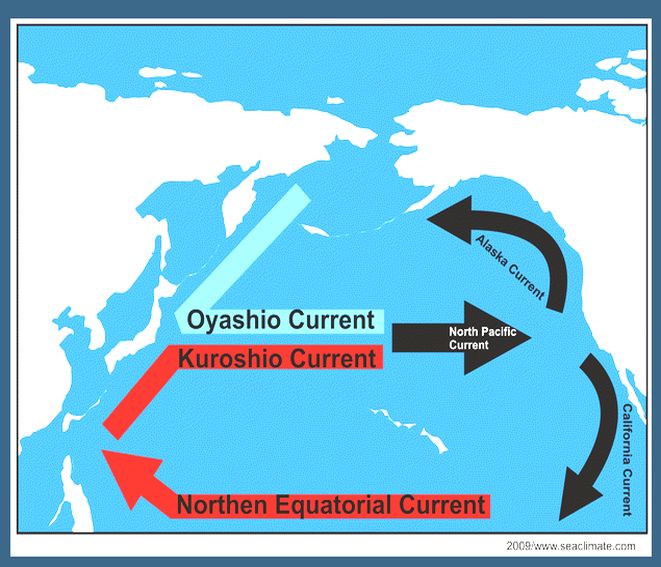 With the world’s best experts predicting that our planet will run out of enough food to feed itself in 35 years, this report concludes, aquaculture of genetically modified chimera species such as this “sea-creature” could very well be our future…but without firm international oversight of the governments (like the United States) and corporations who are developing these chimera’s we could, instead, destroy our entire ecosystem instead.

July 1, 2015 © EU and US all rights reserved.  Permission to use this report in its entirety is granted under the condition it is linked back to its original source at WhatDoesItMean.Com. Freebase content licensed under CC-BY and GFDL.