While the unprecedented global preparations for war are continuing unabated, a grim new Ministry of Defense (MoD) report circulating in the Kremlin today shows that these preparations are, indeed, necessary as a massive conflict between the Federation and Obama regime forces may now be “unstoppable” after President Obama this past week destroyed two of the last remaining treaties existing between Russia and the US designed to ensure peace.

According to this report, due to President Obama’s canceling of a state of national emergency Tuesday, revoking an executive order that provided for payments for Russian uranium under the “Megatons to Megawatts” program, and his ordering yesterday that NATO break its 1997 treaty signed with Russia prohibiting the establishing of permanent Western forces in Latvia as the US and EU pile in more troops to the Baltic States, President Putin was “forced” to take extraordinary additional war preparations by: 1.) Signing an order re-designating Federation war dead. and 2.) Ordering the immediate deployment to of nuclear missiles and anti-ballistic systems.

The specific war dead order President Putin signed this morning, this report explains, amended the list of state secrets [approved under a presidential decree of 30 November 1995] modifying the phrase “information disclosing losses in manpower in wartime” to be complemented with an amendment reading “in peacetime during special operations” so that Federation forces, if needed, can be used “preemptively” against Obama regime forces planning to attack Russia without a formal declaration of war. 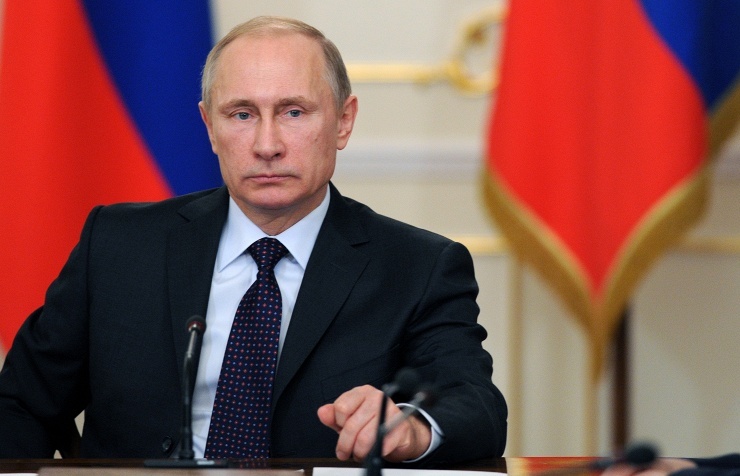 Additionally, this report continues, President Putin has further ordered the immediate deployment to the Kaliningrad Oblast [the Russian exclave between Poland and Lithuania on the Baltic Sea] of both the Iskander-M nuclear missile complexes and the much feared S-500 cruise missile ground-to-air defense system from which they can strike, with “atomic force”, every NATO base on the continent, and UK, within 30 minutes.

Even though NATO Secretary General Jens Stoltenberg called President Putin’s deployment of these nuclear missiles to Kaliningrad “unjustified, destabilizing and dangerous”, and both he and President Obama on Tuesday characterized the Federations relationship with the West as being in an “increasingly aggressive posture”, this report critically notes, neither of them to date, or any other Western leader, has as yet to reply to the 2011 leaked US State Department cables showing their intention of starting a war with Russia. 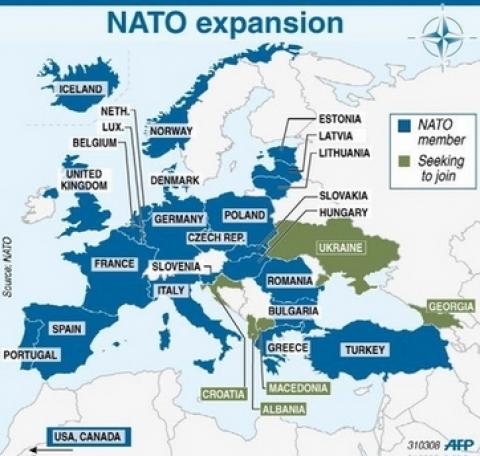 Nearly immediately after his taking office, MoD experts in this report state, these secret US cables leaked to Wikileaks prove that President Obama and his regime began their plan for total war against the Federation, including the use of nine NATO divisions comprised of US, British, German, and Polish military forces to directly invade Russia, in 2010.

One of these cables is signed by the very head of the US State Department, Hillary Clinton, dated 26 January 2010, to the American diplomats at NATO where she emphasizes that the plan for war against has to be kept in strict secrecy, “The United States believes strongly that this plan should not be discussed in public.”

further states that the plans for war with are classified at “the top secret level of NATO” and “public discussion of contingency plans would undermine their military value.”

further adds, “Allowing them to expose NATO's plans, this weakens all of our allies”, and she directed American diplomats to lie to the press in case of leaks. She also suggested evasive answers such as: “NATO does not discuss specific plans” and that agents are instructed to say that “the plans of NATO are not directed at any country.”

To the “coincidence” of the Obama regime planning a war against Russia in 2010 through the Baltic Region as these leaked cables clearly indicate, this report notes, to President Obama and NATO this week breaking their 1997 treaty with the Federation forbidding the stationing of Western troops in the Baltic Region, there exists none as no doubt these “madmen” really want to start World War III. 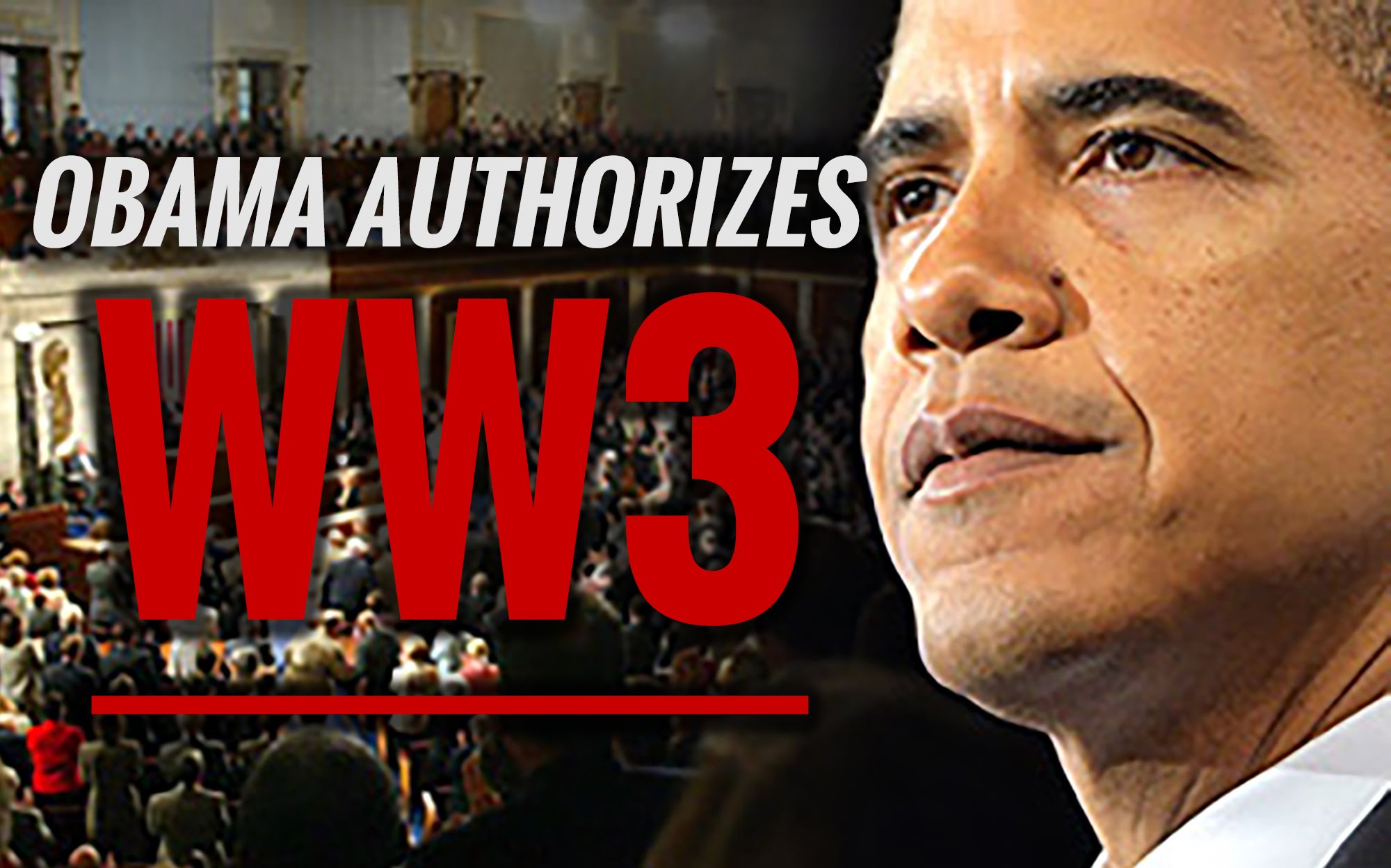 Even worse, this report shocking notes, with President Obama now being the most powerful US leader in that nations entire history who is governing his country under 32 pending states of national emergency after tearing up the one relating to Russian uranium this week, he now, in fact, has more power and military force available to him then did Nazi Germany’s Adolf Hitler.

And with President Obama’s Vice President, Joseph Biden, proclaiming to the entire planet this week that the Obama regime won't accept the idea of global ‘spheres of influence’ other than theirs, this report concludes, it remains left to President Putin to secure the future freedom of the Christian world against these “Satanists” who are intent on not only destroying America with their moral depravity, spiritual/religious destruction, and police state daily existence for all of their citizens…but every other country they can in their insane bid for total dominance so that they can continue to enrich themselves. 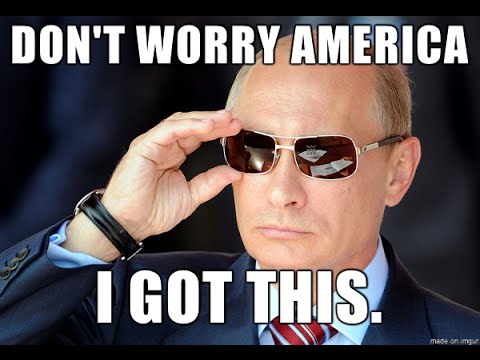 May 28, 2015 © EU and US all rights reserved.  Permission to use this report in its entirety is granted under the condition it is linked back to its original source at WhatDoesItMean.Com. Freebase content licensed under CC-BY and GFDL.