A new Foreign Intelligence Service (SVR) report circulating in the Kremlin today states that the Obama regimes Department of Homeland Security (DHS) deliberately massacred at least 9 innocent motorcycle enthusiasts on 17 May over fears that one of the clubs participating in a yearly rally in , could possibly be linked to the Night Wolves.

Described by some in the propaganda Western press as “Putin’s Hells Angels”, this report explains, the Night Wolves were, in fact, one of the first organized groups that battled against the Soviet communist regime in the 1980’s leading to the fall of that brutal regime, and who have since have taken an interest in the political and social life of Russia, engaging in youth social issues while forging close links to the Kremlin and establishing a friendship with Putin. They also aided the protection of Ukraine from the US installed Nazi government by patrolling the streets of Crimea with unmarked soldiers sent from Russia, fought for the rebels and are deeply involved with the Russian Orthodox Church.

Led by the deeply religious Alexander Zaldostanov [aka “The Surgeon” because of his medical skills], this report continues, the 5,000 member Night Wolves also have the dubious distinction of being the only motorcycle club in history to have been sanctioned by the US government forbidding them from traveling to or having/making business with anyone in America. 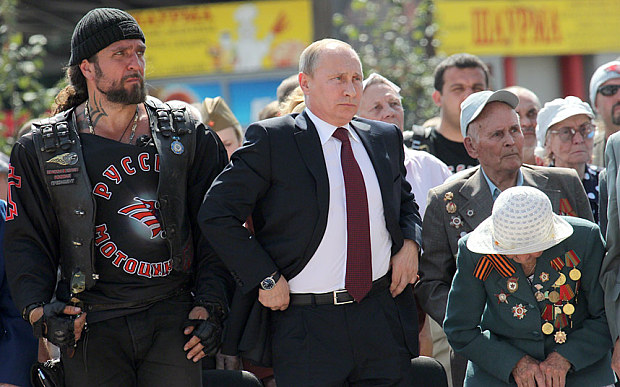 The Obama regimes fears regarding the Night Wolves leading to the 17 May Waco Massacre, this report says, centered around a small and mysterious motorcycle club known as the Cossacks that began in the early 1990’s in the Caucasus Mountains region of the Federation and had just one World War II-era 1942 Harley-Davidson.

Since the 1990’s, SVR intelligence analysts in this report note, little has been known or reported about the Cossacks Motorcycle Club in the Federation other than “certain members” known to have immigrated to the United States where they revived their organization.

Once these “certain members” of the Cossacks Motorcycle Club immigrated to the , this report says, there appears to be little information about them with even Wikipedia failing to note their presence/existence in either their Lists of Outlaw Motorcycle Clubs or List of Motorcycle Clubs.

SVR analysts in this report further note that the Cossacks Motorcycle Club has rarely been mentioned in the American press, with the exception being a 2011 notice advertising their “Annual Mingus Blowout”, in Mingus, Texas, open to everyone and described as a collage-like party with their open invitation stating, “As always, there are No Weapons and No Attitudes allowed assuring a relaxing, fun weekend for all.” 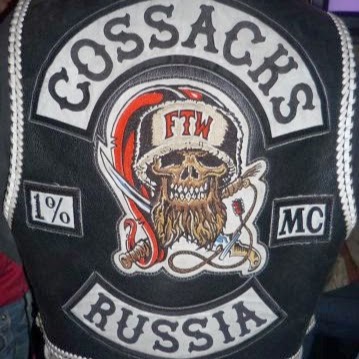 Particularly fearful about the Cossacks Motorcycle Club to the Obama regime, this report states, were “intercepted electronic communications” between them and the Night Wolves, leading some SVR analysts to conclude that the Americans were “terrified” of such an alliance forming as the Night Wolves long experience with operating within the confines of a police state regime would give the Cossacks, and any other motorcycle club they affiliated with, invaluable knowledge to battle their nations suppression by the oligarchs now controlling them.

As the internationally prestigious Princeton University had already declared last year that the United States was now an oligarchy, not a democracy, this report continues, the Obama regime had no choice (like all totalitarian regimes do) but to totally eliminate the Cossacks Motorcycle Club over their perceived fears…and which they began with the 17 May Waco Biker Massacre when military camouflaged DHS snipers embedded on the rooftop of the Twin Peaks restaurant began their deliberate killing spree. 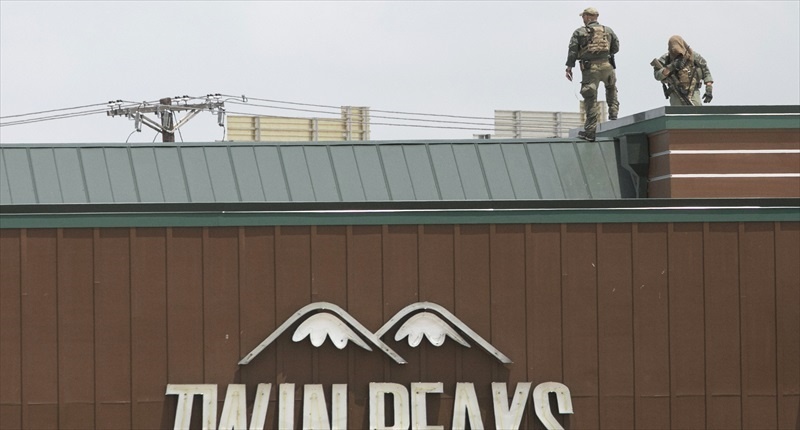 Even worse, at least for the American people, this report continues, within minutes of this massacre, and resembling the propaganda “attack” launched against these once free people on 11 September 2001, the Obama regime began flooding their nations lapdog press with so many deliberately false stories relating to these murders it would be laughable, except, of course, for the families of those left dead and dying.

Of particular note about the numerous Obama regime lies regarding this massacre, the SVR says, are the reports that these bikers all began shooting at each other, when in fact the video evidence proves that only one biker fired his weapon in self defense while fleeing from the DHS sniper fire.

Also to be noted about these Obama regime lies, this report continues, was that where the propaganda reports stated that over 1,000 guns were confiscated from these bikers, in fact barely 300 were actually recovered, and nearly all of them were legally possessed under Texas law.

Of the nine casualties who died of gunshot wounds, the SVR further notes, all were sustained outside the restaurant and no shell casings were found around the bodies while eight of the nine were Cossacks and of the eighteen who were wounded they are not expected to be charged, a fact leading one American independent report on this massacre to state: “So much for the narrative that gangs were fighting each other, or that Bandidos were the aggressors.”

Even more shameful, this report says, where the Obama regime reports that all of the dead were hardened criminals, but which independent research shows the opposite to be true as nearly all of them had no criminal records whatsoever, including Jesus Delgado Rodriguez, 65, who was a law-abiding decorated Vietnam veteran with Purple Heart and had never been arrested in his whole life. 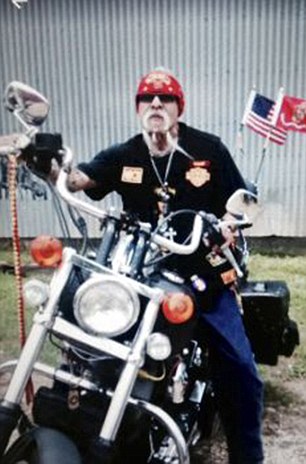 And in one the most appalling acts of government lawlessness the United States has seen in modern times, this report notes, after this massacre by the Obama regime, 170 of the witnesses who were able to describe the DHS snipers unprovoked attack upon them were immediately jailed with no charges filed and placed under $1 million bond each.

Though the Obama regime propaganda media even now continues to spread their lies about this massacre, this SVR report concludes, the same cannot be said about many still free and independent American news outlets, including the Western Rifle Shooters Association (WRSA) which in giving their thoughts as to why this massacre took place simply stated:

“WACO PD have not been very friendly towards bikers and the FEDS TOTALLY despise Bikers! Why? Because we are not afraid of them or their agenda! We are a threat to them! Remember folks we were able to organize in 24 days 800,000 -1.2 million bikers to DC! We did it WITHOUT their permission or support! They even SHUT DOWN the traffic cams…had the news NOT flown over the scene there would have been NO proof that we rode! Yes, folks, like it or not even 1%’s rode with us! They set aside their territories and rode peacefully! JUST like they do at ALL COC meetings!

Bikers stand up to them, to their Christian hate, their muslim agenda and whatever else they want to throw at us! BIKERS ARE PRESENTLY THE BACKBONE of PATRIOT AMERICA! WHAT BETTER WAY TO BRING THEM DOWN THAN WITH BAD PRESS SUCH AS THIS!”

First they came for bikers…

May 22, 2015 © EU and US all rights reserved.  Permission to use this report in its entirety is granted under the condition it is linked back to its original source at WhatDoesItMean.Com. Freebase content licensed under CC-BY and GFDL.