The Presidential Office (PO) in the Kremlin today is reporting that President Putin has “shocked” the capitols of the West, and their propaganda media organs, by his emerging as the top vote getter in a global poll conducted by Time Magazine as to whom the most popular and beloved person in the world is.

The RT News Service in their reporting about this unprecedented failure of the massive propaganda efforts to demonize and President Putin by Western governments and their media stooges further stated:

“Putin - the only world leader to rank in the top 10 - grabbed the global spotlight from the leading divas of pop music: Lady Gaga, Rihanna and Taylor Swift (2.6 percent, 1.9 percent and 1.8 percent of the votes, respectively).

Meanwhile, aside from Putin, the only non-celebrities to appear in the top 10 were the Dalai Lama (1.7 percent), Pakistani female activist Malala Yousafzai (1.6 percent) and Pope Francis (1.5 percent).

President Barack Obama narrowly missed the top 10 with 1.4 percent of the votes, while First Lady Michele Obama attracted 1.2 percent. Putin’s victory appears all the more incredible when you realize that more than half the votes — 57.38 percent — were cast inside the United States.” 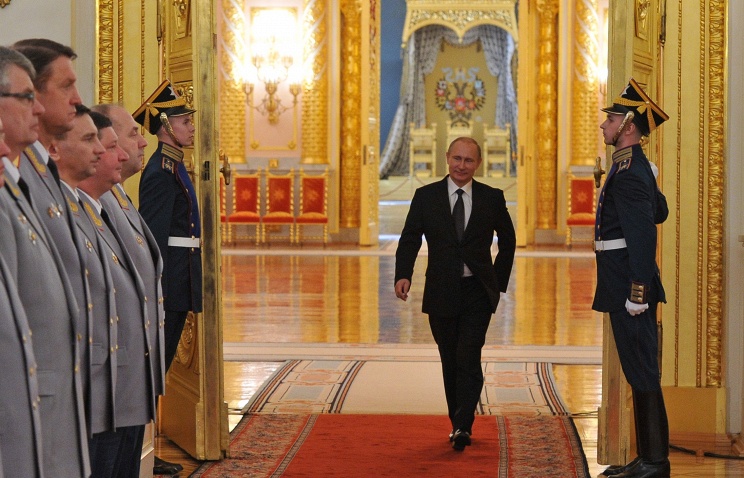 Presidential spokesman Dmitry Peskov in publically commenting on this historic affirmation of President Putin’s global efforts for peace also stated: “The fact that the president is one of the most popular, well-known and respected politicians in the world is obvious. This leadership has been recorded by a number of media outlets — this is also an obvious fact.”

Even more than his global popularity though, this report continues, is the devotion shown to President Putin by the citizens of the Motherland, who even while enduring the illegal and unjust sanctions put upon the Federation by the West, back him by an 86% margin during this historic standoff with the West for his advocating of peace, instead of war…and as, perhaps, best said in his own words: “Sometimes it is necessary to be lonely in order to prove that you are right.”

And to how right President Putin has been in advocating global peace, this report notes, the United States and its Western allies, by contrast, have over the past 14 years initiated failed wars in Afghanistan, Iraq, Libya, Syria, Lebanon, Africa, Ukraine, and now Yemen, endangering the lives of over 500 million innocent human beings…and which up to 2011 when they stopped counting, had cost nearly 250,000 lives and $4 trillion.

At the exact same time that President Putin has sought to stop the West’s warmongering, this report adds, the US and EU have continued their unprecedented buildup of massive military forces all around the Federations borders, while at the same time comically accusing him of wanting to recreate the former Soviet Union…a situation made even more laughable when viewed in the context of Putin’s own words: “Whoever does not miss the Soviet Union has no heart. Whoever wants it back has no brain.” 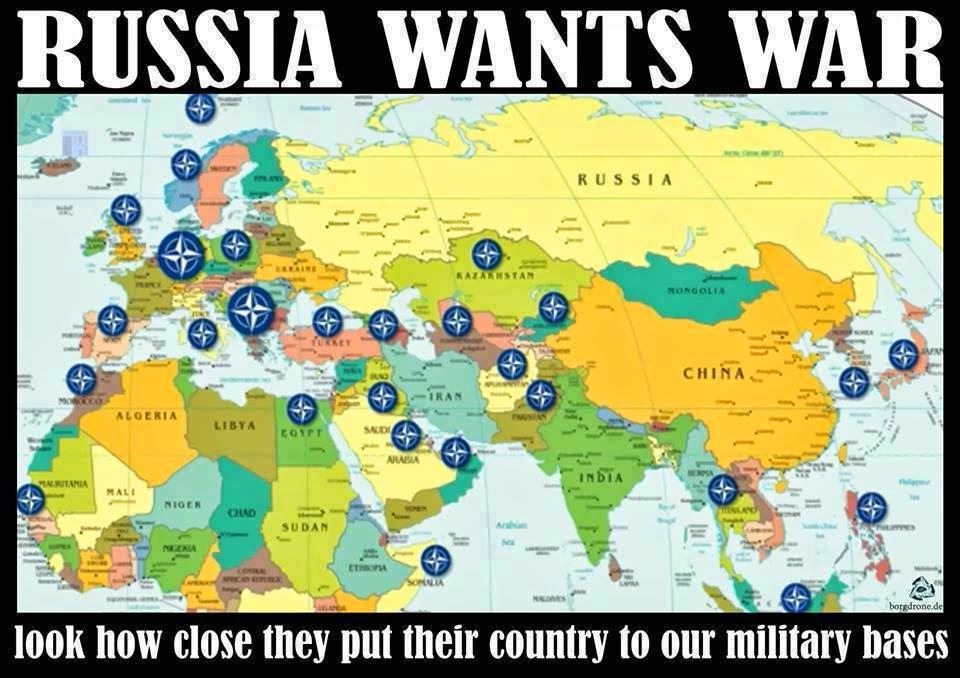 But not to President Putin’s “brain” have the Western power elites focused their attention upon, this report points out, put towards their own people whom they’ve really believed their propaganda was having an effect upon…but which this global Time Magazine poll clearly shows otherwise.

And to the greatest effect President Putin has had, and as the world looks to him now as their last hope of peace, this report concludes, was his showing to the entire planet the hypocrisy of the United States this past November (2014) when after the UN General Assembly’s Third Committee passed the Federations proposed resolution condemning attempts to glorify Nazism ideology and denial of German Nazi war crimes…the US, Canada and Ukraine became the only countries in the world to vote against it. 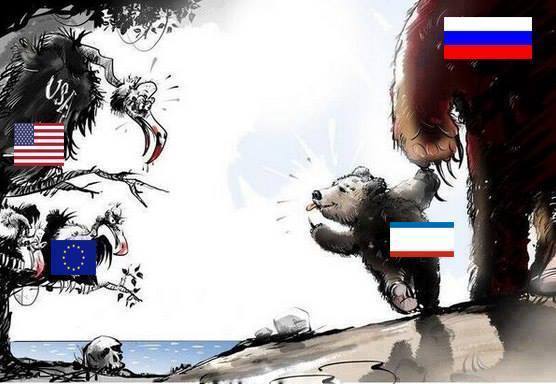 April 14, 2015 © EU and US all rights reserved. Permission to use this report in its entirety is granted under the condition it is linked back to its original source at WhatDoesItMean.Com. Freebase content licensed under CC-BY and GFDL.