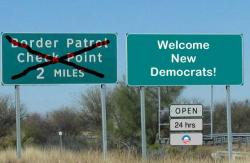 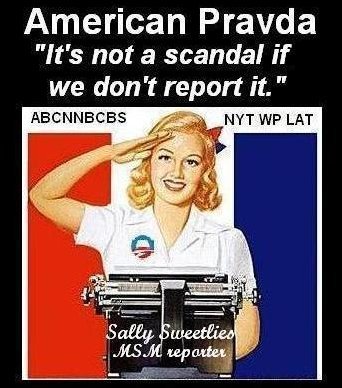 “What is allowed for God [the ] is not allowed for cattle [the rest of the world]. Currently, the level of public support for the Obama regime and the Congress is far too low to be compatible with a functioning democracy.  If the is actually a democracy, it is the most dysfunctional democracy in world history.”

Vladimir Vladimirovich Putin, President of the

In my over 40 years of reviewing the thousands of reports published by the Sisters that seek to enlighten those whose interest is the truth behind the most momentous issues of our time, I must confess that this is the first time I’ve become awestruck by the sheer audacity of those seeking to brutalize humanity—and even more shocked by how easy their efforts have become due to the lack of knowledge among those to be the most affected by their actions.

One example of this are the events that occurred this past week in the United States where President Obama uspurped his Constitutional power to allow upwards of 5 million economic refugees currently residing in America illegally to stay, even to the point of closing down his governments “Secure Communities” programme thus allowing all of the illegal criminal migrants to stay too!

But to understand what Obama really did, you have to understand the term “smoke and mirrors”, which is a metaphor for a deceptive, fraudulent or insubstantial explanation or description. The source of the name is based on magicians' illusions, where magicians make objects appear or disappear by extending or retracting mirrors amid a distracting burst of smoke.

And in this particular case, Obama, in usurping his power and allowing these millions of illegal economic refugees to stay in America, used his actions as the “smoke and mirrors” to deceptively cover up three of the most consequential orders he has ever issued, and that when combined can only be described as the final blow against the United States.

The three orders issued by Obama on 21 November while the “smoke and mirrors” of his immigration actions were roiling America are innocuously titled: Delegation of Authority Under Section 614 of the Foreign Assistance Act of 1961, Presidential Determination on Refugee Admissions for Fiscal Year 2015, and Determination With Respect to the Child Soldiers Prevention Act of 2008.

Far from being innocuous, however, the first Obama order gives sole power, along with over $120 million, to US Secretary of State John Kerry to begin waging war in and suspends the Arms Export Control Act of 1976.  The second Obama order authorizes over 60,000 foreign refuges to be placed in America during 2015, nearly all of them being Islamic fighters from the Middle East, Asia and Africa—and which with his third order, Obama suspends US law to allow many of these foreign warriors to be child soldiers too.

As to why Obama issued these late Friday night orders while the “smoke and mirrors” of the immigration crisis was occupying all of the mainstream news can (and will) most certainly be speculated upon, the greater question to ask is why virtually no one in America knows about them?

One clue to answer that question was provided this past week by the nonpartisan US government watchdog group Judicial Watch who were given by a Federal Judge access to over 42,000 heretofore kept secret documents from the Obama regime that include, and as they report:

“One of the documents provides smoking gun proof that the Obama White House and the Eric Holder Justice Department colluded to get CBS News to block reporter Sharyl Attkisson. Attkisson was one of the few mainstream media reporters who paid any attention to the deadly gun-running scandal.

Schultz replied, “Good. Her piece was really bad for the AG.”

Schultz also told Schmaler that he was working with reporter Susan Davis, then at the National Journal, to target Rep. Darrel Issa (R-CA). Issa led the House investigation into Fast and Furious. Davis now works at USA Today. In the email chain, Schultz tells Schmaler that he would provide Davis with “leaks.”

As this is but just one example of how thoroughly corrupt the American media has become, the US isn’t alone as Udo Ulfkotte, a former editor of one of Germany’s most important newspapers, the Frankfurter Allgemeine Zeitung, has written a best-selling book, Bought Journalists (“Gekaufte Journalisten”), in which he reports that the Central Intelligence Agency (CIA) owns everyone of significance in the major European media. In his own words Udo Ulfkotte says that he was “taught to lie, to betray and not to tell the truth to the public.”

So with the Obama regime using its “smoke and mirrors” tactics to deceive the American people yet again, and with both US and European journalists doing nothing but betraying the public by continuing to lie to them—who then should everyone to turn to in order be told the truth?

The answer to that question depends on what truth you want to hear?

For example, if you want to know how the nearly 100 earthquakes in south-central Kansas this past month are associated with the Obama regimes massive new Kansas atomic bomb factory opened in September that is bigger than the Pentagon and full of futuristic gear and thousands of workers then you’d come to us.

Likewise, if you want to know why the Dutch government has refused to reveal details of a secret pact between members of its Joint Investigation Team examining the downed Flight Malaysian Airlines Flight17 over Ukraine [If the participants, including Ukraine, don’t want information to be released, it will be kept secret.] and how that is that connected to the US Federal Reserve stunningly allowing the Dutch Central Bank to repatriate 122 tonnes of gold this past month, and which Germany gave up trying to do—again, you’d come to us.

Also, you could come to us to see for yourself the massive 19 October explosion in Mars atmosphere that exactly coincided with another massive blast from the Sun—or you could, instead, go to the mainstream media report on this historic event and read: “Most recently, a comet made its way past Mars and left a significant amount of dust floating in the planet’s atmosphere. The result was yet another incredible light show documented by scientists. Nick Schneider, a planetary scientist at the University of Colorado, was understandably upset by the failure of NASA’s robots to capture the spectacular event, but took the opportunity to praise human beings as the best and most reliable scientific observer.”

Simply put—you get what you pay for.

If you want to continue being lied to and deceived by the “smoke and mirrors” tactics of your masters by all means keep reading/watching/believing the mainstream media, after all, they’re the best money can buy—just ask the CIA.

On the other hand, if you want to know the real truth—and with the understanding of how dangerous it is to do—then you have to help us do it!

Please continue reading below about the special offer being given to all of you loyal patrons and readers, and by all means, please help us continue our efforts as without knowing the truth about what is to come, many will be lost.

Lastly for all of you Americans, and before you turn away from our appeal to you—read these words coming out of the United Nations this morning [click on the link too] and shudder:

“UN General Assembly’s Third Committee passed a Russia-proposed resolution condemning attempts to glorify Nazism ideology and denial of German Nazi war crimes. The US, Canada and Ukraine were the only countries to vote against it.”

Please choose your $20…$50…$100 option below to support our efforts…within 24 hours you will then receive your lectures by email. Thank You!

Details on this special offer:

It has been 6 years since we began to share our talks with you, and I wanted to share the story of the beginning of our lecture series.  It had always been our practice to come together several times over the course of each year as our schedules permitted, to attend to group issues, exchange ideas and advice, and simply to enjoy the company of our fellow souls.  It has also always been our practice to present an informal lecture on a topic selected by one or more of us.  When our time together was done, we would go back to our daily lives, enriched and encouraged by our time together. Also over time, our group changed as new sisters joined, and duties and mission work took others too far away to return to our gatherings.

About 8 years ago, we welcomed Sister Eileen into our group.  She found us late in her life, but inspired all who knew her with her passion for learning and conviction that we all continue to grow spiritually each day that we draw breath.  When the time came that she was no longer able come to our gatherings, she had only one request, and that was for us to record our talks on tape so that she could listen and feel as though she was present with us.  Other Sisters learned about the recordings and requested them as well, and thus the distribution of the lectures began.

Today, on the fourth anniversary of the passing of our dear Sister Eileen, we are proud to begin to fulfill our last promise to her, which was to build an archive of the recordings that we have available, for the Sisters of Sorcha Faal and for our Patrons.  It is a work in progress, and one that will continue to grow as time passes, but for this special offering we have over 12 hours available now for you.