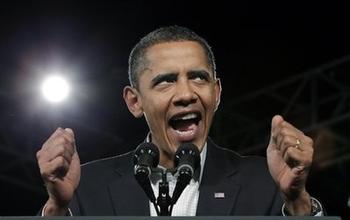 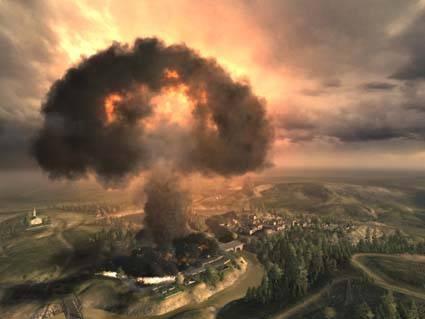 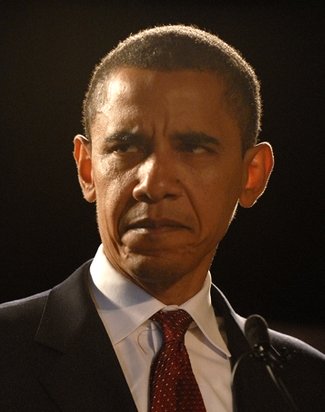 “ was just an air strike with no boots on the ground too.”

On 7 December 1941, 56 ships and 414 aircraft of the Empire of Japan carried out the equivalent of a 21st Century “surgical strike” against the of at causing the destruction or crippling 16 ships and 347 aircraft costing the lives of 3,649 dead and wounded Americans.  The following day, 8 December 1941, the declared that a state of war now existed between it and the Empire of Japan thus entering into World War II.

Today the full might of the United States is preparing for its own Pearl Harbor type “surgical strike” against Syria utilizing at least two aircraft carrier strike groups, at least 10 cruise missile capable destroyers and submarines, countless numbers of B-1 and B-2 bombers, and an intelligence apparatus that guarantees near virtual success in destroying just about anything they so choose.  The day following this anticipated strike against , World War III will have begun.

The common thread linking World War II and World III is the global economy…in 1941 the vast majority of the Western nations were under brutal siege from their own populations as the grinding effects of the Great Depression were still ongoing from the 1929 banking collapse and every effort to stop it had failed…in 2013 every single effort to revive the global economy from the 2007-2008 banking collapse have, likewise failed.

Due to this New Great Depression, the , European Union, the majority of nations in South America, Asia and all of the are in an economic death spiral that no amount of US Federal Reserve printed out of thin air Dollars are able to either control or stop.

You may not know this fact, but it is true that there is overwhelming agreement among global economists that World War II was responsible for decisively ending the Great Depression. When asked why the wars in and have failed to make the same impact today, they often claim that the current conflicts are simply too small to be economically significant.

By the entering into World War II the numbers were indeed staggering. From 1940 to 1944, federal spending shot up more than six times from just $9.5 billion to $72 billion. This increase led to a corresponding $75 billion expansion of nominal GDP, from $101 billion in 1940 to $175 billion by 1944. In other words, the war effort caused US GDP to increase close to 75% in just four years.

World War II also wiped out ’s chronic unemployment problems. In 1940, eleven years after the Crash, unemployment was still at a stubbornly high 8.1%. By 1944, the figure had dropped to less than 1%. The fresh influx of government spending and deployment of working-age men overseas drew women into the workforce in unprecedented numbers, thereby greatly expanding economic output. In addition, government spending on wartime technology produced a great many breakthroughs that impacted consumer goods production for decades.

Now the most critical fact you need to know now is this…massive unemployment ALWAYS causes rebellion, revolution and civil war.

And the reason you need to know this FACT is that the elite classes ruling over your lives know it…such as the influential Rand Corporation which back in 2008 when the global bank crisis started urged the Pentagon to start a massive war with a major foreign power in an attempt to stimulate the American economy and prevent a recession….and the powerful Washington Post columnist David Broder who in 2010 urged President Obama to start a major war with Iran in order to help the economy and be reelected…and Nobel Prize winning economist and close Obama confident, Paul Krugman who in 2011 extolled the virtues of World War II in being able to solve the chronic US unemployment problem started by the Great Depression.

Obama, most unfortunately, has begun drinking this war “Kool-Aid” like so many of his predecessors had done.  Granted, since coming into office in 2009, Obama has withstood these war forces, but as the and global economies now show, he has now given in.

However, seeing an attack on Syria for what it really is, the start of World War III, and likewise noting that the typical mainstream propaganda media onslaught is this time failing to convince anyone of their trumped up charges against yet another Middle East nation, Obama has hit the proverbial “pause” button, in effect stating to his war monger “friends,” that he will not start World War III without them being in the dock with him.

And make no mistake about this…the “invisible hand” that pushed Obama’s finger down on that “pause” button was the global Alternative-Conspiracy news movement that for the first time in modern history has stopped these war mongers plans dead in its tracks!

But if you think this small victory is enough, YOU COULDN’T BE MORE MISTAKEN!

These powerful mainstream media propaganda organizations have spent literally billions over the past 20 years to make sure that what they say is believed and trusted without any examination or doubt…and to them this is but a minor setback, and their backlash (which has already started) is going to be more brutal than anything we’ve seen from them yet.

Standing between these “mainstream” news liars and the truth is YOU!  But, and this is critical, only if you continue to support those of us who are still telling you the truth, and thus enabling you to act with that knowledge.  After all, how do you think those tens of thousands of people in the now telling their lawmakers to stop this war, and the hundreds of thousands more demonstrating against it all around the world are getting their facts from?

During the coming weeks you are going to be hearing more lies from your governments, you are going to see a number of “false flag” attacks designed to frighten you into inaction, and you will see your elected leaders bowing to the war mongers whose threats against them are real and not to be taken lightly.

And be warned….just like on 11 September 2001…do not put it past these monsters to put on a “spectacular show,” especially in light of the newly emerging facts relating to the secret transfer in the US of nuclear weapons.

As we’ve told you many, many times during the past decade…It doesn’t matter if you like it or not, YOU ARE a participant in this war, and as the final chapters of this grand saga are being written, YOU CANNOT fail to stand up and support those of us who at great risk have “paused” this war, because if you do there will truly be no hope left for any of us.

Your immediate gift to us today will insure our ability, under all circumstances, to continue telling you the truth about what is happening.  On the other hand, your failure to support us (or others like us) will insure that only voice left will be that of the “mainstream” news war mongers.

This is, indeed, a grave hour…but those of courage will rise up and not fear these monsters nor their threats and will, instead, rally around those few of us left still actively fighting against them where it counts the most…the court of public opinion.

You may not feel like you count for much anymore…but remember this…YOUR SUPPORT for sites like ours over these past many years has stopped these monsters….let’s keep doing it!  It can be done!

(Please note that those who respond to this appeal, in any amount, will receive, at no charge, Sorcha Faal’s  August, 2013/September, 2013 lecture series to the Sisters of the Order titled “Total War: the Collapse of the United States and the Rise of Chaos: Part 32”.  This is another one of the Sorcha Faal’s most important lectures dealing with the coming timelines of war, famine, catastrophic Earth changes and disease as predicted by ancient prophecies.)