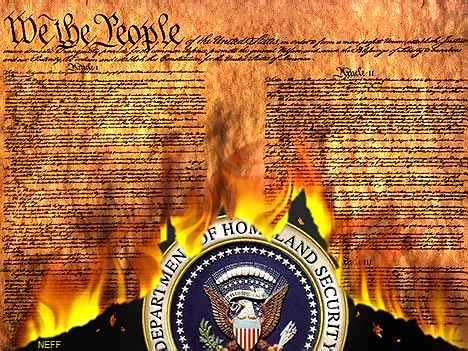 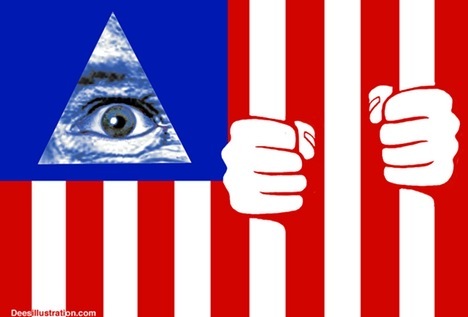 When future history books are written they will, undoubtedly, devote a substantial part of their efforts into explaining how the once great nation called The United States of America went from being one of the most powerful forces of good the world has ever known to where it has evolved today….a country hated the world over and teetering on the brink of total economic collapse and all-out civil war.

Future students reading these books will, also undoubtedly, be asked of their teachers to explain how such a country could descend to such depths in such a short period of time, especially given their citizens long history of protecting their most cherished and valued rights.

The most perplexing question these students will have in their minds, however, is why didn’t these Americans see what was coming as the “script” for complete police-state totalitarian rule was written long before their nation was destroyed and that in the 20th century alone saw two World Wars, the collapse of the British, Chinese, French, German, Hungarian, Italian, Japanese, Russian, Turkish and Soviet empires, all of which enabled the United States to become the sole arbitrator of global power in less than a century.

In answering this question, the teachers of the future will point out to their students the “paradox” faced by the American people in the late 20th and early 21st centuries who on the one hand valued their national identity, while on the other realizing that the problems faced by everyone in the world were global in nature that called for solutions no one single nation, even the most powerful, could accomplish by themselves.

They will, also, be told how the American people were outright deceived and misled by their leaders into believing one thing, but who at the exact same time were plotting an entirely opposite agenda designed to destroy and completely dismantle the United States as the “last sacrifice” upon the alter of globalization.

Unfortunately, those of you reading these words today aren’t going to have the benefits these future students will have in knowing what happened, and why it happened, because you’re living in the middle of those history books whose final chapters are being written now.

But I want to tell you a secret….these final chapters, indeed the full ending of this story is KNOWN….you just have to know it, adjust to it, and plan how you’re going to survive it.  Because if you haven’t noticed already, it’s going to get a lot worse before it gets better.

Now at this point I could regale you with fact upon fact upon fact as to how America has descended into a police-state nation described most aptly in the recent article “All Aboard the Auschwitz Express: 'People Don’t Want To Believe It,' but for those of you who already know this you don’t need any more convincing, and for those of you with blinders on there’s nothing anyone can say that will make you see the truth.

What all of you may not know, however, is how fast and furious things are about to change…for EVERYONE!

Now the truth of what is going to occur, and how fast these titanic changes are coming, are known to many, but only a few of us have prepared ourselves to suffer the consequences for letting you know.  And make no mistake about this, the retribution against those letting you know the truth will be swift and deadly…after all, you are nothing more than slaves and useless eaters to these monsters, not the human beings we know you to be and deserving of being told the true facts.

The main preparation we’ve had to make over these past 4 months is in our implementing an information infrastructure specifically designed to withstand and repel any and all attacks against us so that the free flow of information to you will not cease.  This includes multiple servers throughout the world specifically designed to keep us going even during an all-out war, and as long as you have access to the Internet, we’ll be here giving you the information you need to know.

It goes without saying that this has been the largest project we’ve ever engaged in and the costs have been enormous...and with this letter I’m asking each and every one of you to help us cover these costs because, after all, everything we’ve done we do for you.

The vast majority of you will, as always, will ignore this request falsely believing that the information we give you can be freely gotten elsewhere…but the simple truth is that isn’t true.  And you know that because you’re here.

Well, in every persons life important choices must be made, and your time is now to make one of them…Are you going to become part of the solution, or remain part of the problem?

If you want to remain part of the problem you join all those who have gone before you with that kind of mindset who fell to the tyrannical regimes of Soviet Russia and Nazi Germany….granted, that doesn’t make you a monster like your leaders, but it does make you morally complicit in their crimes….after all, the old adage is still true…THE ONLY WAY FOR EVIL TO TRIUMPH IS WHEN GOOD MEN AND WOMEN DO NOTHING.

For those of you living in today be warned…the civil war being foisted upon you is going to be the most horrifying experience of your lifetime and your very survival depends on knowing everything about it.  We’re prepared to do that for you, but you’ve got to help us help you….TODAY!

(Please note that those who respond to this appeal, in any amount, will receive, at no charge, Sorcha Faal’s April, 2012/May, 2012 lecture series to the Sisters of the Order titled “Total War: the Collapse of the United States and the Rise of Chaos: Part 26”.  This is another one of the Sorcha Faal’s most important lectures dealing with the coming timelines of war, famine, catastrophic Earth changes and disease as predicted by ancient prophecies.)