Only History Can Save Now 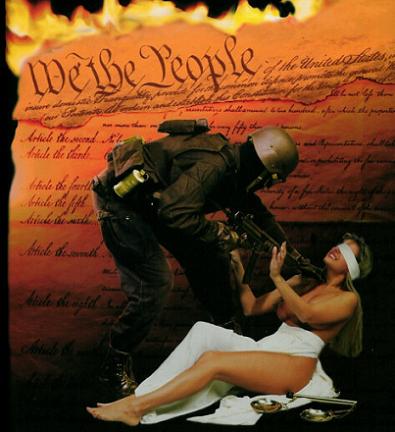 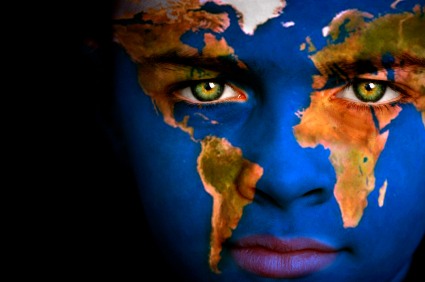 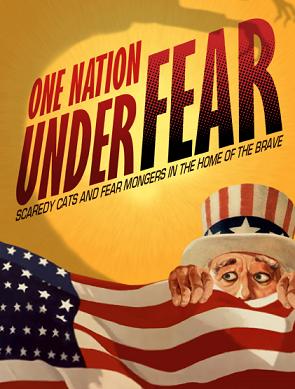 “There is no inherent meaning in information…it’s what we do with it that matters.”

The events emanating from the and (known as the West) continue to resemble a slow-motion train wreck with barely any of the hundreds of millions that will be left devastated by this catastrophic collision even knowing its causes…or more importantly, why it has been allowed to happen in the first place.

This was, also, the case in 1998 when these “masters of this disaster” (loosely known as the “Chicago Boys”) descended upon and caused one of the largest economic collapses in modern history wiping out the savings and wealth of nearly every Russian family.  After these Western “economic locusts” descended upon where from 1999-2002 they, likewise, destroyed that nation’s economy sending tens of millions into poverty…and they were just getting started!

Of the nearly 100 national economies these Chicago Boys have destroyed around the world over the past 30+ years Russia and Argentina deserve special mention because they were the ONLY ones to wise up, see and understand what was really going on, and throw these monsters out of their countries thus allowing these two nations to remain islands of economic stability in the growing storm of global economic collapse.

As we were at the forefront of these titanic battles, in both and , against a foe so wicked and determined they would stop at nothing to achieve their goals, the “recipe for success” devised for winning was relatively simple…when people are made aware of their history they are able to defeat even the strongest foe against them.

Though the “recipe” was simple, the implementation of it wasn’t…after all, how does one go about exactly informing people of their history when virtually all of the means of mass communication are controlled by the very tyrants you are seeking to defeat?

Well, the answer to that question, as far as modern history is concerned, was devised by the man known as the Father of the American Revolution, Thomas Paine (1737-1809) who on 10 January 1776 anonymously published under the signature “Written by an Englishman” a pro-independence monograph pamphlet titled “Common Sense” that sold over 500,000 copies (including pirated editions) detailing the shared history of the American people and led to their gaining their freedom from the British Empire.

So powerful was Paine’s message to the American people, that by the time the Revolutionary War ended, nearly 11,000 captured US Soldiers died unspeakably horrible deaths on the sadistic prison ships they were kept on in New York Harbor rather than swear allegiance to the British Crown…a total that was greater than all of the deaths of American Soldiers from every single battle of the Revolutionary War COMBINED!

This historical sacrifice, unparalleled in human history, was once the most important holiday celebration in the known as Evacuation Day and celebrated in every town, village and city in every 25th November marking when the last vestige of British authority in the left forever.

Today the memories of the ultimate sacrifice given by these true American Hero’s so that their countrymen could become free are nearly totally forgotten and is not even taught to schoolchildren anymore. The deaths of 11,000 US Soldiers who refused to turn their backs on the oath they took…FORGOTTEN!  The power of Thomas Paine’s Common Sense to unite an entire nation…FORGOTTEN!

Why are they forgotten?  Simple…if you can make a nation forget its past you can control its future.

Due to our efforts, and many other groups and organizations like ours, the stranglehold on historical information put upon the people of Russia and Argentina by these economic tyrants (like those imposed the American people in the 1700’s by the British) was broken thus allowing enough of them to learn the truth, and after learning the truth teaching it to others, and when a “critical mass” formed allowed them to free themselves.

Critical mass is a sociodynamic term to describe the existence of sufficient momentum in a social system such that the momentum becomes self-sustaining and creates further growth; and more simply means that you don’t have to reach everybody with the truth, you just have reach enough of them.

And whether you want to accept this truth or not, YOU ARE OF THEM!

Just by you being here reading these words shows beyond all doubt that you are searching for the truth…and all truth is found by understanding the past…that’s where the victory or defeat of this war will be decided.

In America alone, the failure to know the past has put over 100 million people — one in three Americans — either in poverty or in the fretful zone just above it in a destruction of the middle class of that once free nation not seen in modern history on such a scale.

And in a society that in barely a decade has evolved into a “two-tiered society” of rich and poor, and where one in five adults now take medication for mental disorders, whose national debt reached this past week the staggering total of $15 trillion, held mostly by the US Federal Reserve System that has only $52.5 billion of capital backing a $2.7 trillion balance sheet, these Americans have been deprived of their history in knowing what is about to happen next…because it has happened before!

Now I want to tell you a “secret” that your “mainstream” media, your politicians, nor your bankster overlords will tell you…THIS WAR IS FAR FROM OVER, AND VICTORY IS MUCH NEARER THAN YOU THINK!

If the people of Russia and Argentina have showed you anything it’s this…EVEN WHEN IT MAY SEEM THAT ALL IS LOST, THAT IS WHEN VICTORY IS NEAREST TO YOU!

And if the massive demonstrations being held in America, Europe, the Middle East and Asia tell you anything it is this…the power of those “controlling the strings” is beginning to loosening, in some places breaking, and as events to control and manipulate the “truth” by the elite tyrants are uncovered and revealed the past will, once again, determine the fate of billions.

Remember two things though…as the power of these monsters begin to fray that’s when they become their deadliest and they will resort to ANYTHING to suppress the past and the truth that emanates from it.

The reason for this is simple to understand because what they are doing now they have done many, many times before…and when you begin to discern their “patterns” warnings can be issued and people’s lives and savings protected.

There is, perhaps, no greater example of this than in the saga of William Cooper (1943-2001) who as an author and radio commentator warned his fellow Americans on 28 June, 2001 to expect a “major terrorist attack” that would be blamed on Osama bin Laden. Barely 3 months later Cooper was proved right when on 11 September 2001 was attacked.  Barely two months after the 11 September 2001 attacks Cooper was gunned down in his front yard by police on 5 November 2001.

The power elites, like they do to us and others like us, censored Coopers warning about what was about to happen thus allowing nearly 3,000 innocent Americans to lose their lives.

Are YOU going to let this happen again?

If you aren’t than you have to do something to stop it….NOW!

And your best way to prevent another 9/11, or another senseless war, or an even greater economic collapse, is to help those of us battling every day for you on the front lines of this war.

Like the Americans who purchased Thomas Paine’s Common Sense thus insuring their past would be preserved, and which thousands of their fellow countrymen sacrificed their lives to defend, YOU are now being called to be a patriotic hero too.

But unlike the countless millions who have given their lives to preserve freedom from these monsters over the past 100 years, all you are being asked to do is support those who are risking their lives.

Is the truth about your past so that you can know the future worth anything to you?  If it is than give what you can TODAY!

If you really believe that we can survive against the billions in propaganda being spent to keep the truth from you by these monsters you’re sadly, and dangerously, misinformed about your own history.

With every report we write we provide to you the history of what lies behind the events happening for you to read, digest and incorporate in your knowledge of what is happening now and what is going to happen.

Who you listen to now, and who you believe, IS going to determine not only your fate, but the fate of your nation too.  If you believe that these elite monsters are telling you the truth than by all means don’t give us, or anyone else, anything.

On the other hand, if you’re finally awakening to the truth and how dangerous it has been to believe the lies you’re being fed, than give to us NOW…TODAY so that once again in some future time you’ll be able to say with pride that you did your share when it counted the most!

(Please note that those who respond to this appeal, in any amount, will receive, at no charge, Sorcha Faal’s August, 2011/September, 2011 Part II lecture series to the Sisters of the Order titled “Total War: the Collapse of the United States and the Rise of Chaos: Part 22”.  This is another one of the Sorcha Faal’s most important lectures dealing with the coming timelines of war, famine, catastrophic Earth changes and disease as predicted by ancient prophecies.)