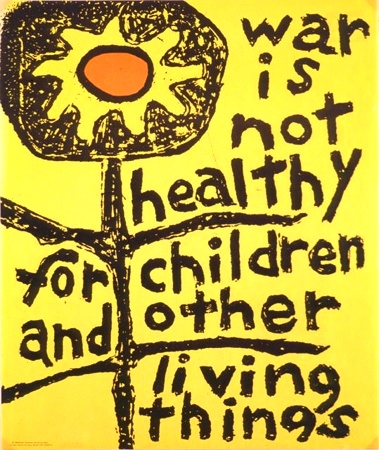 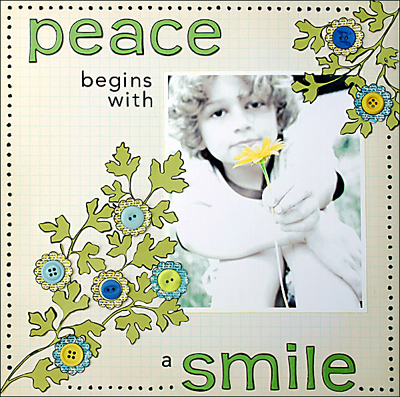 “Life is a process of becoming, a combination of states we have to go through. Where people fail is that they wish to elect a state and remain in it. This is a kind of death.”

In the early 1950’s, a group of Japanese scientists observing the behavior of macaque monkeys on the island of Koshima began to notice that a small number of these primates had begun washing their food before eating.  As the years of observation went by the scientists began to notice that the number of these monkeys who were washing their food prior to eating was increasing, very slowly, until, for some as yet ‘unexplained’ reason, when the 100th monkey began to wash his food suddenly all 10,000 monkeys on the began washing theirs too.  Or so this ‘story’ goes.

In the late 1990’s, some of the World’s top scientists formed a new organization they titled The Global Brain Group to discuss the possible emergence of a Global brain out of our World’s ever expanding computer networks they theorize could function as a nervous system for the human superorganism. This Global brain theory refers to the idea that “the increasing intelligence and interconnectedness of humans and computers could very well produce an emergent Global brain through the interconnectedness of humans brains facilitated by emerging technologies, or by other methods such as the Internet waking up and becoming self-aware.”

In the year 2000, American science author and former music industry publicist Howard Bloom published what many experts believe is one of the most important books of our time titled Global Brain: The Evolution of Mass Mind from the Big Bang to the 21st Century which “confidently asserts that our networked culture is not only inevitable but essential for our species' survival and eventual migration into space.”

Now to fully understand the viability of the many theories which state that our human race is meant to evolve in harmony with each other, the other species which inhabit our Earth, and our Planet too, it is critical that you realize that there is an all powerful and insidious force that seeks, at all costs, to ensure that this never happens.

In the year 2002, the BBC presented a four-part award winning documentary titled The Century of the Self explaining to the viewer how “those in power have used Freud's theories to try and control the dangerous crowd in an age of mass democracy” and how a man named Edward Bernays, called by the American publication Life Magazine as one of the The Most Important People Of The 20th Century has now become, even in death, one of the most powerful human beings to have ever walked the Earth.

When the 28th President of the United States Woodrow Wilson uttered the fateful words “Since I entered politics, I have chiefly had men's views confided to me privately. Some of the biggest men in the U.S., in the field of commerce and manufacturing, are afraid of somebody, are afraid of something. They know that there is a power somewhere so organized, so subtle, so watchful, so interlocked, so complete, so pervasive, that they had better not speak above their breath when they speak in condemnation of it.”, it was Edward Bernays and a man named Ivy Ledbetter Lee he spoke of, both of whom are now called the ‘fathers’ of the science of public relations.

And President Wilson’s fear of Bernays and Lee were well justified too due to his, Wilson’s, knowledge of what these men were planning since learning of their ‘master plan’ (backed by the largest and most powerful bankers and industrialists in the United States and Europe) when Lee was his student in Princeton University, and which would lead an unsuspecting American public (and soon to the entire World’s population) towards a ‘new society’ that would enslave them in a state of perpetual war.

In the 1933, US Supreme Court Justice Felix Frankfurter warned in a letter to President Franklin D. Roosevelt that Bernays and Ivy Lee were “professional poisoners of the public mind, exploiters of foolishness, fanaticism and self-interest”, a position well justified when in that same year the Reichsminister of Propaganda in Nazi Germany, Paul Joseph Goebbels, stated to Hearst newspapers foreign correspondent Karl von Weigand that Bernays book, Crystallizing Public Opinion, “was the basis for his destructive campaign against the Jews of Germany.”

Unfortunately though, President Roosevelt failed to heed Justice Frankfurter’s warning and was almost removed from office by the 1933 Business Plot Coup ‘masterminded’ by Bernays and Lee and intended to ‘unite’ the United States with the newly installed Chancellor of Germany Adolf Hitler, both of which were backed by the most powerful bankers and industrialists in the United States and Germany, including US Senator Prescott Bush, who though failing to see his ‘vision’ of a United German-American Fascist Empire ruling the World realized at the time, was successful in having his son (George Herbert Walker Bush, 41st US President) and grandson (George Walker Bush, 43rd US President) continue this most insidious legacy.

Born 1891 in Vienna to Jewish parents, Bernays was a nephew of the Austrian neurologist who founded the psychoanalytic school of psychology Sigmund Freud, and his most important, and influential, book, published in 1928, was titled Propaganda, and wherein he argued that “the manipulation of public opinion was a necessary part of democracy”.  And in Bernays own words from this book we can read the ‘master plan’ behind the disease he, and his banker and industrialist fascist allies, have inflicted upon the American people to this very day, and his reasoning for same:

“The conscious and intelligent manipulation of the organized habits and opinions of the masses is an important element in democratic society. Those who manipulate this unseen mechanism of society constitute an invisible government which is the true ruling power of our country. …We are governed, our minds are molded, our tastes formed, our ideas suggested, largely by men we have never heard of.

This is a logical result of the way in which our democratic society is organized. Vast numbers of human beings must cooperate in this manner if they are to live together as a smoothly functioning society. …In almost every act of our daily lives, whether in the sphere of politics or business, in our social conduct or our ethical thinking, we are dominated by the relatively small number of persons…who understand the mental processes and social patterns of the masses. It is they who pull the wires which control the public mind.”

At this point I would like nothing better than to tell you that your mind is your own, your actions are a part of your own thinking, or your views on everything have been formed by a mental process free from manipulation and coercion, but I can’t.  And the reason I can’t tell you this is because your actions betray who you really are, who really tells you what to do.

Not just since you awoke this morning, but for your entire life you have been bombarded by a constant and never-ending assault upon your senses meant for only one purpose…to control you. And as evidenced by your continued lack of action against the manipulation of your mind by those very forces who seek only to destroy you (after they’ve bled you dry of course) you allow it to continue, thus ensuring an outcome that has been planned before you were even born.

Your continued holding on to the false reality that you are an ‘individual’ has now become your worst enemy and is allowing Bernays and Lee’s ‘master plan’ to finally realize its ultimate goal…a World dominated by an elite class of politicians, bankers and industrialists who see you as nothing more than a slave indebted to them from the time you are born until the day that you die.

And without your even raising one hand against these monsters you are condemning your children and grandchildren to a future so bleak that they are now committing suicide in numbers so shocking one can only lower their heads in shame.

Will your child or grandchild be next? Will your wife? Your husband? Your neighbor?

As an ‘individual’ you are taught that this isn’t your concern, but remember, your being an ‘individual’ is a lie concocted by Bernays and Lee’s ‘master plan’ for human control which means that your inaction to help your fellow human beings is condemning you to the same fate you feel justified in ignoring.

What is your hope then?  It begins with your realizing that you are a part of everything, of everyone’s life you meet and that your fate is dependant upon everyone else’s. And once this most truest of life’s immutable laws is realized by you it must then be followed by action.

When you stop on a roadway to render assistance with others at a crash scene; when you and your neighbors converge upon the family that has lost their home due to fire or flood to give of what you have; when you drop all that you’re doing to gather with family at the deathbed of a loved one…all of these, and more, show you the truest ideal of who we are as a species….a race of loving souls who continually seek to show our need for family, society, communion…togetherness.

So as we enter into what may well be the last Christmas Seasons of this age, and as we all prepare for the tumultuous approach of a New Year where the pivotal decisions of our entire human race hang literally in the balance, it is our greatest hope for all of you that you reach far into the deepest part of your being and remember who you really are and why you are here on this Earth in the first place.

We also hope that in this time of giving that you remember us too and give to us what you are able to so that we can continue to provide you the all of the important information about our World possible, so that in the coming battles ahead you will be armed with the most valuable resource anyone could ever wish to have… The Truth.

Our World has too many individuals; we all need Heros now…are you the 100th Monkey? Why don’t you try and find out?

Thank you, and from all of us to you and your families, may your holiday be bright and full of peace,

The Sisters of Sorcha Faal

(Please note that our ability to survive these hard economic times rests with the kindness and generosity of those, like you, we seek to serve and all who respond to this appeal, in any amount, with receive, at no charge, Sorcha Faal’s November, 2009/December, 2009 lecture series to the Sisters of the Order titled “Total War: the Collapse of the United States and the Rise of Chaos: Part 11”.  This is another one of Sorcha Faal’s most important lectures dealing with the coming timelines of war, famine, catastrophic Earth changes and disease as predicted by ancient prophecies.)