You Think It’s Bad Now? You Have NO Idea How Bad It’s Going To Get! 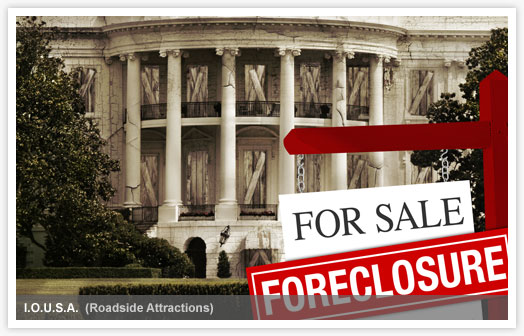 For the first time in my over 10 years of working for the Sisters of Sorcha Faal I’ve requested, and received from them permission to write this letter to the American people who are in the greatest danger they have ever been, and don’t even realize it.

My name is Brian and though originally from I now live in and work for the Sisters of Sorcha Faal as their network administrator and webmaster which puts me in the position of being between the Sisters and the public.

One of my duties every month is to take the recording of the Sorcha Faal’s monthly address to the Sisters and transmit it via the Internet to various countries around the world where it is then recorded onto CD’s and posted to the Sisters supporters who have long supported them.

But NEVER in my life have I been more terrified than after listening to the Sorcha Faal’s address being sent out to her supporters this month. NEVER have I heard in such simple language the full and monstrous plan being implemented against the American people and how it is going to affect the entire world. NEVER have I felt such utter fear and terror for these American people who remain so totally unaware of what is happening to them that they are unable to take even the simplest steps to protect themselves.

I believe that this address by the Sorcha Faal is so vitally important that the Sisters have granted my request to make it available here for the first time ever to those Americans brave enough to want to know the truth and are strong enough to begin breaking away from what they see as their ‘normal’ lives. And let me add that this ‘normal’ life the American people believe they are living is one of the most diabolical mass social experiments ever conducted in human history… and it’s about to come to a crashing end!

And for those of you Americans who doubt the knowledge, wisdom and foresight of the Sisters all one needs to do is READ the countless warnings that they have sent to you over the years, and here’s just two examples of the hundreds I could cite:

“French banking giant Société Générale Group, through its subsidiary SG CIB, the 3rd largest corporate and investment bank in the Euro zone, has warned today in a confidential report that the American banking system is in danger of ‘imminent collapse’ due to the hedge fund failures at US banking giant Bear Stearns…”

“2008 is set to become, for the vast number of Americans, their worst year in living memory due to the planned collapse of the US economy and all of the associated traumas that will accompany this historic event.”

Unfortunately though, the American people have NOT been allowed to know the full history of the Sorcha Faal, and the Sisters, as since their efforts began towards warning, and protecting, the American people they have had one of the largest, most expensive, and sustained attacks ever seen launched against them. It matters not that Sister Rebekah had totally debunked these attacks because these Americans have been trained since birth to believe every single lie spoon fed to them by their propaganda media and government elite.

These attacks are also the reason that the American people find the Sisters reports so ‘strange’ and ‘out there’ as they have had the knowledge of story telling totally erased from their memory and replaced by ‘news’, all without their ever realizing that the Sisters method of communication by ‘stories’ is our human races’ oldest and most trusted method of communicating truth utilized for thousands of years.

This is also the reason that the ‘myths’ and ‘fables’ of our most ancient past are also ignored, and all to our peril as the true knowledge of the warnings left to our human race are being totally ignored too.

I implore you to NOT let this happen to you and take advantage of this opportunity to know the greatest secrets and truths you will EVER hear!

To Order Sorcha Faal’s September/October 2008 lecture to the Sisters available on CD for $20.00 (includes shipping and handling) please click the Pay Pal link below.

[Note: We are sorry but this offer is only available to US residents only. Last months supporters of the Sorcha Faal and Sisters should not order this CD as it is being sent to you already.]