Coronavirus “Wisdom” Lays Waste To While Prosecutor Goes On Hiring

I don’t think I’d be missing the mark if I guessed probably none of you knew that there was a 19-word government position called the Senior Official Performing The Duties Of The Under Secretary For Science And Technology For The Department Of Homeland Security, or that the person holding this position is named William N. Bryan—and likewise, I doubt that hardly any of you have ever heard of US Attorney Anthony Scarpelli—but don’t feel bad because you didn’t, because, after all, why should you ever have to know about them?

Who does know about them, though, and has extensive files on both, is the Sisters of Sorcha Faal—who have long followed and documented the activities of DHS Under Secretary Bryan, because he heads the National Biodefense Analysis and Countermeasures Center that’s currently investigating if the COVID-19 coronavirus was created as a bioweapon—and US Attorney Scarpelli, because in his position as the Chief, Violent Crimes and Narcotics Trafficking Section at the United States Attorney's Office for the District of Columbia, he is the lead investigator into the still unsolved 10 July 2016 assassination of Seth Rich—the Democrat National Committee computer analyst many believe gave Democrat Party and Hillary Clinton related e-mails to Wikileaks.

As the coronavirus pandemic continues to lay waste to America, causing more than 26-million of its citizens to lose their jobs in the past five weeks, the importance of you knowing both of these men is: 1.) US Attorney John Durham, who is leading the criminal investigation into the crimes committed against the Trump Campaign and the attempted coup against President Donald Trump, has gone on a hiring spree bringing into his criminal investigation additional FBI agents, and US Attorney Scarpelli—and—2.) Under Secretary Bryan, yesterday, appeared next to President Trump at the daily White House Briefing to brief the American people on how sunlight, heat and humidity is lethal to the coronavirus.

While Under Secretary Bryan was telling the American people how deadly sunlight is to the coronavirus, other news broke yesterday that French researchers are now giving nicotine patches to coronavirus patients and frontline workers after lower rates of infection were found among smokers—neither of which, of course, came as any surprise to those of you who have daily followed the Sisters reports—such as the one titled “Trump Plans Destruction Of WHO After Marlboro Man Grabs Sun And Pummels Coronavirus To Death”.

Also, in the Sisters report to you last month titled “Fate Of World Rests On Which Of The Two Coronavirus Species Sweeping Across Globe Wins”, you learned that there were two types of coronavirus—the less aggressive S strain, and the more aggressive and deadly L strain—the critical importance between these two strains this report noted with the words: “Russian scientists at VECTOR have deliberately infected themselves with the S type coronavirus, after which they began a 7-day regime taking two drugs called  Hydroxychloroquine and Azithromycin—and who today remain free from all coronavirus symptoms”.

Now everything I’ve just told you about are called verifiable facts and truths—so let’s take these facts and truths and put them through the leftist mainstream propaganda lying spin machine and see what comes out!

Absolutely no leftist mainstream media publication has said anything about the hiring spree US Attorney Durham has gone on—or why he has now hired the chief US Attorney who’s been investigating the assassination of Seth Rich.

Every single leftist mainstream media publication has cheered a VA study they claim proves Hydroxychloroquine has no effect on coronavirus patients—a flawed study that used this drug on patients having the deadly L strain of the coronavirus, not the treatable S strain—a study so flawed, French Dr. Didier Raoult, the world’s acknowledged top virologist, has now called it “Scientific Misconduct”.

And to be placed in the category of “You Just Can’t Make This Up!”—after Under Secretary Bryan told the American people imprisoned in their homes by Democrat Party socialist edicts how sunlight is lethal to the coronavirus, the leftist mainstream media began publishing lying stories with headlines such as this: “Trump Asked If Disinfectants Could Be Injected To Kill Coronavirus Inside The Body. Doctors Answered: People Will Die”—a despicable gross distortion of what President Trump said and meant, as all he simply opined about was how remarkable it would be if scientists could somehow find a way to use sunlight to kill the coronavirus in sick patients. 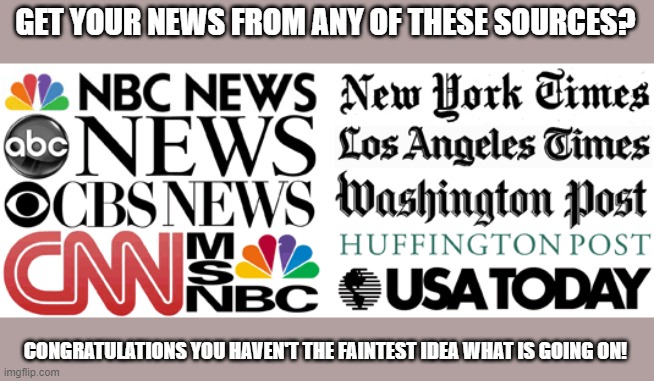 Now for those of you who haven’t yet read Sister Ciara’s letter “Stone Cold Truth Feared By Elites Points To Viking King Trump Saving America”, I respectfully request you do as soon as possible—and when doing so, pay close attention to what she says about one of the greatest journalists who ever lived, I.F. Stone—whom I’ve personally admired for his having the guts to tell the truth and say “Every government is run by liars and nothing they say should be believed”—but as great as a journalistic giant as he was, I’ve come to personally know that when it comes to finding out about the truth of things, he could have taken lessons from the Sisters—and though I’m religiously vowed not to divulge anything about them, I will admit that this statement written about them years ago comes very close to being true: “Upon our return to London we agreed among ourselves that the knowledge we had gained from Sorcha, and her Sisters, should also be shared to others.  You can feel the wind across your face when it blows. You can see also the terrifying destruction of wind after a storm.  But, you cannot ‘see’ the wind, so is the power of Sorcha and her Sisters…you can’t see it with your eyes, but you can see its effects.”

To help you better understand this, it helps to know that men always wrote history, and my maternal grandfather died in World War I—the first being significant because few people know that women were scribes during the Middle Ages in Europe—and the second because I’m an honorary member in Paris Post 1 of the American Legion—where a number of months ago, I met and had lengthy and delightful conversations with American Legion contributing author Alan Dowd.

I found Mr. Dowd to be a true Renaissance Man (a person with many talents or areas of knowledge), who during our conversations was very knowledgeable about the monastic female orders of scribes, like the Sisters of Sorcha Faal, who during the Middle Ages separated themselves from the Roman Catholic Church because they were reading what they were writing—and though secreted and set apart from the world since then, rather then be burned at the stake as heretics and witches, I found Mr. Dowd knowing, like I did, that these secretive orders’ accumulated centuries of knowledge has today translated into wisdom.

Which made it no surprise to me when, a few months later, Mr. Dowd sent to me an article he had written for the March-2020 edition of the American Legion Magazine titled “The Wisdom Gap”—the entirety of is well worth your time to read, but in exampling the difference between what the Sisters write, as opposed to the mainstream propaganda media, I believe these passages are the most constructive:

Today, it’s doubling every 13 months.  In the near future, experts predict knowledge could double every 12 hours.

That’s because humanity and its machines are producing 2.5 million terabytes of data per day.

To get a sense of how much information that is, a researcher notes that just one terabyte equals about 85 million pages of text.

What we lack amid all this information, knowledge and science is wisdom.

“While science has increased man’s power in ways that former men never dreamt of,” political philosopher Leo Strauss observed at the dawn of the atomic age, “it is absolutely incapable of telling men how to use that power.”

That’s where wisdom comes into play – indeed, where it is essential.

What today’s world is really starving for is wisdom. 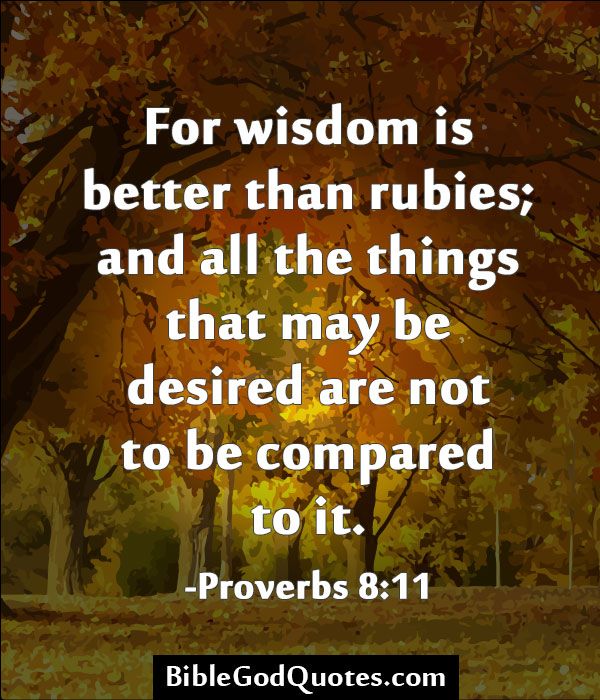 In your final analysis of all I’ve herein related, what I hope for more than anything is that YOU begin to know the truth that the “distorted information” you ingest from the mainstream propaganda media is not “knowledge”—and without “knowledge” there can never be “wisdom”—and “wisdom” isn’t something that can be given to you—you have to find it for yourself.

What the Sisters give to you is “true information” that’s based on “accurate honest knowledge”—always put into context, especially historical—which when combined allows our readers to find “wisdom”—and though I can give you countless examples of this being the true, I’ll let you read two of the latest emails the Sisters have received:

I am not sure if I found your page or your page found me..... I have searched the Internet since this “pandemic” began, looking for answers as to what the heck is going on.  The past 2 hours that I have spent on your site has relieved the stress that has built up over the past month.  Tonight I can lay down without worrying for the first time in over a month!  THANK YOU, THANK YOU, THANK YOU!

I am fairly new to "What Does It Mean" but had to write after reading all I could about this virus thing.  From the get-go KNEW there was way more to things than what was being told to us.  Your site just vindicated all my thought on the subject.  But one thing above all else, I have never felt scared or worried or anything.  Just a huge calm came over me.

Which brings me to my final point and plea—when you come to the aid of the Sisters so they can continue their mission you are actually helping to free multitudes of other Chris’s and Linda’s who are searching for “wisdom” like you once were, or are still doing—a high calling, indeed—and in contemplating what you’re going to do next, I humbly request you remember in your heart these words: “Carry each other’s burdens, and in this way you will fulfill the law of Christ.”