On 25 March 1931, nine unemployed young black men, illegally riding the rails and looking for work, were taken off a freight train in the Southern Democratic Party stronghold State of Alabama, in the city of Scottsboro, and held on a minor charge--Scottsboro police officials then found two white women, Ruby Bates and Victoria Price, and pressured them into falsely accusing the nine youths of raping them on board the train—and that quickly earned these young black men the death sentence.

On 9 July 2018, President Donald Trump nominated US Federal Judge Brett Kavanaugh for the US Supreme Court in the Democratic Party stronghold city of Washington D.C.—Democratic Party officials then brought forth three white women, Christine Blasey-Ford, Deborah Ramirez and Julie Swetnick to falsely accuse this esteemed jurist of sexual assault and gang rape—and whose fate three time US presidential advisor Patrick Buchanan has warned about by declaring that this “Kavanaugh lynching is a dress rehearsal for the impeachment of Donald Trump”.

Covering news events such as these, you should know, are what are called “newspapers of record”—that are major newspapers that have a large circulation and whose editorial and news-gathering functions are considered professional and typically authoritative, and in the United States happens to be The New York Times.

During the 1930’s, the New York Times covered the events surrounding these young black men being falsely accused by a powerful Democratic Party power structure—and though using idioms and words deemed unacceptable in today’s politically correct atmosphere, nevertheless stuck to their professional reporting of the facts.

Anyone reading the New York Times today, however, can plainly understand why Judge Kavanaugh declared that he was living in the “Twilight Zone”—as not just some reporter, or an anonymous opinion piece writer, but the entire Editorial Board of this professional and authoritative “newspaper of record” authored an article titled “Why Brett Kavanaugh Wasn’t Believable, And why Christine Blasey Ford Was”—and wherein both logic, and over 1,000 years of Western legal principals, were destroyed as they shockingly claimed that all of the witnesses who denied Blasey-Ford’s accusations against Kavanaugh did no such thing, they just said they didn’t remember anything—and their, likewise, stunningly claiming that Blasey-Ford had actually bolstered her allegations by not remembering when or where they occurred.

This Editorial Board of the New York Times further stated that Judge Kavanaugh couldn’t be believed at all because “his biggest problem was not his demeanor but his credibility, which has been called in question on multiple issues for more than a decade, and has been an issue again throughout his Supreme Court confirmation process”—but who fail to document a single fact proving this outrageous claim is true—but that, anyways, led to their concluding that Kavanaugh was guilty, and Blasey-Ford could be believed because of the fact she has no witnesses, nor can she name a date, or location, of where anything she claims happened—and that’s the very definition of “White Female Privilege”! 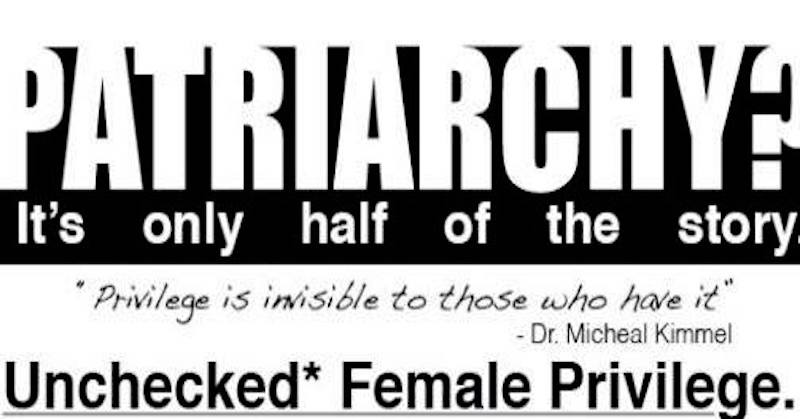 Now I’ll be honest with you folks, I’m an ocean away from where all of these momentous events in America are now occurring, and am actually glad to be so as I can view everything that’s happening dispassionately, and with an eye on history to better understand its true origins, and what could be its most predictable outcome—and in doing so, now has me wishing I could go back in time, to when Judge Kavanaugh was first nominated, so I could give him the “The Green Book”—let me explain why:

Firstly, the Democratic Party defended slavery, started the Civil War, founded the KKK, and fought against every major civil rights act in US history—and who, after their losing the Civil War to Union military forces loyal to the Republican Party and its President Abraham Lincoln, instituted in their Southern States power bloc what is now known as the Jim Crow Era—that was an apartheid regime that denied rights to black peoples living there thus subjecting them to outright slavery.

In 2010, the Northwestern University School of Law (member of the “T-14”, a prestigious group of 14 US law schools that enjoy national recognition) published in their globally prestigious The Journal of Criminal Law and Criminology a rigorously documented report titled “One Hundred Years of Race and Crime”—and whose most important phrase for this discussion we’re having states: “Instead of a formally discriminatory legal regime under Jim Crow, the caste system of mass incarceration relied on the unchecked discretion of police officers and prosecutors that prevented anyone from bringing legal challenges against them.”

As you can imagine, any black person traveling to the Democratic Party controlled Southern States during the Jim Crow Era, literally, took their lives into their own hands—and is why for decades, “The Green Book” was the black traveler’s lifeline—and one of whose constant warnings was how “uppity negros” not knowing their place would be falsely charged by Democratic Party police and justice officials for raping and/or sexually abusing white women, and then be either lynched or sentenced to death—but whose warning, obviously, was not heeded, in 1955, by 14-year-old Emmett Till—who traveled with his family from Chicago to the Democratic Party stronghold State of Mississippi, “got uppity” with a white woman named Carolyn Bryant, after which he was sadistically beaten, shot multiple times, and then lynched. 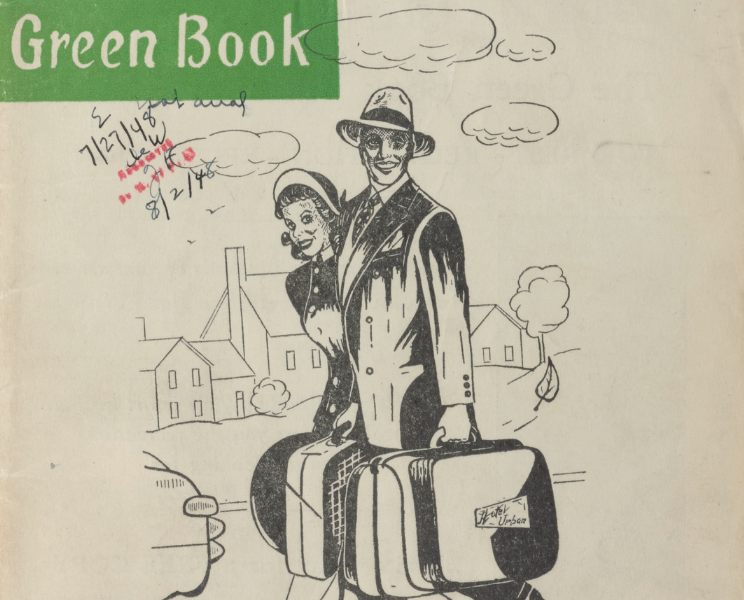 In the decades following the brutal race murder of Emmitt Till, the peoples in the Southern States of America eventually threw from power all of their sadistic Democratic Party overlords and placed into power over themselves Republican Party leaders—but whose most fatal consequence of saw these demonic Democrats reestablishing their power base in the Northern States of America and California—most particularly in these regions’ major cities whose black peoples today live in conditions exactly like those experienced by their Southern Plantation ancestors—and that, also, sees these black peoples living a “cradle to grave” existence provided to them by their Democratic “masters”, and whose numbers are controlled by one of the largest genocides in human history, that these Democrat monsters call abortion. 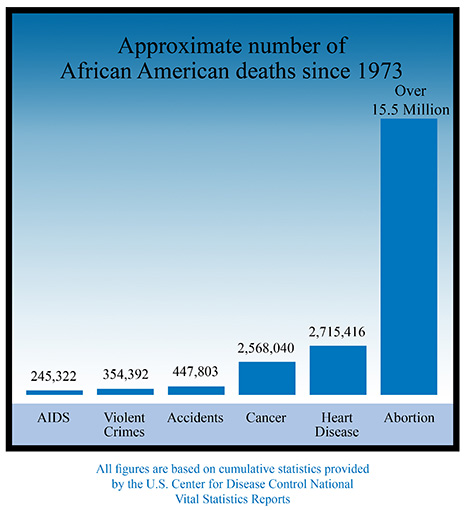 For decades, these Democrats have been fought against by the Republicans who are seeking to free the black peoples of their nation, with one of these Republicans most pivotal conflicts being to stop the Democrats wholesale genocide of black babies, whose ultimate conflict for will take place in the US Supreme Court—and that, in 1991, saw these Democrats savagely attacking Clarence Thomas with false sexual assault claims to keep him off the Supreme Court because they know he’ll vote against abortion—but whose false accusations were met squarely by Thomas who used unmistakable “The Green Book” language to fire back against his Democratic accusers by his angrily stating to them:

This is not an opportunity to talk about difficult matters privately or in a closed environment.

This is a circus.  It’s a national disgrace.

And from my standpoint, as a black American, it is a high-tech lynching for uppity blacks who in any way deign to think for themselves, to do for themselves, to have different ideas, and it is a message that unless you kowtow to an old order, this is what will happen to you.

You will be lynched, destroyed, caricatured by a committee of the Senate rather than hung from a tree.

Sadly folks, Judge Kavanaugh is facing yet another Democratic Party “national disgrace circus”, and whose leftist mob forces are preparing to lynch him like they tried to do to now US Supreme Court Justice Thomas—and YOU are the only ones, no one else, who are going to determine if this political assassination murder is going to be allowed to take place!

The reason for this being so Sister Ciara gave you overwhelming evidence for in her letter to you yesterday titled “October Revolution Forces Gather In America—With Only Trump Standing In Their Way”—and wherein she pleaded for YOU to support those of us behind and on the front lines of this war risking our lives daily—and that I’m, also, now pleading for you to do, too—and is as simple as you going below these words and giving us what you can today so we can survive and keep the truth flowing.

Finally, and as in all wars, you should always remember that those of us fighting for YOU need this support because we’re trying to keep it from reaching your doorstep—that you KNOW is true as we’ve been warning you about this for years—with your only having to ask yourself now, how close is America to erupting in flames?

You know the answer, now ask yourself what you’re going to do about it.