Warning To All Americans… 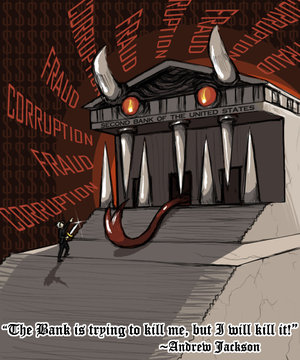 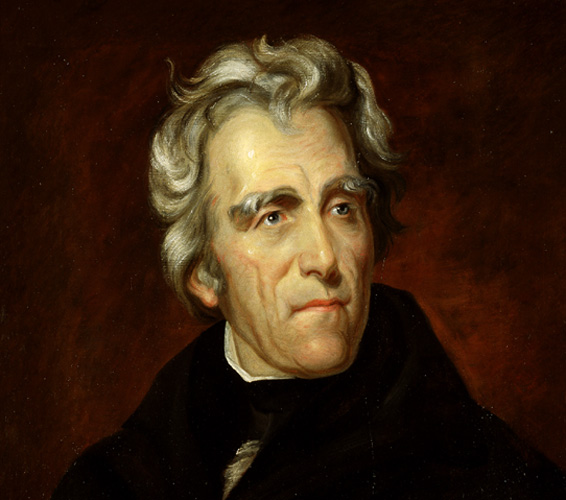 …You Are About To Be Destroyed

“The Division of the into federations of equal force was decided long before the Civil War by the high financial powers of .  These bankers were afraid that the , if they remained as one block, and as one nation, would attain economic and financial independence, which would upset their financial domination over the world.”  Otto von Bismarck, founder of the German Empire

If any of you Americans reading these words want to know, really know, what is the biggest danger you are facing is, just re-read the words above and then ask yourself…“Why didn’t I know this?”

The reason is a very simple one…BECAUSE YOU DON’T WANT TO KNOW!

Sure, you can blame your educational system that was specifically designed to make you economic slaves to your elite rulers.  You can also blame your greedy politicians who care ABSOLUTLY NOTHING about you, your family or your future.  You can blame your bankers who are stealing everything you have ever worked for, your corporations who sell you useless junk you don’t need and if their products kill you or make you sick couldn’t care less, or even your news media who are nothing but word whores for these same rulers, politicians, bankers and corporations that are even as these words are being written are filling their bank accounts with money they have STOLEN FROM YOU.

But it doesn’t matter who you blame, or even how mad or angry you get, ABSOLULTY NOTHING is going to stop these monsters from destroying you, your family and your entire Nation, and the only defense you have (that’s supposing you want your family to survive) is INFORMATION.

And INFORMATION is not just a word, it is POWER!

The POWER to know who and what is behind the destruction of your way of life.  The POWER to know how these monsters operate to achieve their agenda to totally enslave you. The POWER once you have knowledge how to put into a PLAN OF ACTION to save yourself and your family.

For you to EVER believe that these monsters are all powerful and that any attempt to fight against them is totally useless you couldn’t be more mistaken!

These monsters are so inbred, greedy and disgusting, that even today they are using the SAME EXACT PLAN they’ve used for centuries to destroy Nations and human beings…just like they are doing RIGHT NOW!

But let me tell you a secret, these monsters have no chance of winning if YOU STOP THEM!  That’s RIGHT.   YOU!

And if you want to believe that you are a non-combatant in this war you are seriously deluding yourself…and believe me when I tell you, that in the very near future you are going to see how very true these words are.

Can you even comprehend that just by your visiting this website, and all of the others like ours, that in these monsters eyes you have already chosen sides in this war?  Let me tell you the truth, you are seriously deluding yourself if don’t know how every single website you visit is going into a file that WILL be used to convict you of terrorism and at the best you WILL spend the rest of your life as a prisoner, at the worst you’ll be executed immediately upon your arrest.

“This Can NEVER Happen To Us”, said the Germans under Nazi rule….said the Russians….said the Chinese…said too many human beings to count, throughout history, having to battle these monsters….And DON’T FORGET that YOUR OWN ancestors who fought against these monsters to create the very country you are helping to destroy.

And I tell you with the utmost certainty that your Founding Fathers and ancestors would be ashamed of you.  And how do I know this?  BECAUSE THEY WARNED YOU ABOUT WHAT IS HAPPENING TO YOU NOW…YOU STILL REFUSE TO LISTEN!

Today is your President’s Day Holiday, a day in which you are supposed to remember and honor those leaders who DEFENDED your Nation, kept it free and enabled you to have the seeming luxury of throwing it all away…and not to Abraham Lincoln should you be turning to as your ‘most popular’ President, but turn instead to Andrew Jackson (he’s the one in the middle photo) who best exemplified the courage needed to fight these monsters currently destroying your country.

“On July l0, 1832, President Andrew Jackson sent a message to the United States Senate. He returned unsigned, with his objections, a bill that extended the charter of the Second Bank of the United States, due to expire in 1836, for another fifteen years. As Jackson dryly noted, the bill was presented to him on the Fourth of July, a day freighted with portent.

Today Jackson's Bank Veto and the political conflagration known as the “Bank War” that it touched off seem arcane and nearly incomprehensible. While misdeeds among the rich and powerful still garner headlines and incite congressional inquiries, the core instruments of our economic system-the network of banks capped by the Federal Reserve; the corporate form of business enterprise; the very dollars in our wallets, issued and guaranteed by the federal government—are utterly taken for granted. That these could have been the subject of controversy, that anyone could seriously contemplate organizing American capitalism differently, seems nearly unthinkable. Andrew Jackson is recalled today, when recalled at all, for other things, primarily as the architect of forced Indian removal. His face on the $20 bill is a mystery to many, an outrage to some, and, to the knowing, a curious irony.

Yet, in its day, nothing galvanized American political conflict more than banking, currency, and finance. In the republic's first half-century, no subject, save foreign relations and war, gave greater vexation to American statesmen or aroused more heated public debate.”

Listen closely now….you are NEVER going to know as much as we do about how to battle, and survive these monsters, but then again, you don’t have to either.

For as long as these monsters have been around, so have we and others like us…always vigilant and always prepared to impart our vast knowledge to yet another generation lost in the fear and confusion of the chaos these monsters so love to enact their cruelest plans.

All YOU have to do, what is actually your RESPONSIBILITY, is to use the INFORMATION we give you, weigh it against the mainstream propaganda being forced into you, and then decide for yourself who has been lying to you and who has been telling you the TRUTH.

Now the mountain we have to climb in getting you to see the TRUTH is very high, but not insurmountable.  It goes without saying that to many who read us our reports are seemingly ‘out there’ and seemingly disconnected from the description of the events doled out to you by your mainstream media.  But guess what? That’s by deliberate design because YOU have lost the ability to know how to read and then process what you read, which means that we then have to find those devices most effective in breaking through the programming that has nearly completely brainwashed you.

Here is one of the simplest, though not totally inclusive, descriptions of what these devices are:

“The words "conspiracy" and "spirit" come from the same Latin root: "spirare," which means "to breathe." A conspiracy then is people who are "breathing together" - spirits that have come together.

Taken in this light, it's especially interesting that the word "conspiracy" always has such negative, often illegal connotations in the English speaking world. They are inherently trained to believe that the act of spirits "breathing" together is a nefarious thing which will lead only to ruin and social chaos.

Also interesting is the etymology of the word "theory," as in "conspiracy theory."

"Theory" is supposed to be derived from "theoros," Greek for "spectator." This means that "conspiracy theory" would then mean "someone who watches spirits breathe together," which is such a more eloquent and beautiful notion than the way that we're all accustomed to seeing so-called conspiracy theorists.

Conspiracy theory is a practical technique whereby we rearrange outward semiotic structures, and in so doing make psychological and spiritual changes within ourselves. Conspiracy theorists concentrate their time on transmuting the "base matter" of current events, official stories, propaganda and public relations into the gleaming golden truth buried within.

We do this through the very right-brained activity of uncovering and inventing connections between disparate elements. We [concoct] story-systems to understand and explain events - essentially a religious activity. For [whatever] reason, it's much easier for us to deal with our internal contents by projecting them into the world around us.

These outward signs inevitably become carriers of the archetypal content and psychodrama latent in the seeker. Conspiracy theory also overcomes the strictures of literalism and the problems of simplistic thinking by experimenting with multiplicity of meaning.

Ordinary events, people and signs become symbols bristling with complex, malleable, even contradictory meanings. Mystery is revived and idealized. Facts become more than the sum of their parts. Theory becomes poetry and even theology.”

Though you don’t even realize it, even in these words you have read on this page lies embedded a ‘gleaming golden truth’ that without your even realizing it has entered into your mind, is connecting with other thoughts and ideas laying dormant in you, and too those who combine it with ACTION will have placed within them all that is needed to ensure their survival.

Now, since most of you Americans are on holiday today, I highly suggest that you take a few hours to watch “How International Bankers Gained Control of America” to gain a greater understanding of what has led your Nation into the mess it is currently in. If you can, get your husband, wife, children and friends to watch it with you and then discuss this new INFORMATION among you.

I’d also like to ask each and every one of you to help us in our efforts by giving what you can today.  Every gift to us helps not only you, but countless others who in these dark times are seeking the truth, and though it has been nearly taught out of you…we are all a family, and only by working together can we survive.

You have many terrifying decisions that will be facing you in the immediate future, but none that we haven’t faced before and successfully dealt with many times over. But more than anything else, our mission is to help you so that you can then help others as you have been helped.

INFORMATION is YOUR ONLY HOPE….don’t turn it away!

(Please note that anyone answer this appeal with receive, at no charge, Sorcha Faal’s November, 2008/December 2008 lecture series to the Sisters of the Order titled “Total War: the Collapse of the United States and the Rise of Chaos: Part 5”.  This is another one of Sorcha Faal’s most important lectures dealing with the coming timelines of war, famine, catastrophic Earth changes and disease as predicted by ancient prophecies. Note: This lecture is ready for immediate shipment and previous subscription subscribers will automatically receive this lecture.)