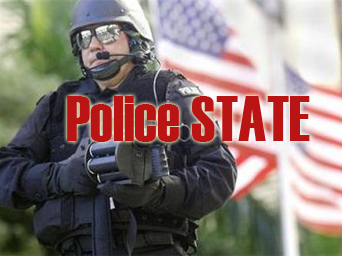 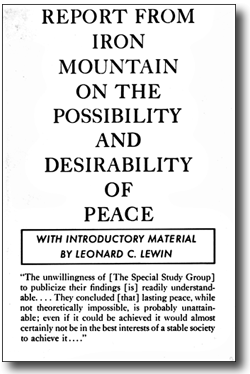 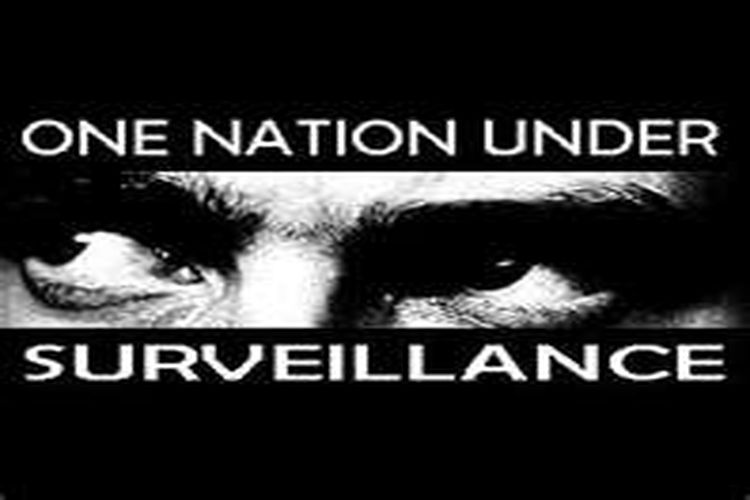 “War is not, as is widely assumed, primarily an instrument of policy utilized by nations to extend or defend their expressed political values or their economic interests. On the contrary, it is itself the principal basis of organization on which all modern societies are constructed. The common proximate cause of war is the apparent interference of one nation with the aspirations of another. But at the root of all ostensible differences of national interest lie the dynamic requirements of the war system itself for periodic armed conflict. Readiness for war characterizes contemporary social systems more broadly than their economic and political structures, which it subsumes.”

Report: SECTION 7 – SUMMARY AND CONCLUSIONS, under the subheading THE NATURE OF WAR

In 1962, President John F. Kennedy was presented with a detailed plan titled Operation Northwoods which called for US military and intelligence agencies to commit acts of terrorism on the American people that, in turn, would be blamed on thus justifying an invasion of that Caribbean island nation and its subjugation to the .

A shocked President Kennedy outright rejected this plan, and in early 1963 ordered a Special Study Group of fifteen men, whose identities were to remain secret, to prepare for him a report on the feasibility of ending the Permanent War Economy the United States had begun in 1944 during World War II, and that his predecessor, President Dwight Eisenhower, warned the American people in his farewell address would eventually destroy their country if allowed to continue.

During the early part of June, 1963, President Kennedy was presented with the results of his Special Study Group they had titled: Report From Iron Mountain On The Possibility And Desirability Of Peace.

The essence of this report stated that before consideration of a peace scenario, “it must be recognized that war is the foundation of our social systems. The nature of the war system, and the functions it performs for society must be explicitly understood, and replacements for those crucial functions must be ready before any abandonment of the war system is contemplated; before peace could ever work.”

The Iron Mountain Report breaks the functions of war down into five categories; economic, political, sociological, ecological, cultural and scientific.

Economically, war has throughout history stabilized and provided a system for controlling national economies.

Politically, war, and the permanent possibility of war have been basic to stable government while propagating acceptance of political authority, maintaining “necessary” class distinctions, and subordinating citizens to the state. The Report claims that without sustaining credible threats of war, no modern rulers have been able to maintain proper control.

Ecologically, war has been indispensable for balancing population with available supply of food and other essentials.

Culturally and Scientifically, war culture has shaped values in the creative arts, as well as motivating advances in science and technology.

Essentially, the Iron Mountain Report insists that without war, modern civilization would fall apart—unless substitutes can be devised to replace the functions of war summarized above.

Like his previous rejection of Operation Northwoods, President Kennedy, likewise, rejected the findings of the Iron Mountain Report, and on 10 June 1963 gave a commencement address to the graduating class of titled A Strategy For Peace wherein he rejected war and everything associated with it. To this day, A Strategy For Peace is remembered as one of Kennedy’s finest and most important speeches of all time.

Barely 20 weeks later, on 22 November 1963, President Kennedy was gunned down in , …and , nor the rest of the world, would ever know if his plan for peace would have succeeded.

What is known is that in 1967 the report became public when it was published and immediately became a New York Times bestseller. The American magazine US News and World Report further claimed in its 20 November 1967 issue to have confirmation of the reality of the Iron Mountain Report from an unnamed government official, who added that when President Johnson read the report, he “hit the roof” and ordered it to be suppressed for all time. Additionally, sources were said to have revealed that orders were sent to US embassies, instructing them to emphasize that the book had no relation to US Government policy.

On 26 November 1967, the report was reviewed in the book section of The Washington Post by Herschel McLandress, supposedly the pen name for Harvard professor John Kenneth Galbraith. McLandress wrote that he knew firsthand of the report's authenticity because he had been invited to participate in its creation; that although he was unable to be part of the official group, he was consulted from time to time and had been asked to keep the project secret; and that while he doubted the wisdom of letting the public know about the report, he agreed totally with its conclusions.

He wrote: “As I would put my personal repute behind the authenticity of this document, so would I testify to the validity of its conclusions. My reservation relates only to the wisdom of releasing it to an obviously unconditioned public.”

Six weeks later, in an Associated Press dispatch from , Galbraith went even further and “jokingly” admitted that he was a member of the conspiracy. The following day, Galbraith backed off. When asked about his “conspiracy” statement, he replied: “For the first time since Charles II The Times has been guilty of a misquotation... Nothing shakes my conviction that it was written by either Dean Rusk or Mrs. Clare Booth Luce”.

Galbraith’s, who was often called President Kennedy’s “Economist in Camelot”, bid to persuade Kennedy not to get more deeply embroiled in Vietnam is a standard feature in histories of the Kennedy presidency. But in a monumental 2005 biography, John Kenneth Galbraith, His Life, His Politics, His Economics, author Richard Parker tells the story in more depth and detail. He builds a powerful case, based on declassified government documents, and access to Galbraith and his papers, that the economist was a more potent influence than previous accounts have suggested. Parker shows him using all his charm and incisive intelligence to counterbalance those trying to push Kennedy toward full-scale war.

Galbraith’s linking of one of the most important 20th Centuries literary and political scions, Clare Booth Luce, to the Iron Mountain Report, however, “tipped the tide” against it among the elite classes in America, thus insuring that it would remain the singly most important, yet at the same time vilified, document of its kind to ever exist.

Clare Booth Luce, however, who was related to the theatrical Booth family, (after the assassination of President Lincoln, in 1865, members of her family added the “e” to their last name in order to disassociate themselves from John Wilkes Booth) became associated with the Sisters of Sorcha Faal during her time as the United States Ambassador to Italy in the early 1950’s, and after Galbraith linking her to the Iron Mountain Report, in 1967, confided to the Sisters the information relating to its authenticity.

Even to this day, the Booth family remains committed to the goals of the Sisters, and in this seminal work, the Sorcha Faal is allowed, for the first time, to tell the entire story of the Iron Mountain Report, and its grave consequences for the entire world, especially America, as 2013 becomes the “final year” of the most draconian moves behind its recommendations that bodies be created to emulate the economic functions of war,  “blood games” become commonplace, that the government create alternative foes that would scare the people with reports of alien life-forms out-of-control pollution and climate change, and its most cruel proposition for the reinstitution of slavery.

For your most complete understanding of the shattering and horrific events soon to come, and your protection against them, this is a must have book for your survival library as it allows you to put all of the pieces in this most complex of puzzles together for yourself allowing the entire truth to be revealed.

Click Below To Order Today!  (Note: This is a Special Limited Edition)