“AI will probably most likely lead to the end of the world, but in the meantime, there'll be great companies.”

As circumstance and providence has provided, though, rapidly changing global events have collided over these past few weeks with our many years of warning you of the greatest threat facing humanity—which is the early 20th Century scientific discovery of how to extract nitrogen from our atmosphere that has unleashed a fury upon our world more threatening than nuclear bombs.

Over the past century since this discovery, our world’s population has exploded due to this artificially produced nitrogen being unleashed to fertilize the crops needed to feed billions of human beings—but whose consequence of is destroying the ecosystem of our planet as it’s unable to absorb all of the excess nitrogen being pumped into it, and is why, over these past few years, we read stories of plants all over the globe growing into strange, circular patterns—the smell of death exploding the world over as mass die offs of fish and birds continue—hundreds of millions of trees dying off throughout North America—global red tides all around the world beginning in the late 1980’s—and are but a few of the tens-of-thousands of other such examples I could give you about how nitrogen poisoning is leading to the end of the world.

You, of course, know nothing about this ongoing catastrophe, but the same cannot be said about the leading minds of science—who, for over 30 years, have worked to find a solution to this crisis—with their main efforts being focused on genetically modifying food plants to use less nitrogen—but all of whose efforts have not only ended in failure, they’ve actually made things worse—most particularly because they had to invent a new way to cook genetically modified foods to eliminate some of their most dangerous side effects, that we now know as microwave ovens—but that destroys all of nutrients it cooks—and as food is information for the cells, and if the body no longer recognizes what is going in, then it cannot utilize nutrition that is no longer there—and is why the world’s rate of once uncommon diseases are skyrocketing—except in Russia, who have long banned microwave ovens because of the threat they pose.

Now, just this past week, scientists are reporting their discovery of the most destructive virus they’ve ever seen—that has driven into extinction 90 species of amphibians the world over, and threatens hundreds more, and if happens, would see our world having no more frogs.

At this early stage, it’s yet to be determined what the main cause of this destructive virus is—but whose nexus, most assuredly, lies in nitrogen poisoning and/or the genetically manipulated plants designed to stop this threat.

Going from bad to worse as our world continues dying off because of nitrogen poisoning, a new weapon is being developed and deployed to counter this threat called artificial intelligence—otherwise known as AI, and is intelligence demonstrated by machines, in contrast to the natural intelligence displayed by humans and other animals—but what’s most important for you to know about, I’ll demonstrate in the photo equation below: 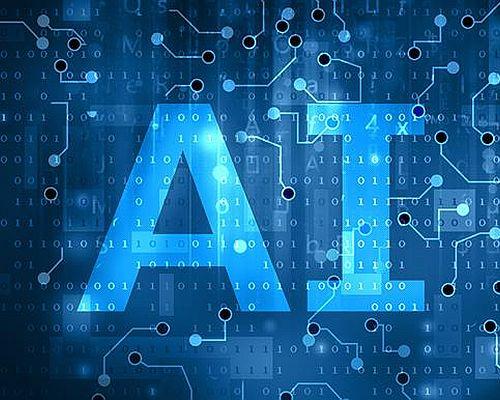 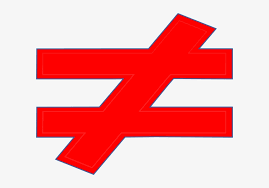 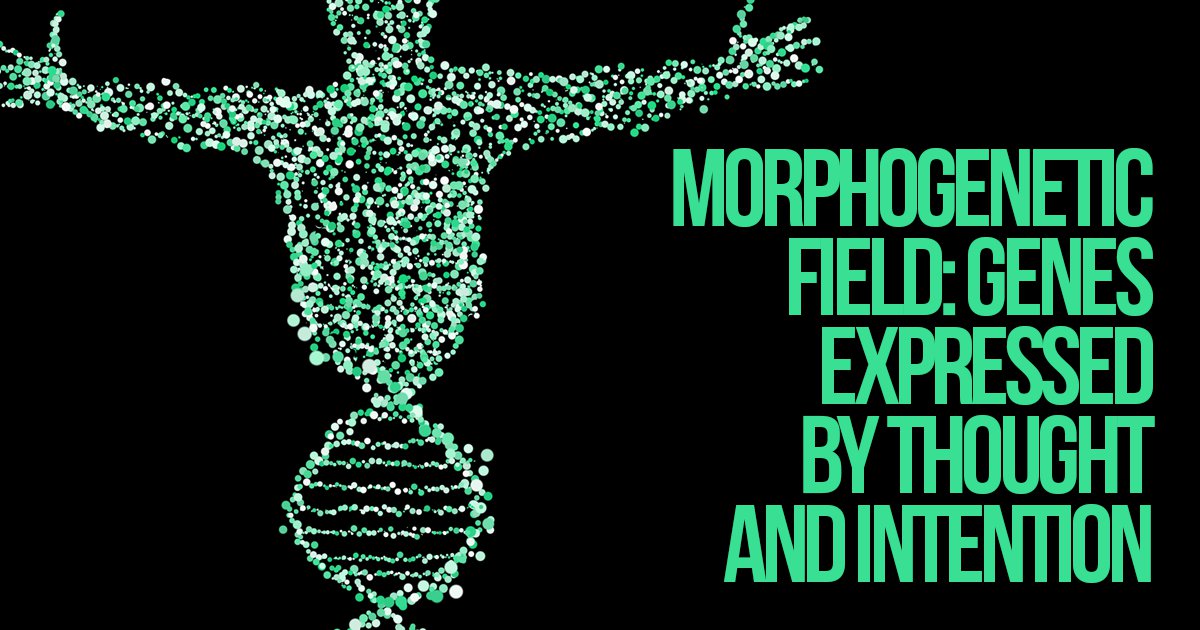 In simple words, this equation states that AI does not equal MF—meaning that computers, no matter how fast, or how much information can be stored in them, can EVER equal the powers of a biological human brain—and in spite of the many sensational headlines you’ve read, the actual reality of AI is best stated as: “Strip away the gee-whizz research that hogs many of the headlines (a computer that can beat humans at Go!) and the technology is at a rudimentary stage.”

MF, on the other hand, stands for Morphogenetic Field—which is the science whose astounding discoveries over the past 50 years point to all life being contained in electromagnetic fields unique to each species—whose fields extend beyond each living species to cover the entire world—and is why, for example, a bug developing a tolerance for a pesticide applied in America, instantly passes its immunity to bugs in Asia—and rats learning how to navigate a maze in Europe, sees their counterparts in Australia instantly being able to copy them.

British Royal Society research scientist Rupert Sheldrake, Ph.D. is one of the world’s leading researchers into Morphogenetic Fields—whose curiosity into this branch of science began when he was researching plant growth while working for the government of India—and was where he noticed that the cells of every plant in the world are identical—his further noticing that all animal cells are identical, and all human cells are identical, too.

With all of the cells of each living thing on our planet being identical, and only different between species, Dr. Sheldrake asked the logical question: “If a hand cell is identical to a foot cell, and a heart cell is identical to a lung cell, then how do these cells know what they’re supposed to multiply and grow into?”

This simple logical question asked by Dr. Sheldrake led him to discovering that modern scientific literature had no answers—literally none, as to even ask this question amounted to heresy within a scientific community who viewed all living things as nothing more than machines—and to admit otherwise, would have them admitting that “unseen” and “unknown” forces they’ve yet to discover actually control humanity—but at the same time they freely admitted this existed in the plant, insect and animal worlds.

Over the past decade, however, scientists around the world began conducting hundreds of experiments into Morphogenetic Fields—two of whose monumental discoveries this past week alone proved the existence in human beings of a “visual ear” that allows us to hear pictures—and even more astoundingly, proved that human beings are able to sense magnetic fields the same way that honeybees, salmon, turtles, birds, whales, and bats are able to.

I have no doubt that many of you haven’t heard about Dr. Sheldrake or Morphogenetic Fields—that goes the same for your not knowing about Dr. Ignaz Semmelweis, who, in the mid-1800’s, discovered that doctors washing their hands with bleach after seeing patients kept diseases and infections from spreading, but was ignored by the scientific community who ostracized him—or Dr. Barry Marshall, the Australian doctor who, in the early 1980’s, discovered that a bacterium caused ulcers, and could be cured by simple antibiotics, a discovery, however, the entire scientific community called rubbish—but had to gruelingly admit was true in 2005 when Dr. Marshall received the Nobel Prize.

My purpose today of acquainting you of these things is because in the infinite wisdom of American military scientists—who have just had to ground their entire B-1 strategic nuclear bomber fleet because they can’t protects its pilots—have, also, proclaimed that they’re “absolutely unapologetic” about perusing AI powered weapons—while at the exact same time, the United States has announced to the world that it won’t rule out a nuclear first strike upon anyone they so choose—with nuclear weapons, mind you, that will sooner than you think be controlled by AI systems—and is why Sam Altman, one of the world’s leading AI experts, has warned: “AI will probably most likely lead to the end of the world, but in the meantime, there'll be great companies.”

As insanity reigns supreme over vast swaths of the American population today, I felt it my duty to inform those few of you who are reading this of these true things that are happening—with my fervent hope being that you’re able to pass this knowledge on to others—and that, according to the astounding new scientific discoveries being made, you’ve actually just done, because in your reading of my words, this knowledge has now been “uploaded” to all of humanity’s Morphogenetic Field!.

And make no mistake about this—the true and real reason you’re seeing such a massive censorship by high technology companies like Google and Facebook is because, like us, they know the power of humanity’s Morphogenetic Field—and are terrified of how it instantly makes true knowledge available to those who aren’t even aware they’re being affected!

That is why, you should know, our efforts to keep the truth from being hidden is more vital to our world than ever before—but is an effort that can only be continued with your support—TODAY!

As our Lord created the Morphogenetic Fields that “each to its kind” species of life on our world lives within, I humbly remind each of you, too, of the words of instructions given to us as to how we’re supposed to function within our “field” so that we all best benefit: “A generous person will prosper; whoever refreshes others will be refreshed.”

(Please note that those who respond to this appeal, in any amount, will receive, at no charge, Sorcha Faal’s March, 2019/April, 2019 lecture series to the Sisters of the Order titled “Total War: the Collapse of the United States and the Rise of Chaos: Part 85”.  This is another one of the Sorcha Faal’s most important lectures dealing with the coming timelines of war, famine, catastrophic Earth changes and disease as predicted by ancient prophecies.)