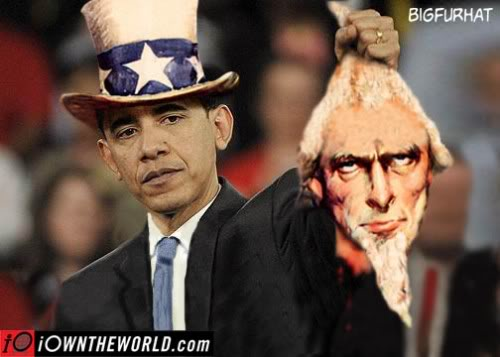 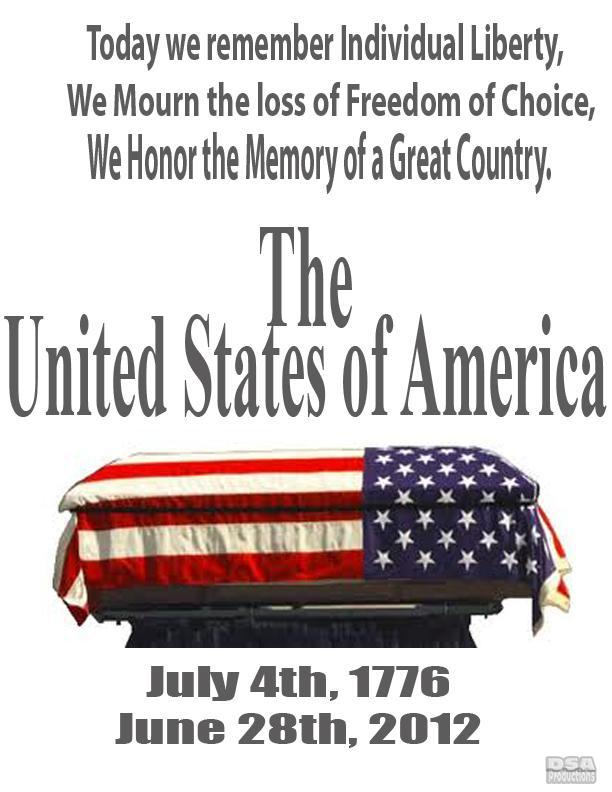 “Until they became conscious they will never rebel, and until after they have rebelled they cannot become conscious.”

As tens of thousands continue their massive protests in Spain and Italy against the largest and most draconian cuts to social and welfare spending since the Great Depression, and at a time when the entire global economy is sliding ever closer to the abyss, one can’t help but wonder what has happened to the people of the United States as they continue to remain silent against those forces from within their own country that caused this unprecedented catastrophe to happen in the first place.

A “clue” to this mysterious silence can be found on many right-leaning news websites that proclaimed the death of after their recent Supreme Court ruling upholding what they call the Obamacare law.

Another “clue” can be found in the pages of many left-leaning news websites blaming ’s ills on its wealthy, elderly and mostly conservative population who aren’t doing, or giving, their “fair share.”

President Obama joined into this battle yesterday on the side of the leftists when in a speech to supporters he stated that American business owners owe their success to government investment in infrastructure and other projects -- saying “if you’ve got a business, you didn’t build that.”

Missing from Obama’s rhetoric against private American businesses, of course, was that the government wouldn’t have had to money to build a vast infrastructure in the first place without taxing those same private businesses that in reality paid for it.

Missing from the rightist’s rhetoric against their “socialist President”, and the leftists supporting him, is any acknowledgment of suffering being put upon the middle and lower classes of their society whose lives are being destroyed because of the greed inherent in America’s elite classes.

Not being put forward to any American citizen by either of these forces are the very real and doable solutions to overcome this present crisis, but require great compromise from all of the parties involved.

By looking at the facts one can plainly see that the powerful forces behind the scenes controlling both the left and the right have but one single objective….Civil War.

What is not plainly seen by the American people, or their European counterparts either, are that the “powers” behind both the left and the right are the same, they are masters at this game, they’ve been playing it a long time, and they rarely lose.

Little known to any American or European though is that , the country that started the current crisis we’re in back in 2008, did exactly what these “unseen powers” predicted they wouldn’t do and rebelled when their economy was deliberately crashed.

Unlike what the Americans and Europeans masses are doing today, the people of Iceland united as a single group, threw out all of their leaders and politicians, put most of them on trial and convicted them, kicked all of the international bankers out of their country, and, most importantly, refused to pay those greedy banksters back a single penny of the debt their elites put upon their backs.

Today, nearly 4 years after the people of Iceland revolted, they people of that North Atlantic island nation have one of the fastest growing economies in the world, and with the value of their currency having been cut in half are becoming an export powerhouse as their goods are cheaper than nearly anyone one else.

Respected British publisher Dan Hind, the author of two books, The Threat to Reason and The Return of the Public, recently noted that “Iceland isn't a model for Ireland. It is a model for the whole European Union.”

To why the Americans are not following the example set by is simple to answer….they aren’t being told about it!

To who isn’t telling them one need only note that a staggering 90% of everything the American people read, watch or listen to is controlled by just 6 corporations:  GE, News Corp, Disney, Viacom, Time Warner, CBS.

The people of , on the other hand, have long distrusted the so called “mainstream” media with nearly 85% of their population supporting nearly every alternative news website they could.  And when it really mattered, when they needed to know the whole truth and nothing but the truth, where do you think they went?

Unlike , the peoples of American and remain enslaved to their “mainstream” media overlords and continually fail to realize the extreme danger they are putting themselves in.

What I implore all of you reading this to do today is to not let this happen to you!  With each passing day more and more people are awakening to the lies they are being told, while at the same time those places devoted to telling them the truth are disappearing in shockingly high numbers.

We are one such place of truth that is constantly in danger disappearing too, but you can, TODAY, do something about it!

As we always remind you….if every one of you reading this gave just $20.00US our budget would be met for an entire year!

If the truth isn’t worth at least that much than what is it worth?

And if you really want to see the difference between truth and lies just go to WhatDoesItMean.Com first and see what’s happening in the world today, then go to any of the “mainstream” news sites and you’ll fast discovery not only how much you aren’t being told, but have to face the fact that “they” don’t want you to know it.

Please give what you can, the future is arriving much sooner than you can ever know!

(Please note that those who respond to this appeal, in any amount, will receive, at no charge, Sorcha Faal’s August, 2012/September, 2012 lecture series to the Sisters of the Order titled “Total War: the Collapse of the United States and the Rise of Chaos: Part 29”.  This is another one of the Sorcha Faal’s most important lectures dealing with the coming timelines of war, famine, catastrophic Earth changes and disease as predicted by ancient prophecies.)